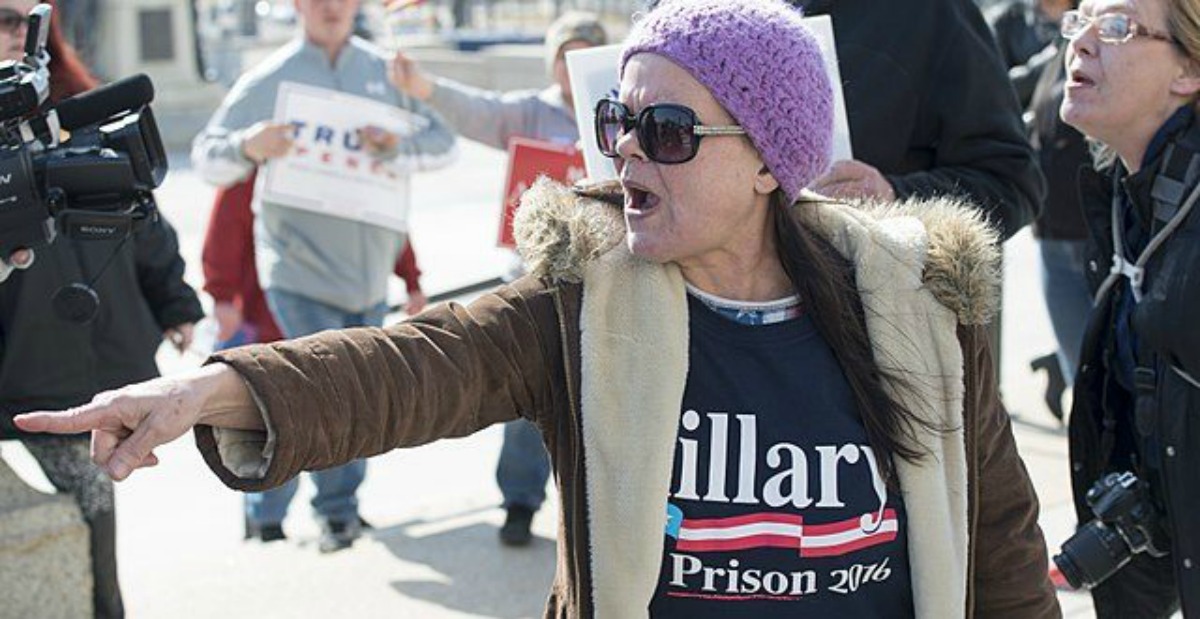 The American Spectator has published a quite brilliant polemic by Dov Fischer. It is about the hallucinatory hypocrisy of the left in its sustained attempt to defame and destroy the presidency of Donald Trump, and it is an utterly excoriating, eviscerating, savage must-read. And it’s so, so true.

Here’s part of it:

“The man honors Martin Luther King — and they call him “racist.” He goes to civil rights museums, and they call him “racist.” He meets in the Oval Office with presidents of Black Colleges, and they call him “racist.” If he goes to the Civil Rights museum to honor African American heroes and their struggle for equality and justice, then they will not go. But if he does not go, then they will go and say “Look at how the racist did not come to the museum.” For half a century, no one ever accused him of denying people employment or demoting them or underpaying them based on color, ethnicity, creed, or sexual preference. And suddenly the hypocritical likes of Nancy Pelosi, whose Congressional District population is less than ten percent African American, calls him racist.

“They likewise called him fascist and compared him to Hitler. “If Trump is elected, we will lose our freedoms and become a fascist Nazi country.” Did Hitler visit Civil Rights museums and say that all Germans bleed the same red blood? Did Hitler celebrate Chanukah in the Reichstag and invite rabbis to a telephone conference in advance of Rosh Hashanah to wish all Jewish citizens blessings for a good and healthy New Year? When President Trump’s executive orders on immigration were stifled by liberal Democrat-appointed judges, did he have the judges arrested? No, he grumbled and tweeted, but he honored the rule of law as laid out in the Constitution. As the Democrats, the “Resistance,” have attempted to sabotage his every step, has he had them detained? No, he has tweeted. He has turned to the American public, exposing the plague of Fake News that permeates everything from the Washington Post (tweeting half-empty stadiums?) to the New York Times (watching eight hours a day of television?) to ABC (Brian Ross?) to MSNBC (all of it) to CNN (employees terminated for Fake News). He lives with the Fake News and unjustified smear jobs — Do we really care whether he drinks more Coke than Obama snorted? — and he responds by appealing to his supporters, honoring the Constitutional process. We know the legislation he has wanted, but when the Republican Senate would not give him the votes, he had to postpone repealing and replacing Obamacare. When his proposed tax bill demanded horse-trading to pass, he traded horses. In every way, he has been the consummate Constitutional President, tested as no one since, yes, Lincoln and Andrew Johnson. They even have the temerity to question his sanity, his mental stability, his fitness under the 25th Amendment to hold high office, claiming that he slurred three words while delivering a teleprompter speech, even though he soon thereafter delivered a masterfully colorful, articulate, and wildly crowd-pleasing 80-minute speech to tens of thousands in Pensacola, Florida a few days later. It is not he but they who slur — him — and the mental examinations that suddenly excite them might first be tested on the likes of their own Maxine Waters to set a base score.”