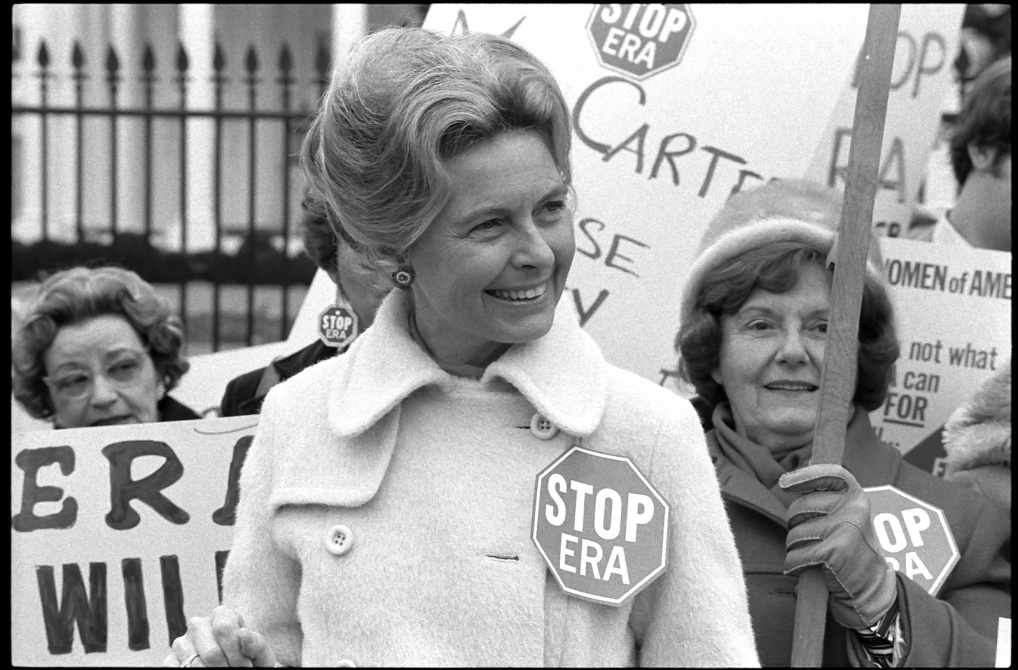 Know much about Phyllis Schlafly? Indeed, have you even heard of her? Well, people are about to find out a lot more, and perhaps learn for the first time about the direct line from her to our current political and cultural tumult.

Tomorrow BBC2 starts screening a brilliantly produced and addictive series, Mrs America. This deals with the tremendous fight put up in the 1970s by Schlafly, an anti-feminist, anti-abortion, anti-communist campaigner, against the US Equal Rights Amendment.

That sought to end the legal distinctions between men and women over divorce, property, employment and other matters. It was on course to receive ratification by state legislatures until Schlafly’s campaign derailed it; the latest attempt to ratify it this January still hasn’t removed it from legal limbo.

Schlafly argued that the amendment would cause women to be drafted into the military and to lose rights over alimony or custody over their children in divorce cases.

Today, the echoes from those convulsions are striking. The series shows the feminist radicals, Betty Friedan, Gloria Steinem and Bella Abzug, fighting not just for the amendment but for abortion and the right not to be sexually harassed. Like today’s identity politics warriors, they threatened to turn their society’s values upside down.

Their opponent, Schlafly, was reviled as a right-wing nut with extremist links. Yet to the stupefaction of feminists and the establishment, she seemed to conjure from thin air a new political force made up of Middle America’s women, the army of “housewives” who formed the core of what was to become the moral majority and help propel Ronald Reagan into the White House in 1980. And, just as today, the Republicans were split between those who wanted to go with the flow of social change and those who wanted to fight it.