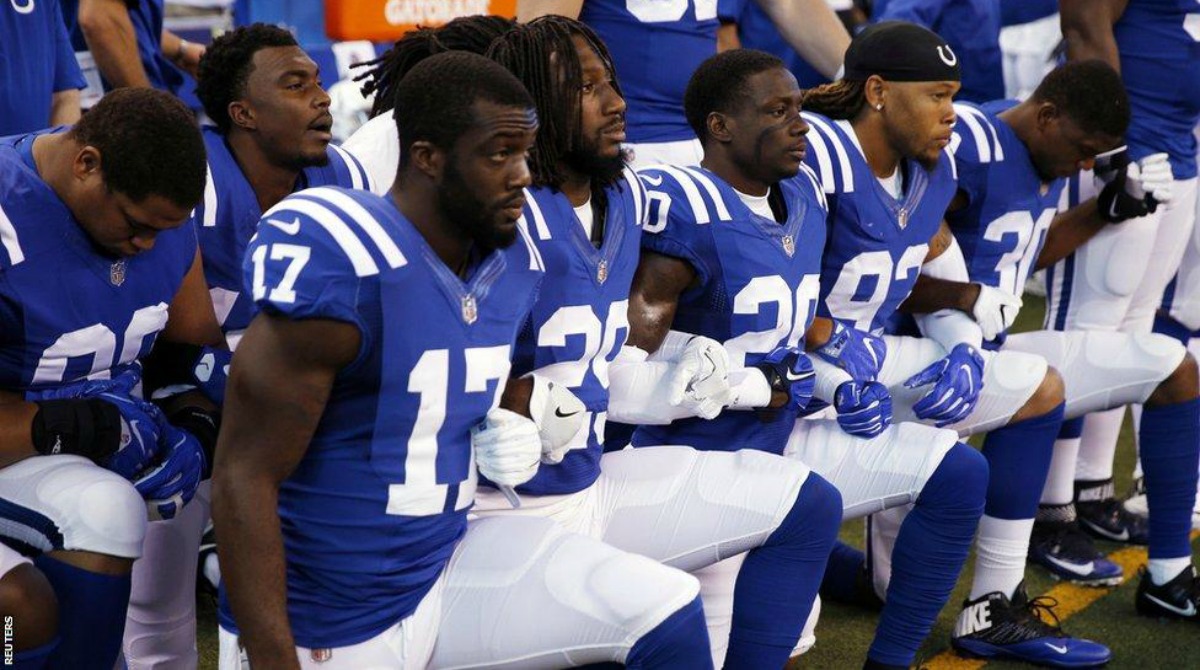 Has there ever been a bigger display of more nauseating cant than we have just been seeing by American football teams, from Nashville to Seattle to Wembley Stadium in London?

“Neither the Seahawks nor the Titans took the field for Meghan Linsey’s singing of the national anthem in Nashville. While the Titans not participating was somewhat of a surprise, the Seahawks had announced in advance that they would not be on the field, issuing a statement that said “As a team, we have decided we will not participate in the national anthem. We will not stand for the injustice that has plagued people of color in this country. Out of love for our country and in honor of the sacrifices made on our behalf, we unite to oppose those that would deny our most basic freedoms. We remain committed in continuing to work towards equality and justice for all.”

What? The arrogance, self-regard and sheer, unadulterated humbug of these people! The American national anthem doesn’t represent racism. Nor does it represent Donald Trump. It represents the United States of America. This protest is not against racism. it is not against Donald Trump. It is against America itself. It is against these sporting figures’ own country. It is an act of mass disloyalty, it dishonours their sport and it dishonours them.

And this is not some weird spasm that has suddenly erupted with no prior warning. It’s Black Lives Matter, it’s the campus violence, it’s the intimidation of speakers with views outside the group-think box, it’s the vicious bullying of victim culture, it’s the infantilisation of society, it’s the narcissism of the over-indulged, it’s the petulance of the privileged, it’s the virulent intolerance of virtue-signalling, it’s the egotism and egoism of the morally evacuated.

It’s the culture war. And it’s now coming to a football pitch near you.