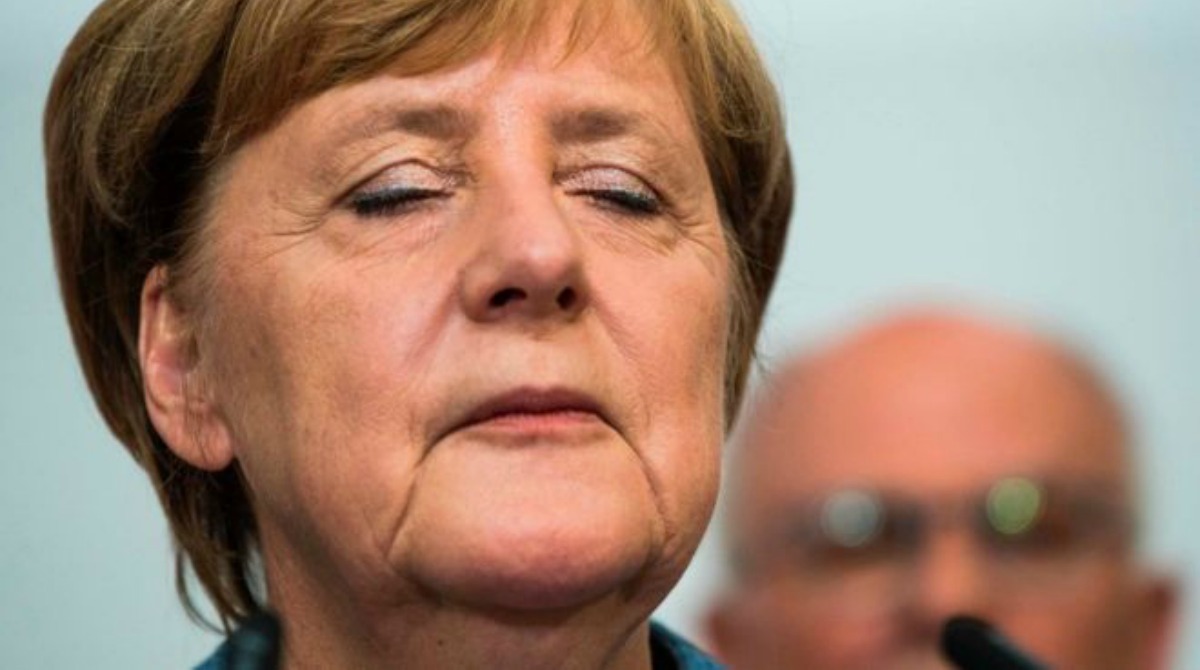 Angela Merkel has won a fourth term as Chancellor of Germany. The emergence as the third largest party of the nationalist Alternative für Deutschland (AfD), which has never before won any seats but won almost 13 per cent of the vote in this week’s election, is being presented as a setback for her. This is wrong. The rise of AfD is not a setback for Angela Merkel. She made it happen.

It was her decision in 2015 to invite into Germany more than a million mainly male Muslim migrants, and then refuse to acknowledge, take responsibility for or address the social problems they brought in their wake, which drove the German people into the arms of a party whose success has sent a shudder through a Europe which similarly has its head buried deep in the sand.

AfD, which had previously never won a Bundestag seat, gained 94 seats at the election with 12.6% of the vote. The BBC, in a notably balanced piece on its website, says:

“AfD started out as an anti-euro party and still has a relatively moderate wing, so almost a million of its new voters have come from the centre-right CDU, and half a million from the centre-left SPD. So they are best described as right-wing populist and nationalist with increasingly strong links to far-right attitudes. They are still some way from the extremism of Germany’s NPD, seen by many as a neo-Nazi group.”

Nevertheless AfD is undoubtedly problematic. Founded in 2013, it saw its liberal wing split away two years later. It took a disturbing turn for the worse last year when its regional leader in Thuringia, Björn Höcke, called for a “180-degree turn” in Germany’s culture of commemorating and atoning for its Nazi past and described the Holocaust memorial in Berlin as a “monument of shame”.

The AfD MEP Beatrix von Storch also provoked outrage last year after reportedly saying that the police should be allowed to use weapons against women and children who enter Germany illegally. She subsequently said said “The use of firearms against children is not permitted,” before adding that “women are a different matter. The use of weapons against them can therefore be permitted within the narrow legal framework.” Good grief.

Yet on the Today programme this morning (0830) the same Beatrix von Storch said things with which many in Britain and elsewhere would have been nodding along.

Asked about the EU, she said what she wanted was a Europe of nation states. Repeatedly accused of not wanting any mosques or minarets in Germany, she insisted that, no, mosques were ok but it was minarets and muezzin to which the party objected, since minarets and muezzin were an expression not of religious belief but of political power (as they are indeed) and thus in themselves an act of aggression in the public sphere.

Asked about the refugees, she said most of them were not refugees but migrants (also true). Asked whether she wanted to repatriate illegal immigrants, she said yes of course, because they were breaking the law. Asked whether Germany was now troubled and divided (with the implication that the AfD was the cause) she agreed that yes, it was indeed divided – but by Angela Merkel; and it would become even more troubled if all the migrants stayed because the problem was an unlimited number of migrants entering Germany with more to come (almost certainly true).

She was asked whether, given the particular success of AfD in Saxony, she was happy to have the votes of neo-Nazis. She replied that if the implication was that 30% of Saxony was neo-Nazi that was ridiculous. What AfD’s supporters wanted was merely to keep their country.

And that, of course, is the issue. Faced with vilification or astounding incomprehension (wasn’t objecting to minarets, she was asked, the same as the oppression of Christians in Syria?!!) for wanting to continue to live in a country they recognise as home with its own culture and traditions, and abandoned by a political class that tells them they are racists for objecting to the progressive and inexorable destruction of that culture, ordinary Germans had nowhere else to go but AfD, the one party that was representing these very understandable views. The tragedy is that AfD also has links to something very much darker and more sinister.

AfD is hardly a stable entity. Its co-leader, Frauke Petry, stunned it earlier today when she walked out of its its celebratory press conference and out of the party altogether, to sit instead as an independent MP. Hours later, four AfD MPs in the regional government in Mecklenburg-Vorpommern announced they too were leaving their own parliamentary group.

So the AfD may or may not be able to deliver on its pledge to hound Mrs Merkel in the Bundestag. But unless Mrs Merkel stops treating the concerns of all who voted for it as illegitimate and starts to address them in direct and specific ways, the dangerous pressures that delivered the AfD its stunning success will only continue to grow.