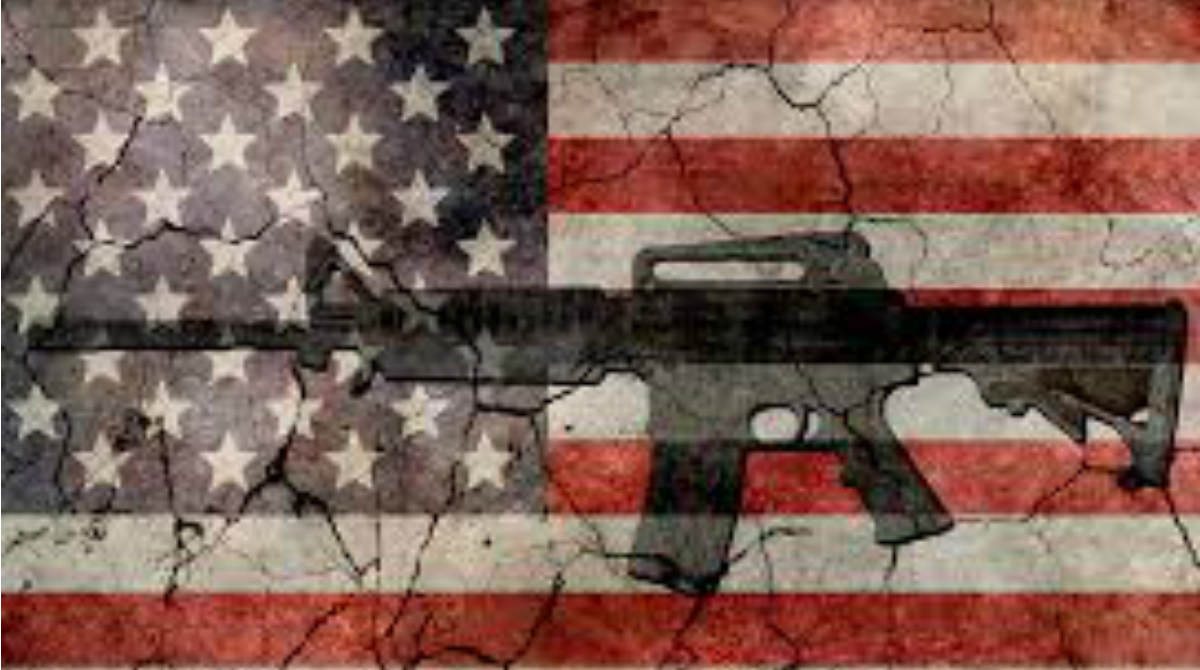 Having been travelling in America over the past couple of weeks, I observed at close quarters the fierce debate that erupted there over firearms in the wake of the massacre at the school in Parkland, Florida where 17 children and adults were killed and 14 others injured when they were gunned down by a mentally ill former student.

There have been too many such massacres of the innocent in American schools and other public places. This is the first time I can recall such an anguished debate: the first time the feeling that America can’t go on like this has transcended the usual suspects in the Democratic Party and on the broader political left.

President Trump has earned the fury and dismay of many conservatively-minded folk for pushing back against the National Rifle Association with suggested restrictions on gun ownership.

That seems instead to me to be further evidence that Trump is a most unusual president who just doesn’t conform to any stereotype. He has reacted to this terrible event in an entirely rational and compassionate way: realising that America has a problem which can’t be altogether explained away by the undoubtedly valid concerns over the warning signs about the shooter that were ignored by the FBI and other authorities, and wanting to take action to address that problem. And the problem is the ease with which Americans, including mentally ill Americans, can obtain guns. Because without guns, these mass shootings would not occur.

But then I would say that, wouldn’t I, because I’m a Brit. And most Brits look on America’s gun culture and its resulting tragedies with absolute astonishment. For that culture is entirely foreign to Britain where even the police are not routinely armed, and where mass shootings don’t generally occur (other than in terrorist incidents) because the population doesn’t have guns.

And yet, I was told over and over again, most people are armed in Israel, aren’t they, and they don’t have a problem; their guns keep them safe. Well no, that’s wrong and a total misunderstanding. Most ordinary citizens in Israel are not armed. Some are, but the vast majority are kept safe by armed officials such as police officers or guards or the IDF. If civilians do possess guns, these are issued only under the strictest possible controls and with every firearm logged.

Americans who support civilian gun ownership deeply, truly, unalterably believe in their right to bear arms as enshrined in the US constitution (although there’s a never-resolved argument over whether this covers armed militias or armed individuals). The reason this is incomprehensible to a Brit is the chasm that exists between the way the Americans and the British view the state.

Americans who are not on the left view the state as a threat — to their wellbeing, their pocketbooks and even their lives. In Britain, however, the state is not viewed as a threat. Sure, there are arguments over the size and reach of the state, the high rate of taxation, the incompetence of government departments and so on. But unlike in America, the government or the state are not regarded as an intrinsic threat to life, liberty and personal safety. So why the difference?

I think one important reason is that the British have a fundamental confidence in the institutions of the state. And that’s because they really are the institutions of a free society, with an independent judiciary, police force, public prosecutors and so on. Yes, there are well-founded concerns that, in recent years, some of these officials have come under too much pressure from central government and buckle too readily; but ultimately they are independent of sectarian politics.

By contrast American police, prosecutors and even the Attorney-General are all political appointees and therefore not independent of the state at all. They look upwards, not down; they owe their allegiance to their political masters and not to the public. There is therefore far less confidence that they will safeguard the interests of the public against the coercive power of government, either at federal or state level.

In Britain, as in Israel, people look to the state to defend them against attack. In America, people seek defence against attack by the state. The American public is a kind of permanent potential insurgency against coercive state power. That’s why bearing arms is considered to be the sacred right of every American.

If they want to do something to prevent the multiple tragedies that flow from that right – not to mention the daily attrition rate as young men mow each other down in gang warfare – they need to look to their democratic institutions which aren’t really democratic at all.