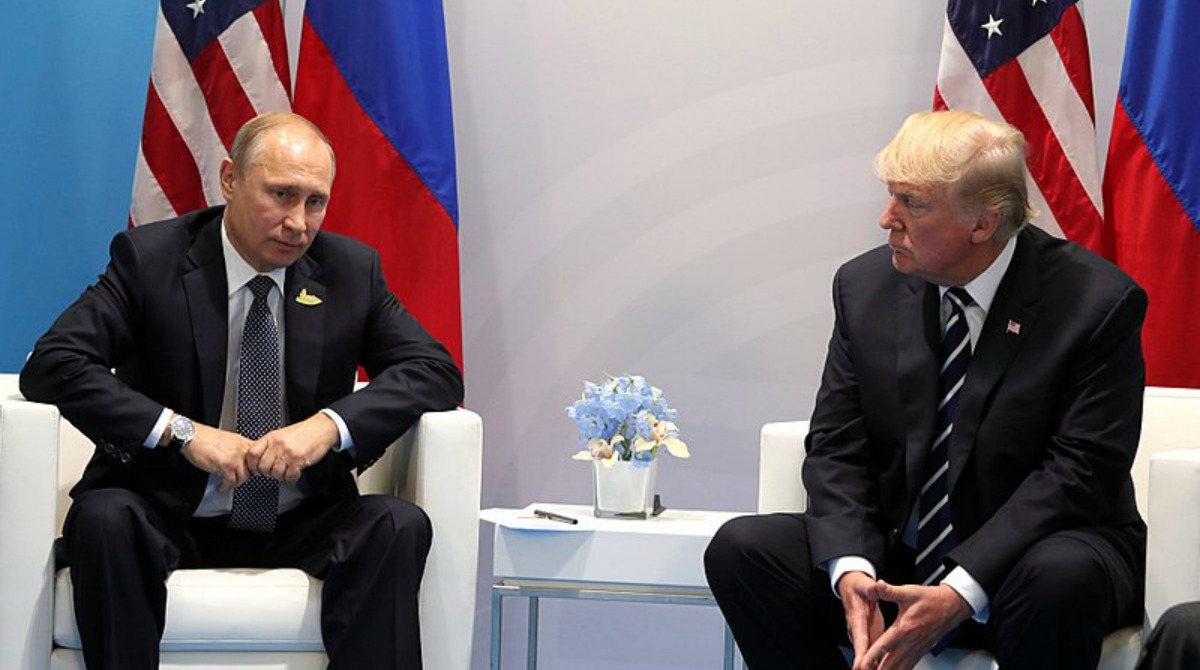 By calling Russia’s President Putin to congratulate him after his un-free and un-fair re-election, President Trump apparently demonstrated yet again that he cannot be trusted to defend the security of the free world against such a threatening tyrant. The media went into meltdown that he had reportedly disregarded his officials’ advice not to offer such congratulations.

Huffed Senator John McCain: “An American president does not lead the free world by congratulating dictators on winning sham elections. And by doing so with Vladimir Putin, President Trump insulted every Russian citizen who was denied the right to vote in a free and fair election to determine their country’s future, including the countless Russian patriots who have risked so much to protest and resist Putin’s regime.”

On March 9 2012, President Obama called Russia’s President Putin to congratulate him after his un-free and un-fair re-election. Did anyone suggest that therefore President Obama could not be trusted to defend the security of the free world against such a threatening tyrant?

Of course not. In 2009, President Obama had “reset” relations with Russia “to identify mutual interests, and to expand dialogue and co-operation that can pave the way to progress”.

It was only further down the story that they chose to mention Trump was actually responding to Biden’s remark that he would have liked to beat up the President over his lewd taped comments about women. Speaking to students at the University of Miami, Biden repeated what he had said in 2016: “If we were in high school, I’d take him behind the gym and beat the hell out of him.”

In response Trump tweeted: “Crazy Joe Biden is trying to act like a tough guy. Actually, he is weak, both mentally and physically, and yet he threatens me, for the second time, with physical assault. He doesn’t know me, but he would go down fast and hard, crying all the way. Don’t threaten people Joe!”

So what Trump was actually saying was that if Biden hit him he’d hit him back so hard Biden would lose. Yes, it’s unseemly, undignified and unnecessary for a President to stoop to respond to Biden in this way. But the claim that he threatened violence against him is wickedly misleading.

Others, like the Washington Post reported the spat more fairly, while in the liberal Atlantic Peter Beinart criticised Biden for glorifying violence.

What weird and troubling times we are living in.