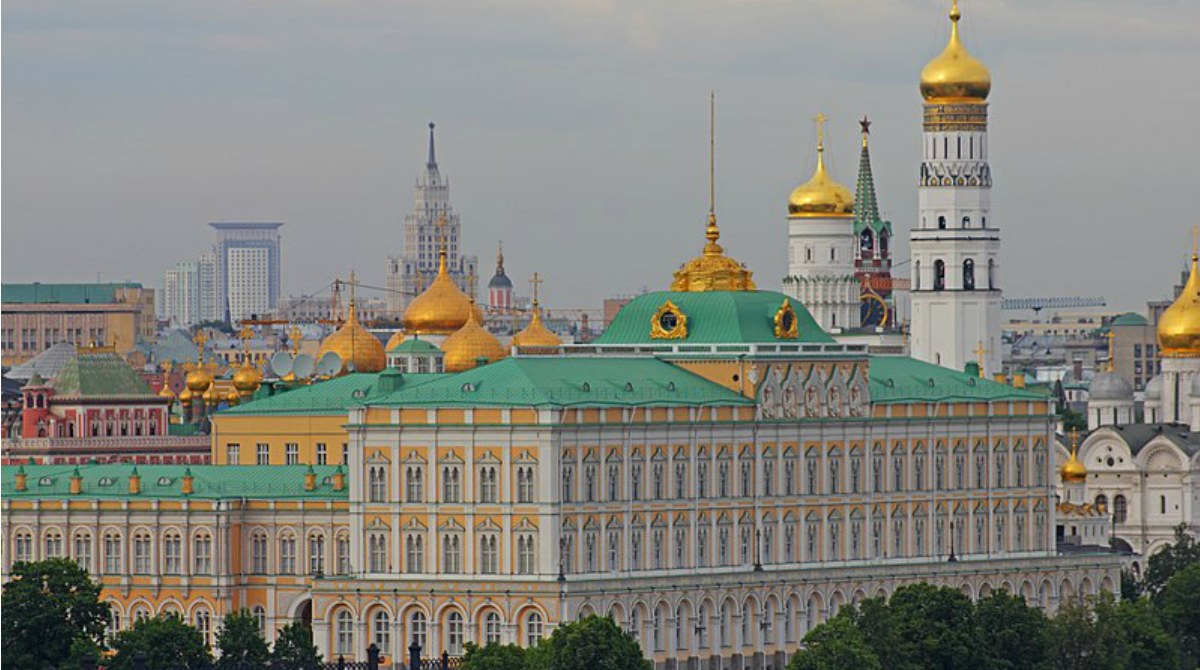 What’s that deafening noise of squawking and screeching and flapping that we can now hear all around us? Why, it’s the West’s chickens finally coming home to roost.

In Britain, a retired Russian spy and his daughter, Sergei and Yulia Skripal, remain critically ill in hospital after being poisoned earlier this month in the quiet cathedral city of Salisbury by a rare, military- grade and deadly nerve agent.

Skripal was a double agent who had worked for British intelligence. The poison used against him reportedly could only have been produced by Russia. Although there’s no conclusive proof of Kremlin involvement, Britain’s Prime Minister Theresa May told Parliament this week the attack was an “unlawful use of force by the Russian state against the UK.”

In 2006, another former Russian spy, Alexander Litvinenko, died after being poisoned in a London hotel by a rare, highly radioactive isotope – a murder that a British public inquiry decided was likely ordered by President Vladimir Putin himself.

There has been a subsequent string of suspicious deaths in Britain of Russians and others who may have fallen foul of the Kremlin – mysterious suicides, heart attacks while jogging, falls from buildings. Yet only now is Britain looking again at these bizarre coincidences.

It has been all too keen to host an influx of Russian oligarchs – some of them allies and some enemies of Putin – who moved to London, buying up British assets such as football clubs or newspapers, hosting fawning politicians on their yachts and bringing with them unimaginable wealth, including dirty money, on which the City of London has been happily floating.

So Britain allowed itself to become a kind of offshore island of the Russian mafia state. It was a case of never mind the gangsterism, just pocket the cash. Is it surprising, then, that Putin now curls his lip in contempt? The EU has said it will support Britain against Russia. Since the EU is hard-wired against confrontation, this is likely to cause Putin less discomfort than a pot of caviar past its sell-by date.

As for the once-mighty British lion, it is now a mangy and malnourished creature.

For Britain has run down its defenses to the point where military top brass say that in a confrontation with Russia, Britain would lose.

In 2011, it disbanded its Joint Chemical, Biological, Radiological and Nuclear Regiment which specialized in dealing with attacks like the one on the Skripals. In 2010 it shut down the Defense Ministry’s Advanced Research and Assessment Group which studied Russia.

It did all these things because the West believed the Cold War was over and the received wisdom was that no one believed in war anymore. Instead, the West would embrace “soft power” – conflict resolution, negotiation, peace processes.

In 2012, then-president Barack Obama sneered at presidential candidate Mitt Romney for exaggerating the Russian threat. “The 1980s are now calling to ask for their foreign policy back because the Cold War’s been over for 20 years,” he scoffed.

Obama believed that rogue states and non-white individuals did terrible things to the West because of the terrible things the West had done to them. That’s why in 2009 he launched his “reset” with Russia to make nice with Putin. That’s why he empowered Iran through the shocking nuclear deal and turned a blind eye to Iranian expansion into Lebanon, Syria and Iraq.

So Russia annexed Crimea, invaded eastern Ukraine, tried to disrupt the American presidential and other Western elections and systematically sowed confusion and chaos on social media and in foreign conflicts.

In Syria, according to a defector, Iran is building missiles with chemical warheads while Russia and Iran are using President Assad to expand their own power in the region.

The West’s soft-headed belief in soft power meant that – incredibly – it believed Russia when it said it had destroyed its chemical weapons arsenal. It believed the nuclear deal would bring the Iranian fanatics back into the fold. And it believed North Korea in 1994 when it promised to dismantle its nuclear weapons program.

Having thus empowered these enemies of civilization, the West turned its fire instead upon Israel. It thought that throwing Israel to its mortal enemies would pacify the Muslim world. On the contrary – it encouraged the Islamists to seek not just more Israeli blood but Western blood too.

Iran and North Korea are now out of their box, China is on the march and Russia is out of control. And the person left holding the parcel as the music stops is Donald J. Trump.

Now Kim Jong-un has performed a stunning volte-face and invited Trump to face-to-face talks about denuclearization.

This sign of weakness by Kim is the result of Trump’s strategy of ramping up sanctions against Little Rocket Man’s regime, tightening the thumbscrews on its patron China and threatening to destroy North Korea altogether.

Of course, there’s every risk that Kim intends to repeat the Iran debacle by appearing to give ground while playing the US for suckers. Trump should therefore not be aiming for a deal over denuclearization at all. The only deal to be struck is over whether Kim leaves office voluntarily or as a result of the destruction of his nation through devastating sanctions or US missiles.

Maybe this meeting will never even happen. But by breaking with conventional geopolitical wisdom, Trump has achieved more on North Korea in just over one year of office than was achieved by all his predecessors put together.

He’s also been making the right noises over getting rid of the Iran deal; he’s told the Saudis they must reform; and who would ever have thought that Israeli officials would sit around the same table as their counterparts from Saudi Arabia, Qatar, Bahrain, Oman and the United Arab Emirates as they did this week to discuss the humanitarian crisis in Gaza.

By all conventional standards, Trump is the most unlikely individual anyone could have ever imagined getting to grips with all this. Which means he’s the most likely to do so.

Now that he’s appointed a secretary of state who’s on the same page, maybe there will be fewer contradictions in US foreign policy – provided Mike Pompeo can bring the State Department to heel, a Herculean challenge in itself.

But the scale of the lethal disarray caused by decades of conventional unwisdom may defeat them both. Not so much a chicken coop as the global Augean stables.