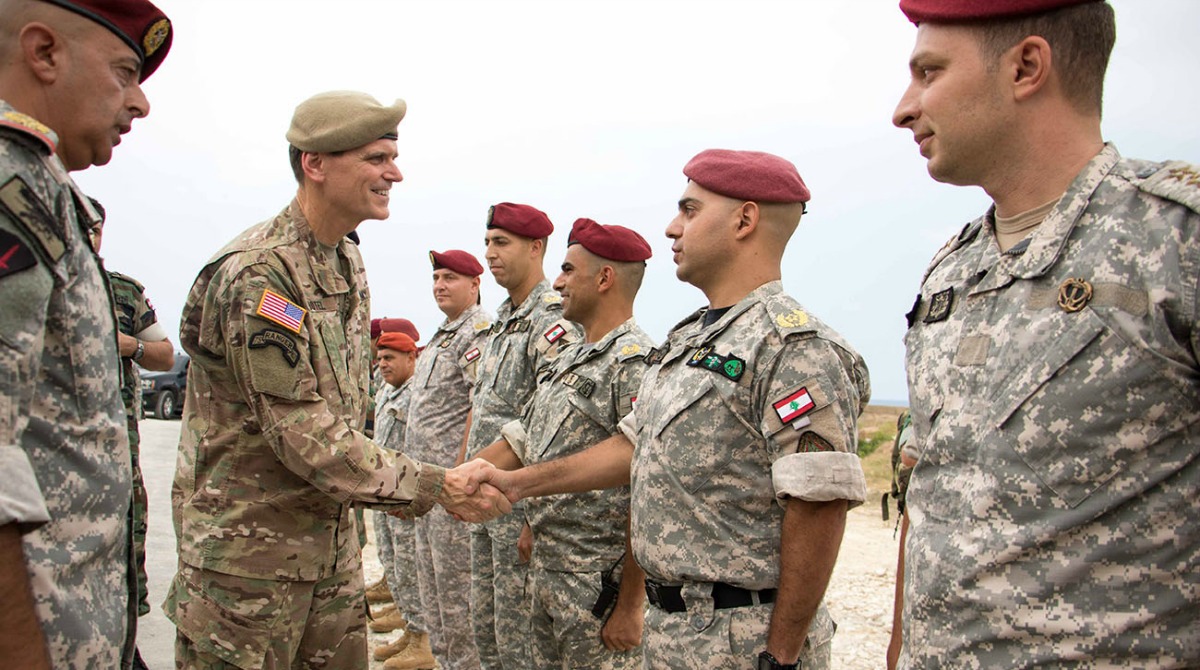 There was always a terrible risk that in prioritising the defeat of Isis the US would end up empowering Iran – whose proxy, Syria’s President Assad, is an Isis foe.

This is precisely what Israel is concerned has now happened in Syria, where the Israelis fear Iran is now establishing a beachhead. They also fear that Iran is building an arms factories in southern Lebanon, a country controlled by Iran’s proxy Hezbollah. This is why Israel opposed the Syrian ceasefire brokered by the US and Russia which perpetuates Iran’s military presence in Syria.

So has Iran’s frightening advance been facilitated by short-sighted strategic goals and an inexperienced commander-in-chief in the White House? According to Tony Badran writing in Tablet, it’s far worse than that.

President Trump and his generals, according to this account, have indeed been suckered by Lebanon’s prime minister Saad Hariri into supporting the Iran-backed Lebanese Armed Forces (LAF) against Isis. But this spectacular con-trick has a longer history. As Badran writes, the strategy of empowering Iran, ostensibly against isis, began under President Obama in tandem with his adviser, Robert Malley.

“Knowing that a flat-out alliance with Iran would never fly with American voters and the U.S. Congress, Obama tethered his pro-Iran policy to the campaign against ISIS and Sunni extremism—which everyone could agree were bad. Since Obama couldn’t partner directly with Hezbollah and the IRGC, he needed the LAF to serve as cover. “Fighting ISIS” was the guise and the LAF was the conduit for a pro-Iran policy.

“The continuation of Obama’s regional policy means that the LAF is now a suitable screen for everyone involved, including Hezbollah and Hariri—to say nothing of the LAF itself—to benefit from American largesse while the implementers of the pro-Iran re-alignment policy—like Brett McGurk—continue their work under Trump. The LAF is the conduit, and the stage is its supposed confrontation with ISIS. To be sure, however, this theatrical production with the LAF also has an ongoing negotiation channel with ISIS.”

It gets even worse.

“As the CSIS report advocates, the Lebanese are out to leverage U.S. political and military power, including the presence of U.S. Special Operations personnel in Lebanon—even raising all kinds of propositions, including that the LAF request direct U.S. military involvement on their side. Otherwise, the pitch goes, both ISIS and Hezbollah will win! And that would be America’s fault, of course.

“…The Lebanese are now asking the United States and the United Kingdom to increase their investment in Lebanon and to deploy more assets in the border area, effectively turning the U.S. military into the guardians of Iran’s logistical routes between its Lebanese and Syrian territories.

“The Lebanese Big Con obviously also threatens Israel. Eastern Lebanon is the area through which Iran brings in arms to Hezbollah. As Hezbollah and the IRGC have dug in on both sides of the Lebanon-Syria border, turning a lot of the Syrian side into military positions, the area now serves as strategic depth for the group in any future war with Israel—and will most likely be another theater of war. As I noted last week, the Lebanese are leveraging U.S. investment in the LAF to constrain Israel in any future conflict: If Israel returns fire, it will be destroying military infrastructure and weapons paid for by the United States. Asking for the United States to increase its own direct deployment in Lebanon turns American servicemen into human shields to deter Israel.”

Fiendish? Of course. It’s Obama’s legacy to us – now being enacted by a neophyte in the White House and a US defence and security establishment which still cannot arrive at a common agreement that, when it comes to the Islamic Republic of Iran, my enemy’s enemy was, is and always will be my enemy.