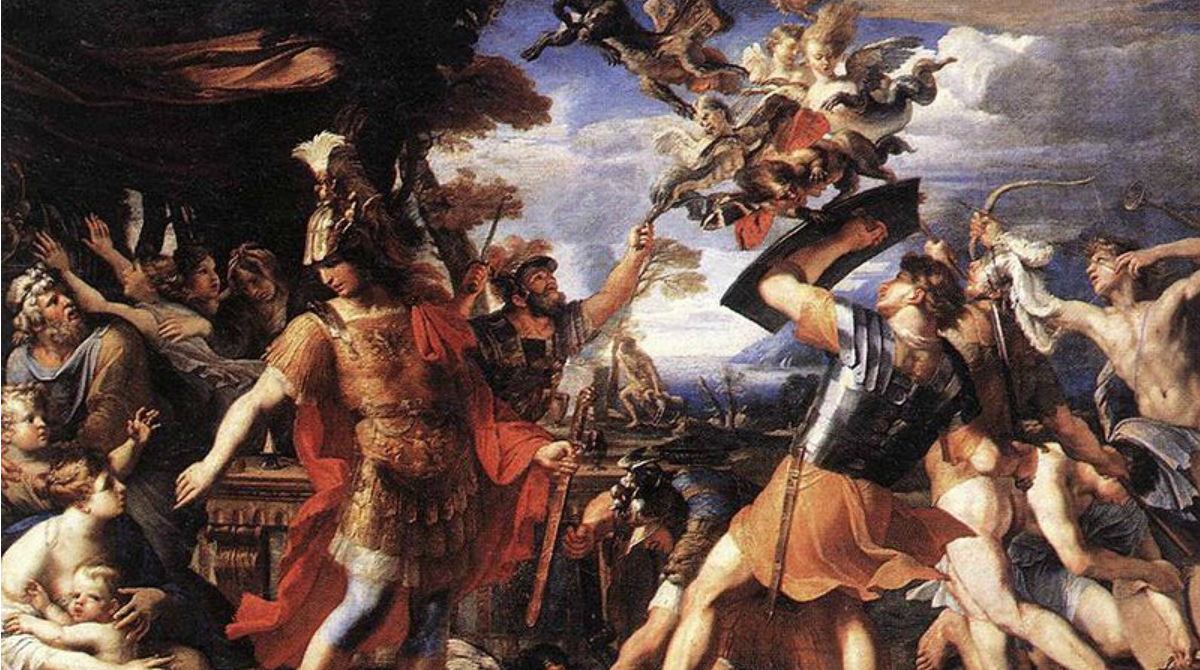 Rarely can a much anticipated official visit have been so eclipsed by a convulsion taking place behind the scenes.

People have been poring over every word and gesture of the meeting in Washington between Prime Minister Benjamin Netanyahu and President Donald Trump.

The encounter offered an opportunity to discover not just the new American policy toward Israel but also to get the measure of this unsettling president. However, the back story told rather more about Donald Trump than was on display at the love-in with Netanyahu – and it wasn’t very reassuring.

The abrupt resignation of the national security adviser, Lt.-Gen. Mike Flynn, plunged the Trump administration into turmoil. Flynn resigned because the White House said he had lost the president’s trust.

Flynn’s offence lay in failing to inform Vice President Pence that Flynn might have discussed with the Russian ambassador, Sergey Kislyak, sanctions against Russia imposed by the Obama administration. As a result, Pence mistakenly told CBS News that no such discussion had taken place.

That was obviously an embarrassment, but quite what merited Flynn’s resignation remains clouded in ambiguity. The administration insists he broke no laws. The discussion transcripts remain classified. There have been reports that they could be read in different ways.

At Bloomberg, Eli Lake reported he’d been told by a White House official with knowledge of these conversations that Kislyak raised the sanctions with Flynn, who merely responded that the Trump team would be taking office in a few weeks and would review Russia policy including sanctions.

Was this really enough to warrant being forced out? In the fog of claims and counter-claims swirling round the Beltway, we can have no idea at present what really happened.

But even if Trump was at fault, that doesn’t mean he’s not at the same time the victim of something worse.

Several accounts have surfaced to suggest something far more sinister may be going on: a creeping coup against the president by the “deep state,” the intelligence officials and the rest of the permanent administrative class, of which the Flynn ouster was just the start.

In The Washington Free Beacon, Adam Kredo claimed multiple sources for his report that Flynn’s ouster was the culmination of a secret, months-long campaign to handicap the Trump administration’s efforts to disclose secret details of the nuclear deal with Iran which president Obama had kept hidden.

These black-ops attack had targeted Flynn because he was such an implacable opponent of this deal. Now Obama loyalists in the administration were deluging compliant journalists with stories aimed at destroying Flynn’s credibility.

These leaks fed the frenzied narrative that Trump was somehow in the pocket of Vlad- AS I SEE IT • BY MELANIE PHILLIPS imir Putin. Flynn’s supposed weak spot was the suspicion that he had strangely close ties to Russia. Certainly, he had raised many eyebrows when he spoke at the 10th anniversary gala in 2015 for the propaganda TV station Russia Today.

But Flynn is a super-hawk with Russia in his sights. In his 2016 book Field of Fight: How We Can Win the Global War Against Radical Islam and Its Allies, co-authored with Michael Ledeen, Flynn warned of “an international alliance of evil movements and countries that is working to destroy us… We face a working coalition that extends from North Korea and China to Russia, Iran, Syria, Cuba, Bolivia, Venezuela and Nicaragua.”

Moreover, there is clear evidence that those who leaked the information which brought Flynn down had themselves broken the law.

If intelligence officers monitor conversations with a foreign individual which involve an American national, they are legally required to protect that American’s identity unless he is also the subject of their investigation.

Crucially, the FBI had said Flynn was not under investigation, and yet last January it reportedly also said it had reviewed his phone calls with the Russian ambassador.

Now the chairman of the House Intelligence Committee, Rep. Devin Nunes, says he wants the FBI to conduct an assessment of recent media leaks. “If, in fact, the press reports are right, someone made the decision to deliberately listen to General Flynn’s phone calls and that is, I think, unprecedented, unwarranted and flat-out wrong.”

So in the light of all this evidence that Flynn may have been the victim of not just Washington in-fighting but an illegal and malevolent campaign, why did Trump throw him under the bus? If Flynn did mislead Pence, that is clearly important. Trust, as the White House said, is crucial. The president cannot afford to have a scintilla of doubt that his national security adviser is transparent to him at all times.

But that raises the further question of why Trump sat on the information that Flynn had misled Pence until the Flynn balloon went up.

Trump has met his first big test and he hasn’t come out of it well. He appears to have allowed a key appointee, someone whose reputation he made use of to bolster his own presidential credentials, to be brought down by smear and character assassination.

Both Israel and the moderate Arab states will doubtless have registered this with concern.

Having dared to believe that finally America had a president who would face down Iran and assert American strength, they may now be wondering whether he might just crumble.

Much depends on how Trump now behaves, and whether he takes action against the apparent illegality and even treason taking place within the intelligence world and political establishment. The fight will be ferocious, not least within the Republican Party.

Whatever the truth of this episode, a war to the death is now on for the soul of America. Is Trump up to it? We’re about to find out.