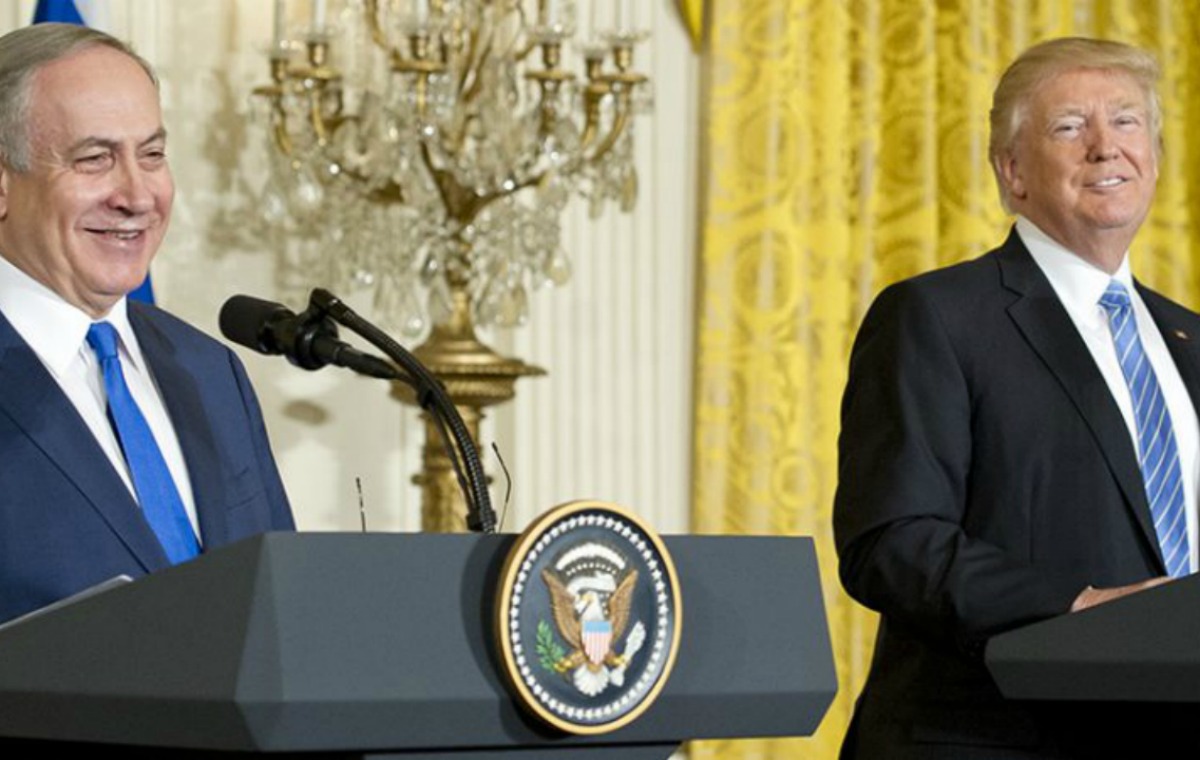 President Trump’s comments to Israel’s Prime Minister Netanyahu about the solution to the Israel-Arab impasse produced consternation and contempt in equal measure.

At the press conference after their meeting at the White House, Trump said: “So I’m looking at two state and one state, and I like the one that both parties like. I can live with either one. I thought for a while the two-state looked like it may be the easier of the two. But honestly, if Bibi and if the Palestinians, if Israel and the Palestinians are happy, I’m happy with the one they like the best.”

According to one British commentator, he displayed “the know-nothing insouciance of a man who is not even aware of the extent to which he is out of his depth”, with “absurd” remarks that showed “he knew nothing at all about the problems of the region”. Apparently.

As usual, people fail to understand both the style and substance of this President’s statements. This is a man who doesn’t do detail, nor does he take care with the words he uses. He thinks with his gut and speaks from pretty well the same place. And what his gut is telling him about the Arab-Israel conflict is that, first, the US has too often done the wrong thing there and second, that it had no business being involved there at all.

In his remarks with Netanyahu, Trump was not withdrawing support for a state of Palestine alongside the state of Israel. He was neither espousing nor disavowing a two-state or any other solution. He was simply standing back and saying it was not for the US to create or impose any solution. It was instead for Israel and the Arabs to agree a solution between them.

This is, or should be, blindingly obvious. The fact that it is not, and that it has now caused such uproar, indicates the extent of the error the west has committed over the Israel-Arab impasse.

Since well before the rebirth of the State of Israel in 1948, the west has responded to the Arab war of extermination against the Jewish homeland by attempting to impose a division of the land which rewarded and incentivised genocidal Arab aggression and punished its Jewish victims. Getting this catastrophically wrong from the start, the west has made precisely the same mistake over and over again. That is why the Arab-Israel impasse has continued without end.

Ripping up that consensus now potentially opens the way to fresh thinking which might therefore produce a real solution. No longer is a Palestine state to be considered an essential precondition for peace. That is a crucial and long overdue corrective. If such a state were ever a solution to the Arab-Israel conflict, it would have brought it to an end as long ago as 1936 when an Arab state alongside a Jewish state to be carved out of Palestine was first proposed.

It cannot be a solution for the simple reason that, having been repeatedly offered it, the Arabs have consistently rejected it and continued instead to murder Israelis and try to destroy Israel. The idea that it was ever central to a solution was always ludicrous. It only took centre stage because western progressives adopted the Palestinians and their fake narrative as their cause of causes.

Trump has provoked unease in hawkish Israeli circles by saying more than once that he thought settlement expansion was unhelpful. But he has also said that the settlements themselves are not the main obstacle to a solution to the conflict. It appears that he simply views further expansion as an unnecessary further complication at this stage.

Whether or not one agrees with that view, given the significance of his overall policy shift this would seem a small price to pay. For he is essentially sending the Palestinians right back to their own miserable drawing board. He has made it clear he will no longer fund their incitement to the mass murder of Jews. No less important, he has also made it clear he will hold the UN’s feet to the fire and will no longer stand by while it uses American money to sanitise and incentivise the demonisation and delegitimisation of Israel.

The Palestinians’ strategy therefore lies in ruins. In Gaza, an even harder Hamas hard man has now come to power who doubtless will redouble efforts to rain down missiles upon Israeli citizens. Mahmoud Abbas’s Palestinian Authority thought it was so clever in pretending, by contrast, to have clean hands by adopting the diplomatic route to destroy Israel – courtesy of the UN and with a nod and a wink from the Obama administration. Now they are staring at a UN which itself is suddenly all too aware that its own hate-mongering, extermination-conniving party may finally be over.

Moreover, developments in the region mean that the Palestinians suddenly find themselves friendless in the Arab world. Their usefulness as the devilish threat to be cynically brandished in order to protect Arab rulers against the fury of their own enslaved populations has come to an abrupt end. Saudi Arabia and other Gulf states, now engaged in a fight to the death against Iran, are building an alliance with none other than the State of Israel; and now also with America.

Saudi Arabia’s foreign minister, Adel al Jubeir, today accused Iran of being ”the single main sponsor of terrorism in the world”. He went on: “We look forward to working with the Trump administration on all issues. I believe progress can be made in the Arab Israel conflict, if there is a will to do so. We know what the settlement looks like, if there is just the political will to do so. And my country stands ready with other Arab countries to work to see how we can promote that.”

Of course there can be no illusions about Saudi Arabia, the primary source of Sunni Islamic radicalisation and the principal exporter of jihadi Islamism around the world. And the previous Saudi peace initiative was an elephant trap. Nevertheless, between these tectonic regional shifts and the hurricane in the White House, the Middle East log-jam has been smashed. There is accordingly now more hope for a just and realistic solution to the Arab war against Israel than there has ever been.

No wonder Europe is so dismayed.