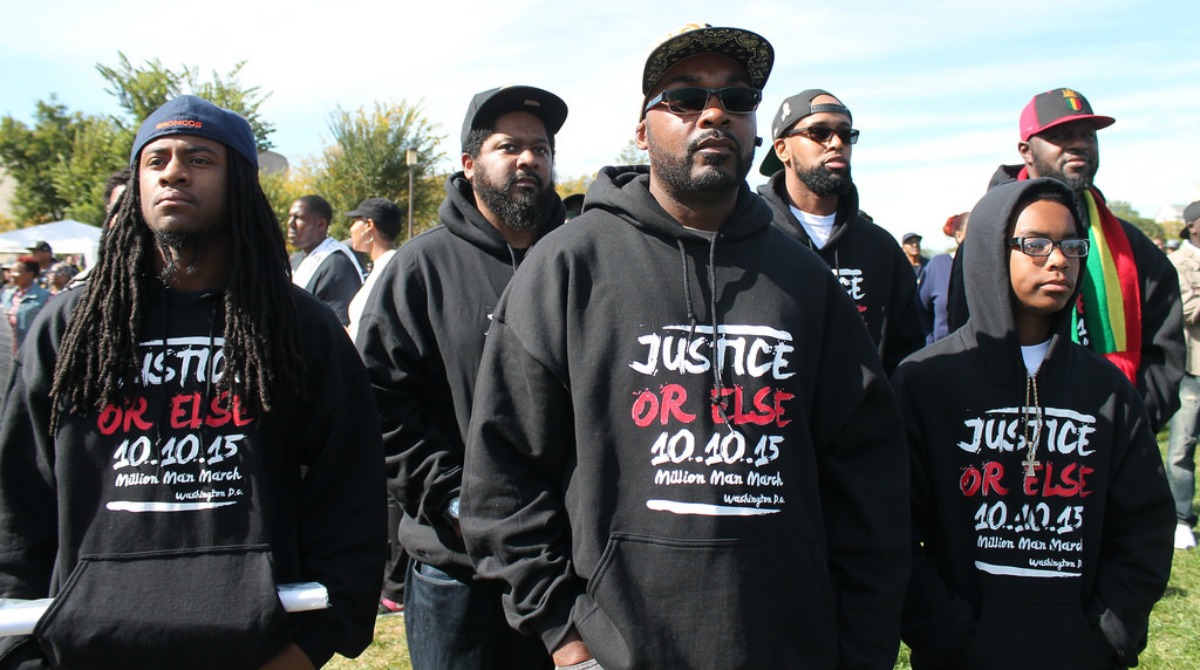 A photograph has suddenly surfaced of president Barack Obama, when he was a senator in 2005, posing smilingly with Louis Farrakhan, the demagogue leader of the black power Nation of Islam.

The Israel champion and erstwhile Obama apologist Alan Dershowitz says if he’d previously seen this picture, he would never have campaigned for Obama. Farrakhan is infamous for his anti-Jewish and anti-white bigotry.

The photographer who took the picture kept it secret in order not to jeopardize Obama’s political career.

What’s amazing is that anyone is amazed by this. The links between Obama and Farrakhan were always visible for anyone who looked. In 2005 he took part in Farrakhan’s Million Man March. His pastor, Jeremiah Wright, was a close Farrakhan ally.

One day before Obama was elected president in 2008, I noted on my blog that a former Farrakhan top deputy, Dr. Vibert White Jr., had said Obama’s ties to the Farrakhan movement in Chicago ran deep and that for many years they had maintained “an open line” to discuss policy and strategy.

“I don’t know who was training Obama,” White said. “But that style is not a ministerial style like in the Christian church. It’s a Nation of Islam style.”

From the time Obama first came to national prominence, there was ample evidence that his worldview and social and professional associations, including Farrakhan, indicated he posed a danger to America, the rule of law and the State of Israel. I wrote about this repeatedly.

All who did so, however, were brushed aside and told we were racist for criticizing Obama. This was because of the left-wing doctrine that black people are intrinsically powerless and so could never be responsible for bad deeds.

This unchallengeable orthodoxy gave rise not just to black power militancy but the whole anti-racism movement which has turned truth and justice inside out.

Certainly America has a terrible – and recent – history of slavery and racial prejudice. But this has now flipped into black-on-white racism, as demonstrated by Black Lives Matter and the wholesale rewriting of American history to present the US falsely as innately oppressive.

In his book White Guilt, Shelby Steele says at the end of the 1960s racism suddenly became valuable to black people because they found they could leverage it to get privileges from white people consumed by guilt. The result was that white America would longer hold black citizens responsible for anything they did.

This in turn led to an explosion of other “victim” groups claiming similar impunity and privileges. And it was no coincidence that this coincided with an eruption of antisemitism and its toleration on the Left.

The Arab and Muslim world teems with Holocaust denial and medieval or Nazi-style blood libels against the Jews. Why has all this been ignored or denied?

Partly it’s because much current antisemitism takes the form of anti-Israelism which gives cover to anti-Jewish bigotry. Partly it’s because the Left believes all capitalist countries are innately oppressive and people in the developing world are their helpless victims.

But there’s another more troubling reason. There’s a persistent belief that the enormity of the Holocaust has given the Jews a monopoly on suffering, which means there’s no room for anyone else to be a victim.

This is, of course, absurd. There is no finite pool of victimhood. And why is it so important to be a victim? Here we start to realize the appalling truth of all this.

The Left created “victim culture” because it wanted a free pass to throw off the shackles of responsible behavior. Becoming a victim was seen as the way to do that; and the reason behind that logic, in turn, was the Holocaust.

After Auschwitz, people felt they could no longer say bad things about Jews. They had become morally unassailable. So other people thought that if they too could claim victim status, they could also gain impunity for their actions.

In The Tyranny of Guilt, Pascal Bruckner writes that the Holocaust became “a treasury from which it is thought advantages can be drawn… Auschwitz has become a monstrous object of covetous lust… In our age of loudly displayed enjoyment, affliction still runs the show.”

By claiming they were victims, all these groups realized they would not be held responsible for anything they did. And so “victim culture” was born, leveraging the guilt felt by white people, men, heterosexuals, the West in general.

But the original and true victims, the Jews, were resented. And here lies the deepest and most terrible reason for the fury over the Holocaust. It is that, because it made the Jews morally untouchable, they could no longer be accused of doing the things of which antisemites had accused them.

The fury was because many don’t accept that antisemitism is utterly deranged. Unspeakably, they believe the bad stuff said about the Jews is actually true and that the Holocaust has unjustly shielded them from rational complaint.

That’s why, when Jews call the anti-Israel madness “the new antisemitism,” they are accused of trying to stifle legitimate criticism of Israel. Their accusers actually think that claims such as the Jews have too much power/manipulate American foreign policy/further their own interests at the expense of others’ lives and so on are merely criticisms of true Jewish characteristics.

It was not enough, however, for other groups just to claim victim status. They had to knock the Jews off their victim perch altogether.

That’s because the Jews really are the world’s ultimate victims. So false “victims” had to deny Jewish victimization order to continue their dishonest leverage of guilt. Those who have made most murderous use of this strategy are of course the “Palestinians.”

So antisemitism, the most lethal bigotry in the world, became the prejudice that dare not speak its name. Those who continued to draw attention to it found themselves either ignored or deplored. Those who connived at or gave cover to it came to dominate the universities and media and culture – and one became president of the United States for eight years.

And now some of those who supported him are shocked – shocked! – to discover that their hero had feet of poisoned clay.