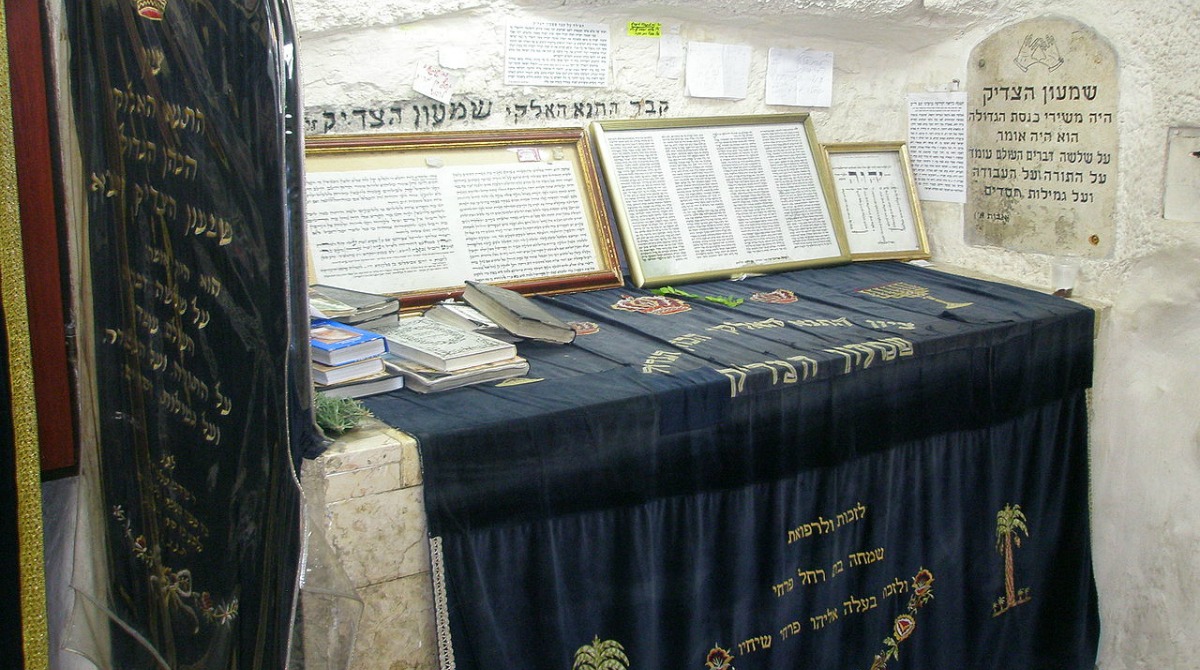 Western media have been having a field day with the story of the eviction of the Arab Shamasneh family from a house in east Jerusalem. The case has been presented as an example of cruel and callous Israelis throwing an elderly Arab couple onto the street in order to “Judaise” the Shimon HaTzadik area of east Jerusalem.

On her Times of Israel blog, however, Lyn Julius puts this story into a rather different perspective with facts that the western media failed to report (well, just fancy that!). She writes:

Sixty-nine years ago, the Hubara family, a Jewish family living in Shimonº Hatzaddik, were expelled when the British-led Arab legion invaded and occupied the city during the early stages of Israel’s War of Independence.

Called ‘Sheikh Jarrah’ by the city’s Arab population, Shimon Hatzaddik, the site of Simon the Just’s tomb and surrounding pilgrims’ residences, was owned by the Ashkenazi and Sephardi communities. It was emptied of its Jews in 1948,  the Jews being the first refugees of the war. Their homes came under the jurisdiction of the Jordanian Custodian for Absentee Property who proceeded to rent the properties to local Arabs.

When the Israelis recaptured East Jerusalem in 1967, the former Jewish owners found themselves in a position to reclaim what had been theirs. Dozens of former owners have embarked on protracted legal struggles to recover their homes.

However, the Israeli courts have protected the Arab tenants’ rights. Only where they have failed to pay rent have the courts’ judgements gone against the Arab residents.

Of all the press reports of the Shamasneh case, only Ynet News and Arutz Sheva (and an early report in Haaretz)  have reported that the Shamasnehs failed to pay rent. Few press have bothered even to mention the historical context of the Jewish expulsion from east Jerusalem in 1948.   The motive attributed to the Jewish claimants has been to ‘Judaise’ Jerusalem – ‘to throw out the Arabs and expand Jewish settlement.’

Ten years ago, the Hubaras sold their property rights on to Aryeh King of the Israel Land Fund. King declared that the Arab family ceased paying rent five years ago. “I don’t trust them anymore because they have a debt of 180,000 shekels [about $50,000] for rent, and damage of another 160,000 shekels.” King says he told them if they provide a cheque from a guarantor he could trust, he would consider letting them stay longer, but they refused. It’s unpleasant, he said, but “they did everything possible so [the eviction] would happen.”

As for reports that the elderly Arab parents are being turned out on the street, King told Haaretz: “The elderly parents have no reason whatsoever to remain in the street because their daughter lives right next door, and there is evidence they will receive housing aid from the European Union.”

The Israeli courts have been known not to enforce an eviction order against Arab squatters where they have no other home to go to.

A second falsehood propagated by the media has been that ‘the law allows Jews to reclaim their property but “no such law exists for Palestinians”.

As recently as 21 March 2016, Gulf News Palestine reported: “Increasing numbers of Palestinian landowners are accepting monetary compensation for land and properties they owned inside the Green Line….Active groups of land dealers and lawyers have been implementing the Israeli regime’s plan to convince the displaced Palestinian landowners to accept compensation deals and give up their rights to their lands and properties.’

The landlords are warned not to accept compensation lest it jeopardise the Palestinian ‘Right of Return’.

Meanwhile, the international chorus of disapproval mounts against Israel, as EU emissaries, officials, conscience-stricken writers and leftists visit the poor beleaguered Shamasnehs to express their empathy. Yet the debate is utterly lopsided:  not a single Israeli has ever received compensation for seized property in Arab lands. No NGO or western government upholds their rights to compensation or restitution. No leftists demonstrate their sympathy outside Jewish homes in Baghdad, Sana’a or Tripoli, and no media finds the mass dispossession of Jews worthy of coverage.

The tendentious BBC reporting of this story is also forensically dissected here by BBC Watch.

The malevolence towards Israel of the western media is truly fathomless.