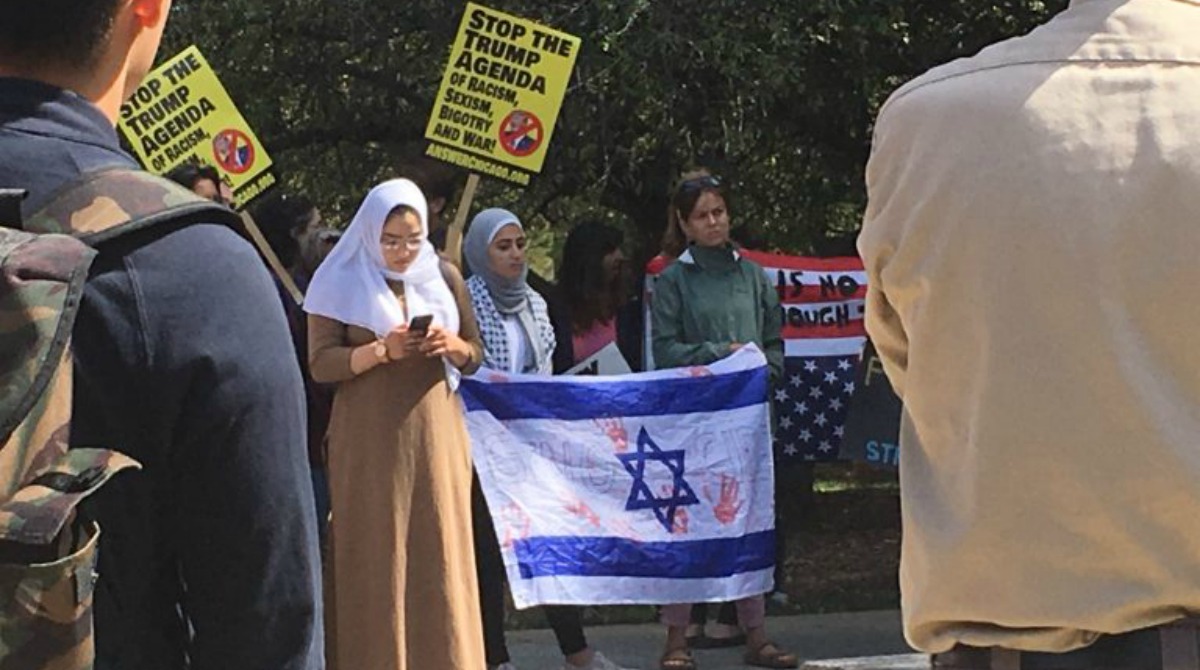 So-called “progressive” Jews think that the major threat to the Jews and humanity in general comes from a few thousand neo-Nazis and white supremacists, while all who organise against them are by definition on the same side as the Jewish people, anti-racism and civilised values.

As William Jacobson reports here, the antifa are joining up with Israel-haters to defame Zionists as Nazis and Israel as a “white supremacist” country. This despite the fact that some three quarters of Israeli citizens are not of Caucasian origin; more than half of Israeli Jews are not of Caucasian origin either since their families fled to Israel from Arab countries where Jews had lived for thousands of years but from where they were ethnically cleansed after 1948.

According to the SJP, “There is no room for fascists, white supremacists, or Zionists at UIUC.”

The antifa and SJC are thus helping further incite bigotry, intimidation and thuggery against Jewish students on campus.