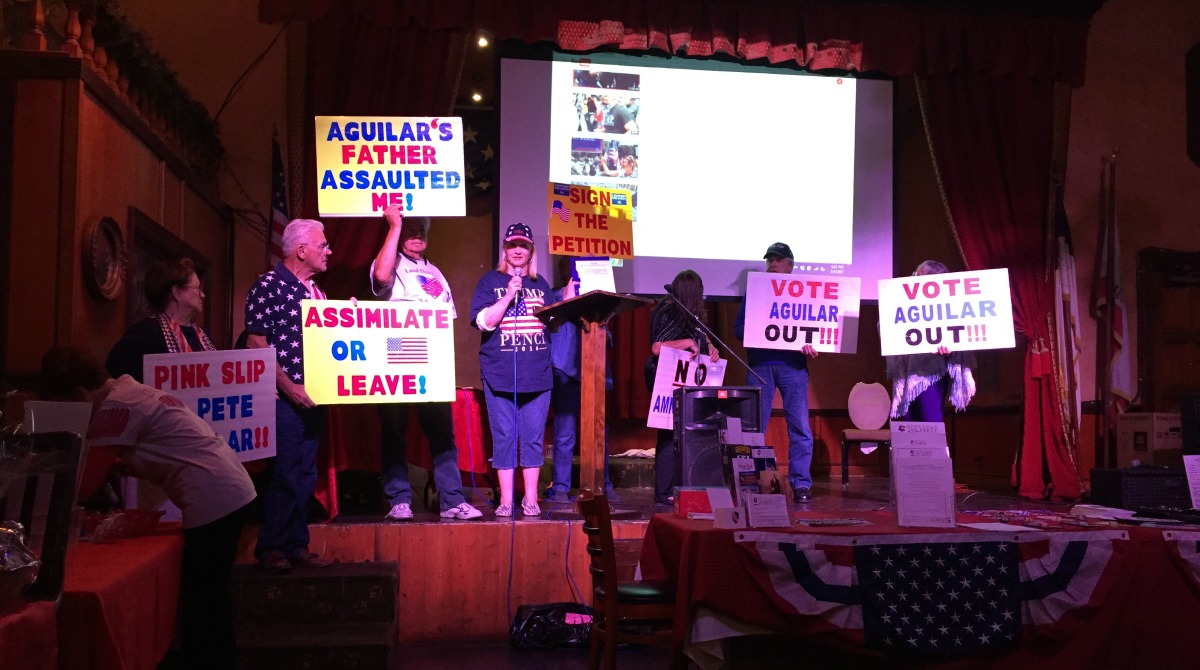 I have now completed my enjoyable and fascinating speaking tour in America. I’m most grateful to all who invited me to speak and who treated me with such graciousness and hospitality: indeed, I was quite overwhelmed by the warmth and enthusiasm with which my presentations were received. I look forward to repeating the experience, and would welcome invitations to undertake further US speaking engagements in due course.

On my two week trip I spoke to a wide variety of groups in a number of different cities. In California I spoke in Los Angeles, Berkeley, Mountain View, San Francisco and Redlands; and then in Oklahoma City, Des Moines Iowa, Rochester and Minneapolis Minnesota and lastly in Riverdale New York City.

From all these places I learned a huge amount about the state of America, about people’s hopes and concerns and their take on the current tumultuous political scene. This has made me realise just how false is the mainstream media picture being painted day after day about America, and in particular about those who voted for Donald Trump.

I discovered that these voters think President Trump is doing just great despite the near-daily scandals and uproar over his conduct. The more he is attacked, the more they feel vindicated for electing him.

They believe the attacks on him are largely based on malicious lies aimed at bringing him down in a kind of rolling coup being mounted by intelligence officials and political opponents. They discount his character flaws, his volatility and loose language and carelessness with facts. They remain instead his passionate partisans because they feel he listens to them and is already keeping his promises.

As evidence, they point to the fact that he has already rescinded dozens of regulations passed by the Obama administration, which they believe hugely extended government interference into their lives. They are benefiting from the jobs that are being created as a result of buoyant business confidence and measures such as the tariffs Trump has slapped on Chinese steel exports.

They also observe that since his inauguration the flow of illegal immigrants has dwindled to a trickle. They have noted with approval his attempt (thwarted by the courts) to tackle “sanctuary cities”. These are where illegal immigrants are – extraordinarily – given sanctuary from the law by these cities’ refusal to co-operate with requests by Immigration and Customs Enforcement to detain without warrant suspected illegal immigrants until it can pick them up.

The issue of illegal immigration, along with the violence being perpetrated at pro-Trump rallies or against conservative speakers on campus, is of the greatest importance to Trump voters. They say people are regularly being attacked by undocumented migrants who, instead of being jailed, are released into the community where there are examples of them attacking or murdering again. And the police are often directed not to enforce the law when left-wing mobs violently attack pro-Trump rallies or conservative speakers on campus.

Trump voters are generally derided as rednecks and racist bigots. Yet what is enraging them is simply the widespread institutionalisation of illegality and violence. These are decent people trying instead to promote adherence to the constitution, the rule of law and democracy itself.

Sanctuary cities, for example, attack the very basis of citizenship. As a condition of belonging to a nation, an individual undertakes certain duties, such as obeying the rule of law or paying taxes, in return for benefits such as being protected by the police or armed forces. Tolerating illegal immigration makes a mockery of this civic bargain and thus undermines the very basis of the nation.

These Trump voters believe that the Democrats, the media and even some Republicans who either ignore or tacitly condone such lawlessness and suppression of free speech have eroded the rule of law and the constitution which form the core of America’s identity. President Trump, they believe, stands for upholding and defending them.

The suggestion that Trump actually stands for the constitution and the rule of law provokes howls of derision and disbelief from the liberal establishment. They believe implacably that he is busily undermining them, and every fresh uproar merely confirms them in that belief.

Yet up to this point there has been not one shred of evidence that he has done anything unconstitutional or illegal. He may have behaved recklessly, carelessly, thoughtlessly or otherwise badly. But so far there’s no evidence that he or any of his team are in hock to the Russians; he was within his presidential rights to fire James Comey as head of the FBI; and when his plan to bar visitors from certain terror-supporting Islamic states was halted by a judge, after an unwise explosion of fury at the judiciary he meekly took the constitutionally proper path in submitting a revised proposal to the higher courts.

Those who scorn the idea that he represents a return to the rule of law, or who claim (as I heard this week at a debate over Trump in London in which I took part) that he has achieved precisely nothing since becoming President, either dismiss as supremely unimportant any moves to end the illegality that is now institutionalised in America or else they actually support it, demonising as racists those who oppose illegal immigration.

President Trump thinks with his gut. Personally, I’d rather he thought with his brain. It is not at all good to have in the White House someone who is so careless with language and facts. What may be normal for a deal-maker is not at all appropriate for the leader of the free world. And as I told the Trump supporters in my American audiences (who shook their heads at me in disagreement) I am concerned by the apparent flaws and frailties in his character.

Nevertheless, his gut seems to speak more sense than those with planet-sized brains in the liberal establishment whose anti-western ideology has brought American and western society to its knees.

What’s propelled Trump into the White House is a great revolt against a world view which abuses power to target conservatives, which has produced a climate of hatred and intolerance of dissent on campus, and which demonises people who merely want America to return to its founding values.

Trump gives those people hope; and I back them in their revolt against what America has become.

An enormous attempt is now being made to bring President Trump down, by hook or by crook. There’s a determination to impeach him merely for the crime of having been elected.

Maybe he will crash and burn as a result of either this campaign or his own flaws. And my goodness, he is certainly his own worst enemy. Extremes, however, beget extremes. When a society degenerates like this so that the entire political establishment becomes corrupted, the leader who emerges may not be someone who is chosen on account of his exceptional qualities of character or statesmanship but who is simply the nemesis of what came before. And he may not be up to the task.

The Trump presidency is work in progress and this neophyte politician is on a steep learning curve. Whether he turns into a great President or a total disaster remains to be seen. But at least, for the first time in many decades, the White House is occupied by someone whose gut is telling him the right thing – even if his brain has yet to follow.