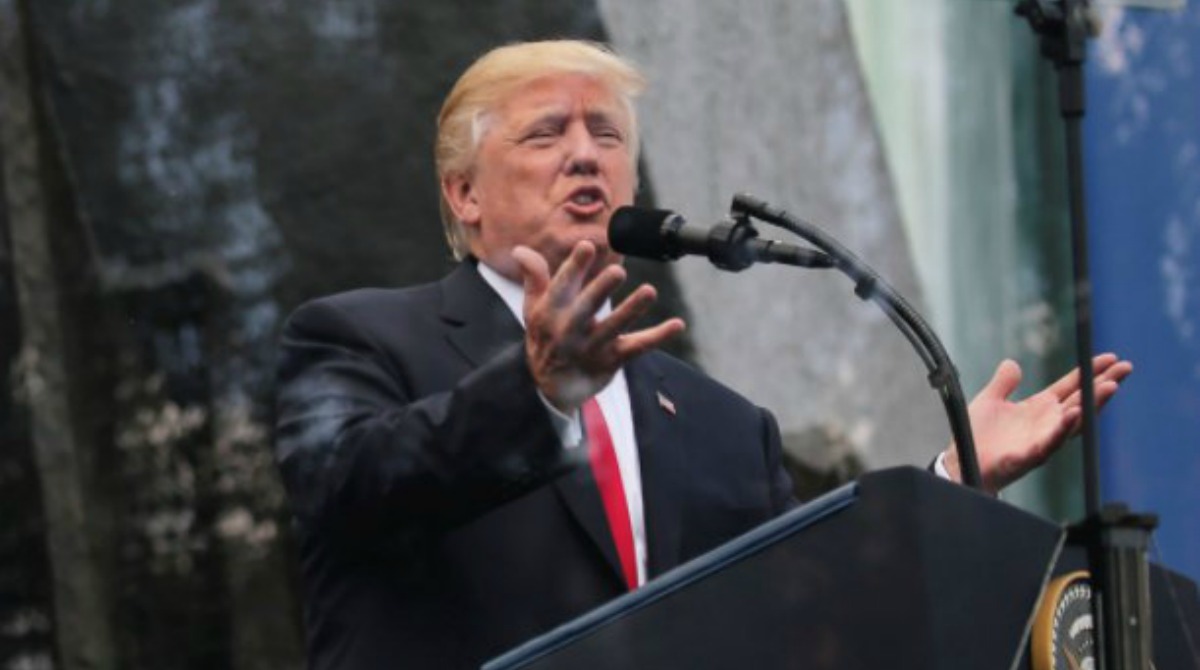 In his magnificent speech in Poland, President Trump asked whether the west “still has the will to survive”.

If he’d listened to BBC Radio’s Today programme this morning (approx 0840), he might have lost his own.

The issue that seemed to have startled the BBC was the suggestion that there were now threats to western bonds of culture, faith and tradition. (The fact that some of us have been writing about this for years has of course totally passed the BBC by). Two guests were invited to discuss this question: Margaret MacMillan, professor of international history at Oxford university where she is also Warden of St Anthony’s college, and Lord Dannatt, former Chief of the General Staff.

The interviewer’s loaded question about Trump’s speech, “Is he in any sense right?” invited them to agree that no, there could be no sense in which he was. Both duly agreed. Three against Trump, then. But if anything illustrated precisely what he was talking about, this conversation could scarcely have been bettered.

Opined Professor MacMillan: “There are bonds that hold us together and there are often bonds of history, but the idea there is something called ‘the west’ seems to me very dubious indeed. There are many wests, there are many different ways of looking at who we are, and I’m worried by the whole tenor of his speech. The talk of the ‘will’, the family, traditional values, what does that all mean?”

Lord Dannatt was equally perplexed. “What threat does he have in mind? From Russia? Islamic State? From climate change? Well he ruled that one out by pulling out of the Paris agreement. Or is it the nuclear threat from North Korea?”

Helpfully, the interviewer observed that what Trump had meant was a waning of cultural self confidence; he further ventured to suggest, with appropriate BBC diffidence, that “the project that we’ve all been involved in for centuries is a decent one”.

Professor MacMillan agreed there was a “decent side to what the west has done”. But just in case anyone might have thought she believed it to be better than other societies, she added there were many sides that weren’t decent at all “when you think of some of the things we’ve unleashed on the world” (presumably as opposed to the unlimited decencies that countries which don’t subscribe to respect for human life, freedom and democracy have bequeathed to humanity).

She conceded that the west had built a “liberal intentional order since the first and second world wars”. She agreed that respect for the rule of law and democratic institutions were very important and that these should be defended. “But if you talk about defending the power of the west and the dominance of the west that’s very different and I’m not sure that does make the world more stable… What worries me is that part of the enemy is seen as those who live among us… Islam, or Islamic fundamentalism, is [as presented by Trump] in some way a threat, and that means not just from outside but inside and that to me is really troubling”,

This professor of history, who teaches the young and thus transmits the culture down through the generations, didn’t even seem to know what that culture was. She implied that the will to survive was something out of Nietzsche or fascist ideology rather than the impulse to defend a society and a civilisation. She seemed to find incomprehensible the very idea that certain values defined western civilisation at all, or that it had a coherent identity.

She found something frightening or sinister about traditional values or the emphasis on the family: the very things that keep any society together. The one good thing she conceded was associated with the west – the “liberal international order” – had developed only after the two world wars. So much for the 18th century western Enlightenment, the development of political liberty and the rise of science.

The idea of the west having power filled her with horror; but without power the west can’t defend itself. And she thought the idea the west was threatened from within as well as from without was “troubling”. In other words, she doesn’t believe home-grown radicalised Islamists pose a threat to western countries. Now that really is troubling.

As for Lord Dannatt complaining Trump wasn’t specific about the threats he had in mind – well, talk about missing the point! Russia, Isis and North Korea are all threats to the west. The question was whether the west actually wanted to defeat any or all of these and more.

And Lord Dannatt’s reference to climate change was unintentionally revealing – about himself. Climate change supposedly threatens the survival of the planet. No-one suggests it poses a threat to the west alone! So it was irrelevant to the issue under discussion. Its inclusion implies that Lord Dannatt knows one thing: that Trump is wrong about EVERYTHING. So he just threw in climate change for good measure to show how wrong about everything Trump is.

So what exactly did Trump say to produce such finger-wagging disdain? Well, he produced an astonishing, passionate and moving declaration of belief in the west, its values of freedom and sovereignty and his determination to defend them.

He summoned up Poland’s resistance against two terrible tyrannies, Nazism and the Soviet Union, to make a broader point about western civilisation. Most strikingly, he identified Christianity as the core of that civilisation, that it was Christianity that was crucial in Poland’s stand against Soviet oppression – and that, in an echo of Pope Benedict’s warning years ago, the west has to reaffirm its Christian values in order to survive.

“And when the day came on June 2nd, 1979, and one million Poles gathered around Victory Square for their very first mass with their Polish Pope, that day, every communist in Warsaw must have known that their oppressive system would soon come crashing down.  They must have known it at the exact moment during Pope John Paul II’s sermon when a million Polish men, women, and children suddenly raised their voices in a single prayer.  A million Polish people did not ask for wealth.  They did not ask for privilege.  Instead, one million Poles sang three simple words:  ‘We Want God.’

“In those words, the Polish people recalled the promise of a better future.  They found new courage to face down their oppressors, and they found the words to declare that Poland would be Poland once again.

“As I stand here today before this incredible crowd, this faithful nation, we can still hear those voices that echo through history.  Their message is as true today as ever.  The people of Poland, the people of America, and the people of Europe still cry out “We want God.”

“Together, with Pope John Paul II, the Poles reasserted their identity as a nation devoted to God.  And with that powerful declaration of who you are, you came to understand what to do and how to live.  You stood in solidarity against oppression, against a lawless secret police, against a cruel and wicked system that impoverished your cities and your souls.  And you won.”

“We write symphonies.  We pursue innovation.  We celebrate our ancient heroes, embrace our timeless traditions and customs, and always seek to explore and discover brand-new frontiers.

“We reward brilliance.  We strive for excellence, and cherish inspiring works of art that honor God.  We treasure the rule of law and protect the right to free speech and free expression.

“We empower women as pillars of our society and of our success.  We put faith and family, not government and bureaucracy, at the center of our lives.  And we debate everything.  We challenge everything.  We seek to know everything so that we can better know ourselves.

“And above all, we value the dignity of every human life, protect the rights of every person, and share the hope of every soul to live in freedom.  That is who we are.  Those are the priceless ties that bind us together as nations, as allies, and as a civilization.

“What we have, what we inherited from our — and you know this better than anybody, and you see it today with this incredible group of people — what we’ve inherited from our ancestors has never existed to this extent before.  And if we fail to preserve it, it will never, ever exist again.  So we cannot fail.”

But the danger is that we might do just that.

“We have to remember that our defense is not just a commitment of money, it is a commitment of will.  Because as the Polish experience reminds us, the defense of the West ultimately rests not only on means but also on the will of its people to prevail and be successful and get what you have to have.  The fundamental question of our time is whether the West has the will to survive.  Do we have the confidence in our values to defend them at any cost?  Do we have enough respect for our citizens to protect our borders?  Do we have the desire and the courage to preserve our civilization in the face of those who would subvert and destroy it?

“We can have the largest economies and the most lethal weapons anywhere on Earth, but if we do not have strong families and strong values, then we will be weak and we will not survive”.

The millions who voted for Trump did so because of the promise he made them that he would defend America and the western values of life and liberty that it embodies. They understand very well that America and the west are not just being threatened from outside but are being undermined from within by the kind of people who are engaged in a fight to the death to destroy him – and by the kind of people who took part in that discussion on Today.