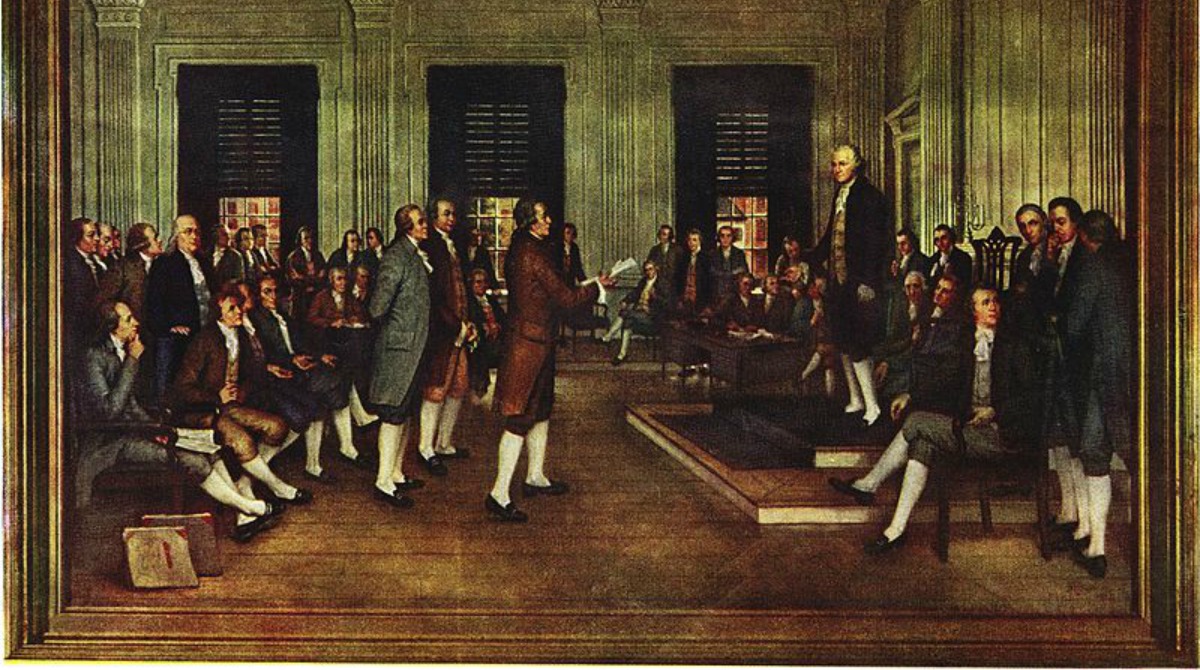 If you are in Britain and relying on the BBC and mainstream media for your information, you probably won’t know that a political scandal has been developing in the Washington swamp which has the potential to make Watergate look positively puny by comparison. You probably won’t know that what passes for the accepted wisdom about President Trump may be in the process of being turned on its head.

The reason there’s been no news coverage is that it suggests Trump has been not the instigator but the target of collusion – between the FBI, the Justice Department, the Democratic party and the Russians, first to prevent him from being elected US President and then to lever him out of office.

Last Thursday, some Republicans in Congress who had seen a secret memo, apparently compiled by House Intelligence Committee chairman Devin Nunes and fellow Republicans on the panel and which involved the Foreign Intelligence Surveillance Act (FISA), were so disturbed by what it contained that they called for it to be made public immediately. They were not at liberty to divulge what it said, merely to express their concerns. But the assumption is that it supposedly contains evidence that the Obama administration made illegal use of FISA warrants to spy on both the Trump campaign and transition teams.

“The allegations contained in this important intelligence document”, Rep. Matt Gaetz told Fox TV, “go to the very foundations of our democracy. I am calling on our leadership to immediately hold a vote on the floor of the house to make public the key contents of this intelligence memo regarding the FBI, the Department of Justice and President Trump.”

According to Fox News contributor Sara Carter, the contents of the memo were so explosive “that it could end special counsel Robert Mueller’s Russia probe once and for all”. Gaetz later told Sean Hannity’s show: “I believe people will go to jail.”

On Friday, Gaetz went further. “Our republic is in jeopardy if we allow this type of a palace coup environment to continue to persist… If we get this memo into the public square heads are going to roll at the FBI and the Department of Justice… What I’m worried about is that the cast of characters in the memo are not a group of people that are gone. Many of these people are still in our government. They still wield influence… It’s easy to see after reading this memo why Senator Grassley and why Senator Graham wanted to refer this matter for criminal prosecution. Laws were broken…”

The Democrats have pushed back by suggesting that the uproar has been fuelled by Russian propaganda web accounts, according to a website that claims to track Russian influence.

Democrat Rep Adam Schiff has been pushing the same line. So shouldn’t this material be made public so that people can make up their own minds? Oh no, says Schiff, that would be a really bad idea “because the American people unfortunately don’t have the underlying materials and therefore they can’t see how distorted and misleading this document is”.

Never trust the people to think independently if you’re a Democrat, eh.

Yesterday, the Daily Caller featured this video interview with a former federal prosecutor, Joe diGenova. He brandished a document he said was now in the public domain but which the media had ignored. This was a Foreign Intelligence Surveillance Court decision on April 7 2017 which, he said, claimed there had been systematic violations of the law by the Obama Administration in a “brazen plot to exonerate Hillary Clinton” and “frame an incoming president with a false Russian conspiracy”.

“DiGenova condemned the FBI for working so closely with the controversial Fusion GPS, a political hit squad paid by the DNC and Clinton campaign to create and spread the discredited Steele dossier about President Donald Trump. Without a justifiable law enforcement or national security reason, he says, the FBI ‘created false facts so that they could get surveillance warrants. Those are all crimes.’ He adds, using official FISA-702 ‘queries’ and surveillance was done ‘to create a false case against a candidate, and then a president.’

“In this highly detailed video interview, he holds up an unreported April 2017 99-page FISA court opinion that ‘describes systematic and on-going violations of the law [by the FBI and their contractors using unauthorized disclosures of raw intelligence on Americans]. This is stunning stuff.’ ”

DiGenova discusses the heroism of NSA Admiral Mike Rogers who briefed Trump as president-elect on November 17, 2016 about the controversial governmental surveillance. This resulted, he says, in Trump’s presidential transition being moving out of Trump Tower to Bedminster NJ until it could be debugged.

If all this is true, it is one of the greatest political scandals in American history: the corruption by a sitting president of the top tiers of the security and justice establishment to pervert the course of justice to exonerate the Democratic presidential candidate of any crimes while simultaneously trying to frame her opponent; and then a further conspiracy between the Democratic party and administration officials to remove the duly elected President from office through an administrative coup based on a further criminal abuse of process.

Whether or not this turns out to be the case remains to be seen. But given what’s going on, the silence or muted disdain of most of the mainstream media in the US and their echo-chamber in Britain is remarkable. It is the most graphic evidence of a collective hysteria about Donald Trump which has effaced not just the tattered fragments of media objectivity but reason itself.