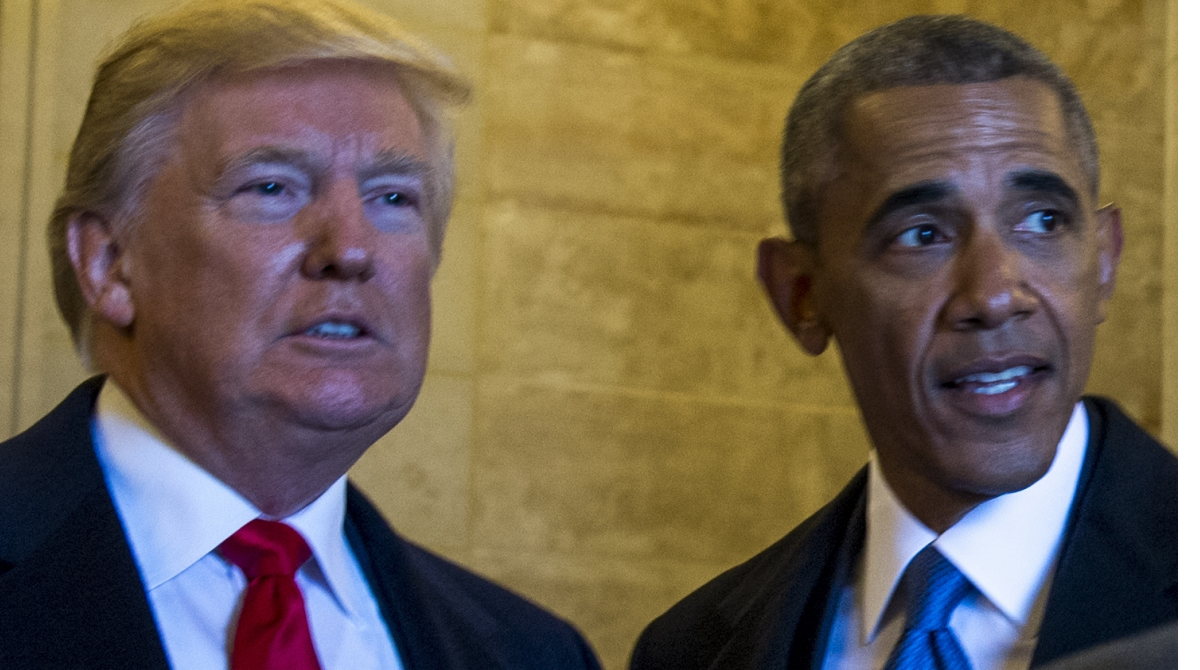 President Trump’s shock decision to pull US troops out of north-east Syria confirms a disastrous slide in American foreign policy.

I warned here that Trump was trapped by his own contradictory character into making bad foreign policy mistakes — such as cancelling an airstrike on Iranian targets with only 10 minutes to spare.

His previous plan last December to pull US troops out of Syria was deftly modified by his erstwhile National Security Adviser, John Bolton.

Alas, Bolton has now departed. So now there’s no-one to corral this most erratic president — who is doubtless being made even more erratic than what passes for normal in the White House over his impeachment difficulties.

The potential consequences of this pull-out are appalling and disastrous.

Trump is abandoning the Kurds to an onslaught by Turkey. The Kurds are not only allies of the west but, in a campaign of unparalleled bravery and fortitude, drove out ISIS from the region. So this is not just a disgraceful way to treat an ally, but withdrawing US troops and abandoning the Kurds will probably also mean the revival of ISIS.

Worse than this is the shot in the arm it will give to the Iranian regime. Despite Trump’s strategically astute decision to withdraw the US from the appalling nuclear deal and reimpose necessary sanctions upon Iran, he has subsequently been steadily going in the opposite direction.

His refusal to act against Iran after its recent attacks on drones and shipping in and around the crucial Straits of Hormuz sent Tehran a disastrous signal of US weakness which has justifiably caused much Iranian crowing.

Last month Qassem Soleimani, head of the Iranian Revolutionary Guard Corps’ Quds Force, claimed his country had “defeated” the US military before the world, and that the Guards had “paved the way” to defeat the nation’s enemies in the region.

It’s not just Iran that smells US weakness. So does Saudi Arabia. Long made uneasy by Trump’s contradictory signals, the Saudis have now concluded — after even the devastating Iran-sponsored attack on its oil facilities in September elicited no action from the US — that Trump is a blowhard who won’t step up to the plate against Iran.

So the Saudis, for whom the Iranian regime is their greatest and existential enemy, are now moving to some kind of rapprochement with it. It’s been reported that Riyadh has recently made overtures to Tehran seeking a diplomatic solution to the conflict through Iraqi and Pakistani mediators.

This is the Middle East’s iron principle of the strong horse. If Saudi Arabia and the Gulf states can’t rely on the US as the strong horse to defend them, they will move to engage with the horse that is the strongest — yes, their bitter foe, Iran. Well done, Trump!

As I wrote here, Trump’s genuine concern for Israel’s security is not in doubt.

He also deserves enormous credit for reimposing sanctions to bring the Iranian regime to its knees, having correctly described the Obama-brokered nuclear deal as the worst deal ever. The problem, however, is that he thinks he can negotiate a better one. Trump’s flaw is that he thinks every situation is a potential deal; he thinks that everyone in the world has a price at which they can be bought off.

But some, like the fanatics in Tehran, can never be bought off; they have to be fought and defeated instead. Trump thought he could make a deal with Iran better than Obama’s. When he realised he couldn’t do so, his reaction was not to defeat it by other means but to turn his back.

Israel, of course, is now concerned that Iran, pumped up and elated by the spectacle of American weakness, will follow up its attack on Saudi Arabia with an attack on Israel. Once again, it seems, Israel is on its own.

Whoever thought that because Trump loves Israel he would act wisely on its behalf clearly wasn’t paying attention.

Yes, Trump is probably the only person who could have issued a corrective to the disastrous onslaught on American exceptionalism and western democratic values by the Obama administration. Yes, he’s still the only person to take the fight to the cultural totalitarians, antisemites and anti-white racists of the Democratic Party who would continue to destroy America. And yes, a man like Trump is necessary because the civilised world has spun so wildly off its axis of reason and decency over the past several decades that only someone who is totally outside all the normal rules of politics and social conformism could create at least a possibility of western cultural survival.

But as I have also said again and again, Trump thinks out of his gut rather than his brain. The fact that what his gut tells him is often far superior to what most leaders produce from their brain doesn’t solve the problem. Not thinking with your brain and having the attention span of a gnat on speed is more than a little problematic in the leader of the western world.

Oh – and did I mention again his psychological flaws?

Trump is also an isolationist. And so here’s the thing. Despite his emotional attachment to Israel, his isolationism means he often arrives in pretty much the same place as the left places itself. The left doesn’t want to get involved in wars against the enemies of the west because it takes the side of the enemies of the west. Unless there’s an immediate threat to America, Trump doesn’t want to get involved an any wars at all.

So maybe the only hope of getting him to reverse what he’s just set in train is to tell him that he now risks going down in history as the president who lost Iraq; that he risks becoming Obama mark two by disengaging America and thus empowering Iran; and that this risks causing another, even more terrible Middle East war — which will hit the world’s economy and thus his chances of re-election in 2020.

But then, maybe by tomorrow, or even later today, he’ll have decided to change course again anyway…