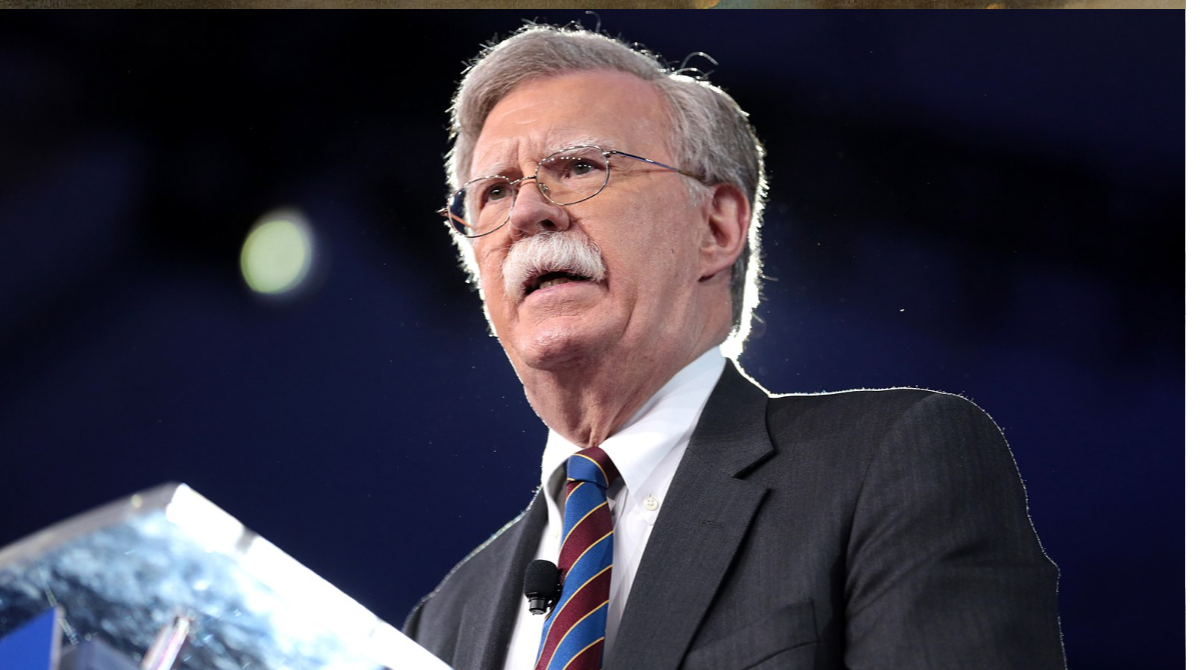 John Bolton’s departure from the Trump administration should have had the left cheering from the rafters.

Bolton has long been a bogeyman in liberal circles on account of his refusal to appease the enemies of America and the west, a disposition that the left regard as belligerent war-mongering.

When Bolton was made National Security Advisor, his liberal foes behaved as if U.S. President Donald Trump had signed up in person one of the four horsemen of the apocalypse.

Now that Bolton’s appointment has abruptly terminated, though, there’s been no rejoicing from his ideological foes. That’s because their blind hatred of Trump means he can never do anything right. So Bolton’s ouster is merely viewed sourly as further proof of Trump’s psychological flaws.

The curious fact, however, is that the left hate Bolton for reasons very similar to Trump’s own inability to see eye-to-eye with him. For the left have more in common with Trump than they would ever care to acknowledge.

On foreign policy, both are isolationists, although for different reasons.

The left never support the west fighting wars in its own interests, viewing it as innately bad and oppressive while its enemies are inescapably its victims and therefore morally above reproach.

For his part, Trump wants to end America’s involvement in foreign wars and doesn’t want to get involved in any new ones.

Since Bolton believes in defeating rather than appeasing the enemies of America and the west, and not flinching from military action if that proves unavoidable, this reportedly brought him into repeated conflict with the president.

In the wake of Bolton’s departure, members of the administration have been at pains to stress that there will be no let-up in America’s policy of reimposing sanctions on Iran.

For this sends the unmistakable message that Trump is wavering and America is beginning to cave; and that immeasurably strengthens and emboldens the Iranian regime.

It’s been reported that a row with Trump on Monday over precisely this point led to Bolton’s exit later that day. And this removal of Trump’s principal foreign-policy hawk similarly signals to Tehran that American resolve has collapsed.

Which is why Iran is crowing that America’s “warmongering” is a failure. The regime believes that it has taken Bolton’s scalp. Which is why Israel has expressed enormous concern about both Bolton’s exit and American resolve.

Trump’s genuine concern for Israel’s security is not in doubt. He also deserves enormous credit for reimposing sanctions to bring the Iranian regime to its knees, having correctly described the Obama-brokered nuclear deal as the worst deal ever.

This is yet another fantasy that he shares with the left. For they also think that everyone is susceptible to a negotiated compromise, even religious or other fanatics for whom rational self-interest can never be the clincher.

The left don’t believe in defeating the enemy, however implacable these foes may be. They believe in agreeing a deal with them.

That’s why they are so obsessed with peace processes, otherwise known as appeasement processes. These processes cannot acknowledge the non-negotiable aspect of unconscionable agendas because that would cause them to fail. And they cannot be allowed to fail because the alternative is military action, which must be avoided at all costs.

They are therefore a certain route to the surrender of victim to aggressor.

The baleful consequences of this assumption have been laid bare by the former U.S. Defense Secretary James Mattis in his new book Call Sign Chaos: Learning to Lead. This deals with his time as leader of U.S. Central Command from 2010 to 2013, overseeing military operations in the Middle East and Central Asia.

In his book, Mattis tears into former President Barack Obama’s strategic ineptitude in failing to take appropriate action against America’s enemies. Faced with clear evidence of Iranian “acts of war” against America, Obama did nothing.

In 2011, two Iranians planned a bomb attack on Cafe Milano, a Washington restaurant patronized by the rich and famous, including Saudi Arabia’s ambassador to the United States, Adel al Jubeir.

This would have been, writes Mattis, the worst attack on the United States since 9/11. “I sensed that only Iran’s impression of America’s impotence could have led them to risk such an act within a couple of miles of the White House. Had that bomb exploded, it would have changed history.”

Such a plot should have produced a forceful response. “My military options would raise the cost for this attack beyond anything the mullahs and the Quds generals could pay.” First, though, Obama needed to make the public understand the “enormous savagery” of the intended atrocity.

But none of this happened. “We treated an act of war as a law-enforcement violation, jailing the low-level courier,” he writes.

And then, four years later, Obama brokered the nuclear deal with Iran, which at best would merely delay its nuclear-weapons program by a decade and which enabled millions of dollars in sanctions relief to pour into the regime to fund its murderous activities.

But it’s not just Obama who has refused to respond appropriately to Iran’s four-decade war against the West.

Even when Iran was killing American and British soldiers in Iraq, or when its proxy army Hezbollah bombed the U.S. embassy in Beirut in 1983, and the Israel embassy and a Jewish community center in Buenos Aires in 1992 and 1994, the west failed to treat these as acts of war.

It failed to do so even after Iran seized a British-registered oil tanker this summer in the Strait of Hormuz and harassed other commercial shipping there.

It was revealed this week that two British-Australian women and one man have been arrested and jailed in Iran, adding to a growing number of British nationals being effectively held as hostages in Iranian jails.

And yet, Britain has not only been a principal cheerleader for the Obama nuclear deal but, along with the European Union, is seeking ruses to get round the sanctions on Iran reimposed by America.

It is still possible that Trump will hold firm against Iran. If he does not, Israel will act alone to defend itself if that becomes unavoidable; and if that happens, the United States will find itself unavoidably sucked into a terrible war.

John Bolton’s steady and clear-minded focus on preventing this from happening was a standing rebuke to the feeble-minded west that has supinely stood by as this unconscionable threat by the Iranian regime has remorselessly increased.

Bolton has now left the West Wing; but Boltonism – the strategic grasp of how to defend the west against its mortal foes – must not be allowed to disappear with him.

With Bolton’s departure, the world has not become a safer place. It has become far more dangerous.