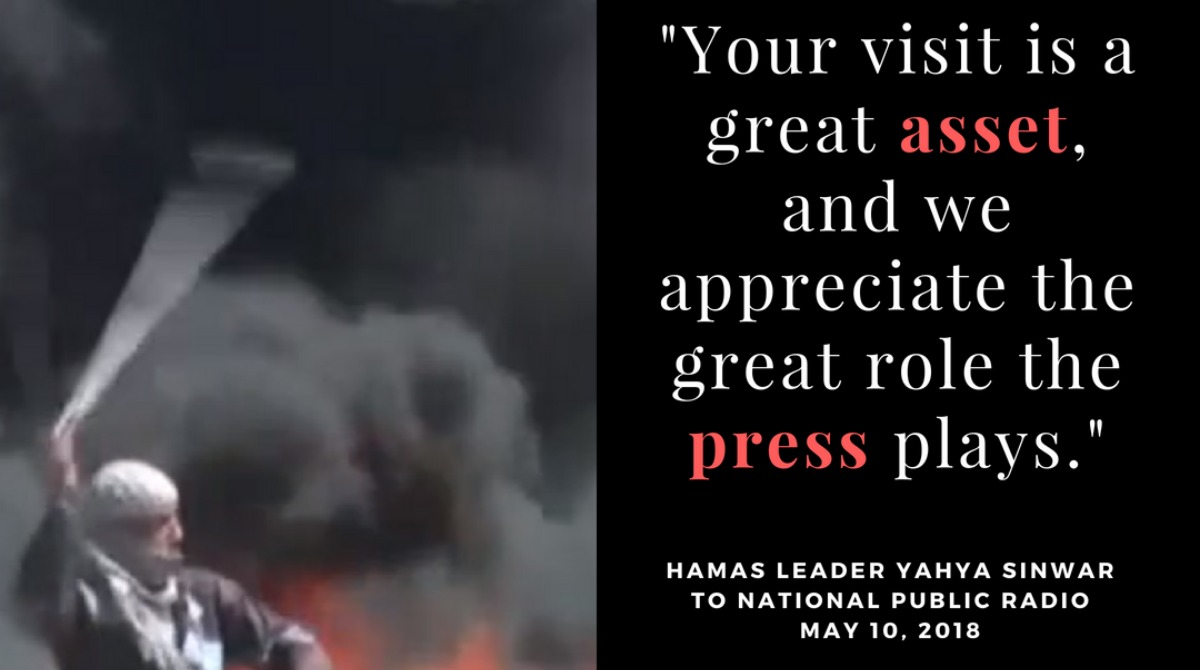 British and other western media, led by the BBC, continue to sanitise what they so shamefully call “peaceful demonstrations” by the Arabs of Gaza at the border with Israel. In fact, these are attempted mass invasions of Israel using violent means including bombs, grenades and (grotesquely) flaming kites to set fire to Israeli farmland. If these mobs were to break through en masse as intended, no-one can be in the slightest doubt about the slaughter of Jews that would then follow.

The scale of what Hamas has been planning for the culmination of all this on Tuesday and Wednesday (update: the IDF is warning this has all been brought forward to tomorrow and may involve an attempted massacre of Israeli civilians) has caused Israel to put itself onto a war footing in the south and call up Israeli reserves for duty. According to this report from the authoritative Meir Amit Intelligence and Terrorism Information Centre, Hamas hopes to bring hundreds of thousands of Arabs to the border to bring about “mass penetration into Israel” accompanied by “acts of violence and maybe even terrorist attacks exceeding what has been seen so far”. They are also inciting to mass violence the Arabs living in the disputed territories, and Israeli Arabs too.

With the world’s attention focused on the US pull-out from the Iran deal (and, tomorrow, on the symbolic opening of the US embassy in Jerusalem to be attended by hundreds of dignitaries), the report observes: “a great number of casualties and the opening of new fronts of violent friction between the Israeli security forces and demonstrators in Judea and Samaria and other arenas may, from Hamas’s perspective, increase the media impact and return the Palestinian issue to the headlines.

“…On the logistical and tactical spheres, preparations for May 14 have been taking place for quite a while. The main challenge Hamas and the other organizers are facing is how to mobilize and move masses of people to the fence. For this purpose, they plan to use public address systems in mosques and on the streets, starting May 13. In addition, logistical preparations also take place, such as preparing hospitals to receive casualties and organizing transportation to the gathering sites. At the same time, various confrontation tactics are being examined, such as breaking through the fence in many places so as to wear out the IDF forces; using bulldozers to remove the fence and create a breach through which masses of demonstrators could pour into Israel;  preparing gathering sites for those who will be able to break into Israeli territory.”

The attempted invasions are being fronted by Gazan civilians who have either been brainwashed or are being press-ganged into taking part with the specific intention of provoking the Israel Defence Force to kill them – so that the western media will portray these as peaceful demonstrators killed as a result of Israel’s wanton violence. The western media have so far been following faithfully the script the provided to them by the Hamas – which has duly thanked them. The Hamas leader in Gaza, Yahya Sinwar, told NPR two days ago: “Your visit is a great asset, and we appreciate the great role the press plays” (via Honest Reporting which produced the Twitter picture above).

Will the BBC and other British and western media now add even further to the blood that is already on their hands?