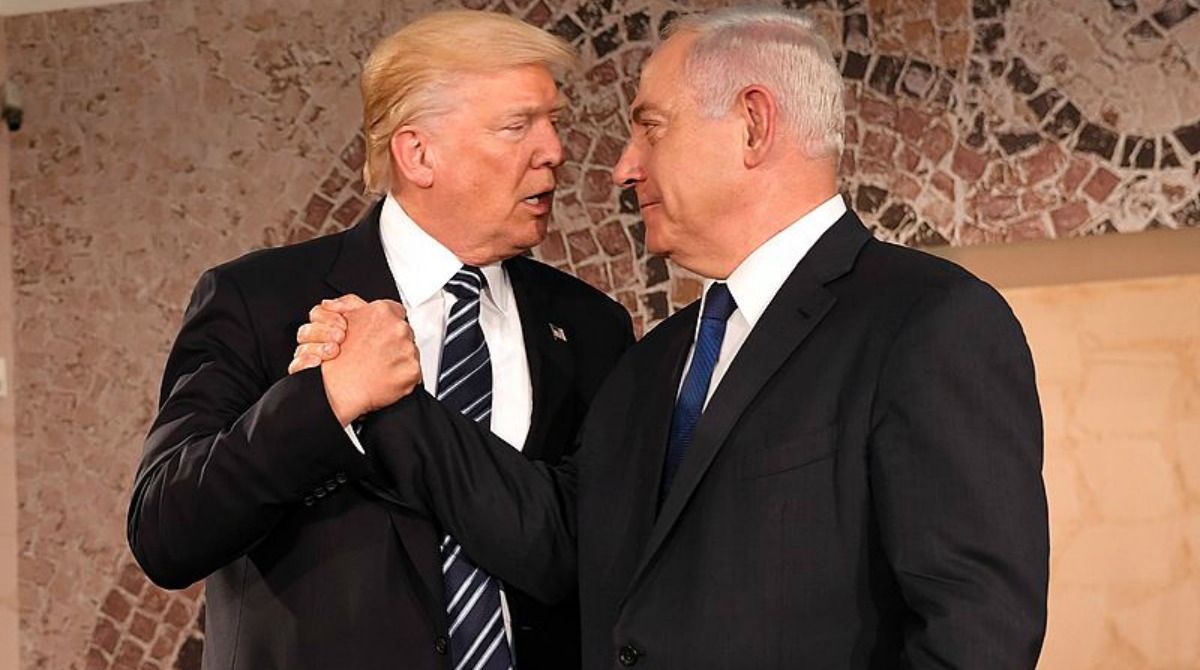 Day in and day out, two men—two crucial world leaders—remain under a constant barrage of verbal attacks. They are subjected to an obsessional, unhinged and unprecedented stream of abuse, distortion, character assassination and malicious fantasies.

If you haven’t guessed, they are Israeli Prime Minister Benjamin Netanyahu and U.S. President Donald J Trump. The campaign against them signifies a cultural disorder in the West that borders on the pathological.

Netanyahu certainly has his faults. One might list arrogance, moral cowardice and his tendency to be a control freak. He doesn’t take criticism well. He has failed to organize his government to deal with the psy-ops war waged so devastatingly against Israel in the court of Western public opinion. And maybe, who knows, some of the multiple corruption charges against him will stick.

Yet his achievements are formidable. Netanyahu enabled Israel to survive the sustained attempts to weaken it by President Barack Obama, arguably the most hostile American president to date regarding Israel. Netanyahu has led the Jewish state to become a dynamo in the fields of technology and R&D in large measure because of his liberalization of the Israeli economy. He has opened up new alliances through the pivot to Asia. He has held the line against the Palestinian /European axis of attrition. And he is riding the wave of a new regional order involving alliances with Egypt and Saudi Arabia.

In Israel and among the Western intelligentsia, however, it’s hard to overestimate the loathing he provokes. His achievements are ignored or blatantly dismissed. Instead, he is blamed (ludicrously) for preventing a solution to the Middle East impasse. No less risibly, he was held responsible for Obama’s hostility for eight years running. He is said to be an incipient dictator, a racist ethno-nationalist and an “alt-Zionist.” These are not criticisms; these are ravings.

Over in the United States, Trump certainly has his faults. One might list his zero concentration span, his disregard for detail, his carelessness with accuracy, his reckless and compulsive tweeting, his coarse and bombastic talk, and his failure to take criticism.

Yet his achievements after only one year in office are formidable. He presides over a booming economy with huge job growth; he is restoring the rule of law to immigration; he’s rolling back regulation; he’s made stellar appointments to the judiciary; he’s forcing Saudi Arabia to reform; and is confronting Iran, the United Nations and the Palestinians.

It’s impossible, however, to overestimate the contempt and horror with which he is viewed. He is accused of being racist and anti-Semitic, of undermining the rule of law, of behaving like Mussolini. While not a shred to evidence supports the claims against him of colluding with Russia, there is mounting evidence that elements of the FBI and justice department under the Obama administration have acted illegally against him.

The Democrats are talking wildly of impeaching him. They’ll decide on the nature of his crime later. This is not opposition; this is derangement.

So why are both men being treated like this? In Israel, it’s easier to blame Netanyahu than face up to the terrifying complexities of the existential war being waged against it and the difficult choices that need to be made.

In America, Trump provokes such a frenzied reaction because he operates outside all conventions. He challenges unchallengeable liberal orthodoxies on immigration, national identity and victim culture, and he exposes the frailties on his own Republican side.

Where both he and Netanyahu succeed is in speaking for the great middling center of their electorates—the ordinary people who observe with silent astonishment and fury how the cultural and political establishment not only ignores their concerns, but deems them illegitimate.

Middle Israel understands that the difficult and dangerous status quo with the Palestinians is nevertheless inevitable given their persistent rejectionism. Middle America understands that under Obama, the rule of law was eroded through illegal immigration, the weaponization of the IRS against conservative groups and the support of black-power activists against the police.

In an article in Tablet, writer Paul Berman wrings his hands over Trump’s election. He runs through some explanations offered by fellow hand-wringer Thomas B. Edsall, who in a column in The New York Times points to the “material grievances of the white working class,” and “racist animosities toward the blacks and the latest immigrants, together with a surly hatred of the bicoastal snobs.”

Berman, however, thinks the real reason for Trump’s election was nothing less than a “broad cultural collapse.” He writes: “It is a collapse, at minimum, of civic knowledge—a collapse in the ability to identify political reality, a collapse in the ability to recall the nature of democracy and the American ideal. An intellectual collapse, ultimately. And the sign of this collapse is an inability to recognize that Donald Trump has the look of a foreign object within the American presidential tradition.”

You really do have to rub your eyes at this. For eight years, America had in Barack Obama a president who subverted the constitution at home and weakened his country abroad by helping empower those who wished the country ill (consider the Iranian regime or the Muslim Brotherhood).

In Trump, America now has a president who is restoring respect for the constitution and the rule of law, and is standing up for American interests at home and abroad. And who is also currently being targeted by what looks very much like an attempted establishment coup against his presidency.

If this wasn’t so serious, it would be comical to see some of our most stellar intellects holding their heads in their hands and wondering aloud what could possibly have caused their country to fall into an abyss. The answer is simple: them.

Trump and Netanyahu lead the West on a new and more hopeful path. For sure, they aren’t perfect and much remains unaddressed. But this is the first time that the demoralization of the West has been tackled since the end of World War II.

Countries hostile to this leadership, including Britain and much of Western Europe, are now fumbling the civilizational ball. The only things they will be left holding are their noses.