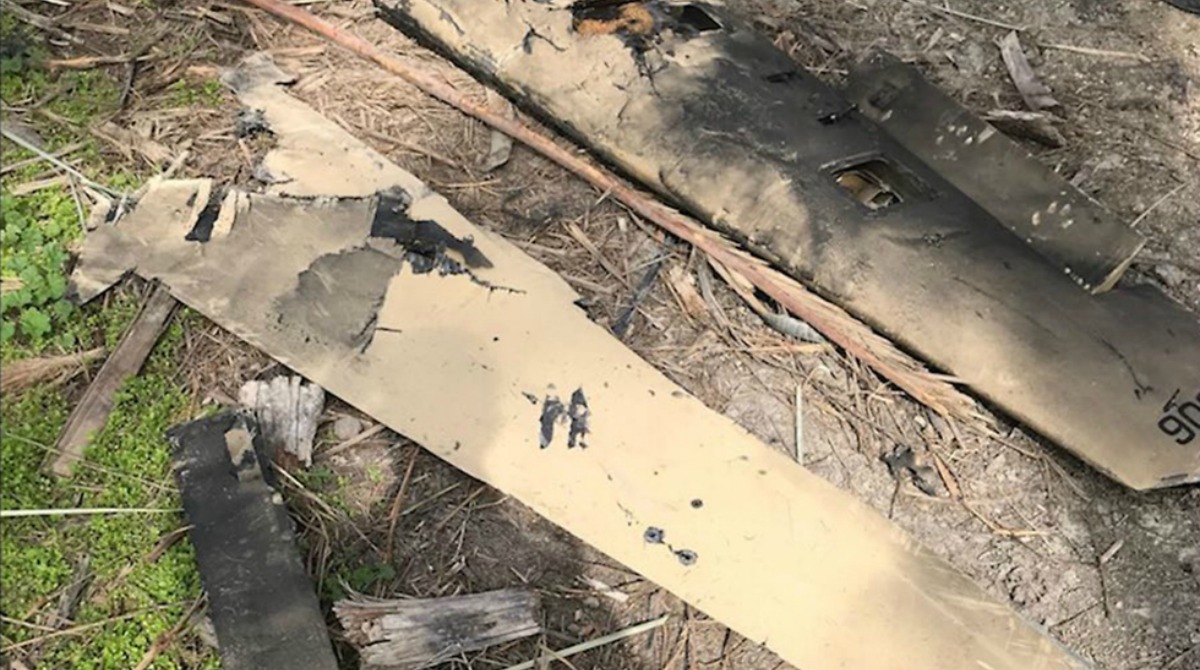 Did Iran yesterday openly launch its war of extermination against Israel?

The sequence of events, according to former IDF spokesman Lt Cl Peter Lerner, was this. Yesterday morning an Iranian drone, an advanced model with stealth capabilities, penetrated into Israel through the border from Jordan. It was intercepted after about a minute and a half in Israeli territory by an IDF attack helicopter.

In the immediate aftermath, the Israel Air Force conducted a targeted strike and destroyed the mobile command vehicle that guided the drone. On its way home, an Israeli F16 fighter jet was downed by massive Syrian anti-aircraft fire. Following this, the IAF conducted a widespread strike against 12 targets in Syria, including three aerial defence batteries and four Iranian positions.

Widespread media misreporting of these events constituted the usual combination of lazy incompetence and malice. Outlets including the New York Times, CNN, the Guardian and BBC News falsely implied that Israel was the aggressor; only by carefully reading these stories could the true sequence of events be discerned.

The Guardian claimed Israel had launched a “large-scale air raid in Syria after one of its F-16 fighters crashed while under Syrian anti-aircraft fire”. Like the BBC, it acknowledged this raid was in response to the Iranian drone attack only in the third paragraph while CNN relegated it to paragraph five.

The significance of the Iranian drone sortie isn’t clear. Maybe Iran intended it as a provocation and knew it would generate a condign Israeli response. But to what end did it dispatch it? Did Iran simply want to beat its chest and demonstrate how easy it was to attack Israel? Did it want to test out how Israel would react? Was it instead trying to test out the drone’s stealthy qualities? Did it under-estimate Israel’s response?

For its part, Israel displayed the awesome precision of its intelligence not just about Syrian but Iranian positions which it says were concealed. Nevertheless, the fact that Syria was able to down an Israeli fighter was a blow to Israel and a shot in the arm for Syria and Iran.

The immediate support shown to Israel by the US, which declared robustly that Israel had every right to defend itself, was obviously welcome. Nevertheless, there is surely something very wrong about this situation which everyone – including the US – appears to accept as normal.

Iran is a fanatical Islamic regime driven by the genocidal aim of exterminating Israel. It has repeatedly announced this to the world, accompanied by deranged and obsessive Holocaust denial and anti-Jewish calumnies. There can be no doubt about its implacable intention to realise this infernal goal.

In Lebanon its proxy army, Hezbollah, has embedded within the civilian population upwards of 150,000 missiles pointing at Israel. In Syria, Iran’s support of Assad has enabled it to reach Israel’s border. In Gaza, Iran is embedding itself through Hamas.

Since the debacle of the 2003 war in Iraq, launched with the aim of preventing Saddam Hussein from obtaining or developing weapons of mass destruction, the west appears to have decided that pre-emptive strikes are off the table for ever.

This means Israel has to act like a sitting duck, waiting for Iran to attack it before it can do anything to defend itself. Even the drone is being said in some quarters not to have represented a real attack. In other words, Israel has to wait for its citizens to be killed (how many??) before it is entitled to take any military action (and even then, what’s the betting it would still be presented as the aggressor? Quite).

The film The Darkest Hour has gained deserved plaudits for Gary Oldman’s outstanding performance as Winston Churchill. Audiences are being educated – some for the first time – in the dismal reality of 1930s British appeasement, despite Hitler’s invasion of Czechoslovakia, and the way in which Churchill’s all-too accurate warnings about Hitler’s intentions were ignored while Churchill was depicted instead as an extremist warmonger. If he had been listened to earlier, maybe Hitler could have been stopped and countless millions of lives saved.

Israel’s position today is analogous to Hitler having positioned 150,000 missile batteries in, say, Ireland, all pointing at Britain; and then advancing into France and reaching the Normandy coast, all the while steadily embedding his forces in the Channel Islands.

Britain finally went to war when Hitler invaded Poland. Even in appeasement Britain, no-one suggested it should have waited until the Nazis reached the French coast before it decided to fight them. Had it do so, Britain along with Europe would now be a Nazi dictatorship. Yet people expect Israel to sit on its hands while genocidal fanatics intent on its destruction encircle it unimpeded.

Just as with Hitler’s intentions in the 1930s, the Iranian regime’s implacable intention to exterminate Israel has been ignored, downplayed or denied. Now the significance of the Iranian drone is being downplayed, mischaracterised or denied.

No civilised country wants war, and Israel will do everything it can to avoid an all-out conflict. But Iran is already at war with Israel – a war Iran has initiated. The question today is whether the strength and accuracy of Israel’s response to the drone will deter Iran from further aggression.

There will be a far greater chance of averting all-out war if Britain and Europe finally come to their senses and start holding Iran’s feet to the fire rather than seeking to sanitise, excuse and reward it at every opportunity.

The answer to the question, however, depends on what Iran was intending when it dispatched its drone into Israel. From the information that has so far been made public, it is impossible to tell.

These nations may afford themselves the luxury of setting the value of Jewish lives at zero. But the State of Israel was founded on the principle “never again”; and if needs be it will also say, just as the defiant British soldier declared in the famous David Low cartoon in that darkest hour: “Very well, alone”.