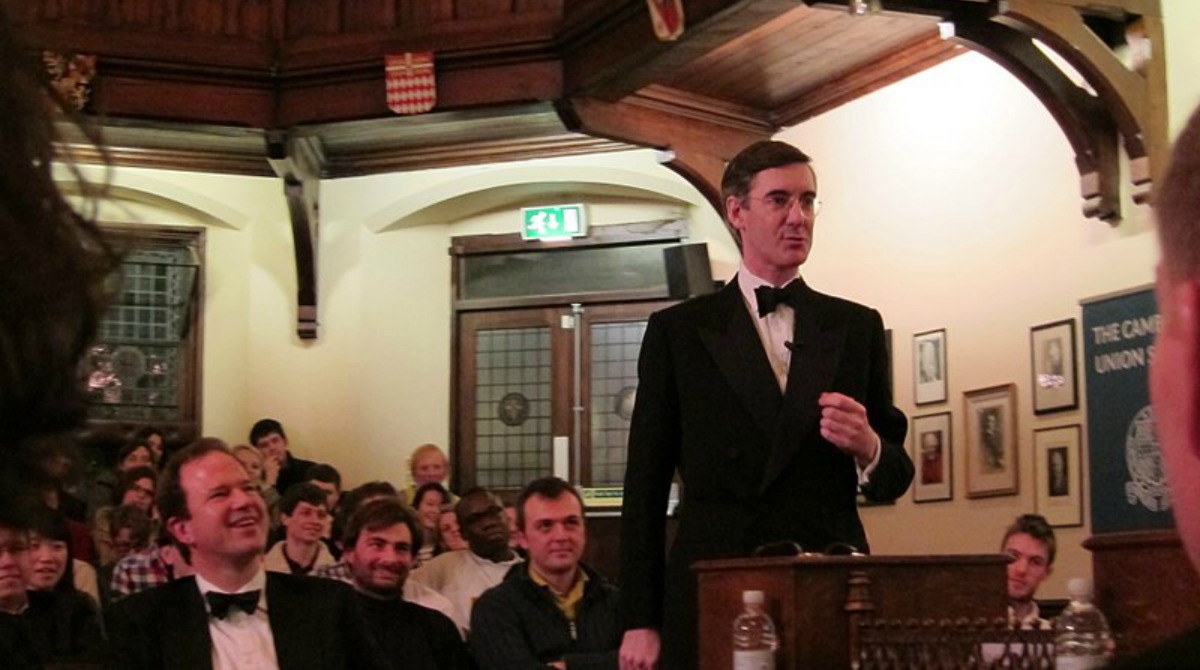 Is Jacob Rees-Mogg being turned into the Donald Trump of the Conservative party?

Clearly, there could hardly be a greater contrast between the two men in terms of personality, character and demeanour. Rees-Mogg is almost beyond caricature as the very essence of old-fashioned gentlemanly behaviour, self-restraint and thoughtful intellect; Donald Trump is… well, Donald Trump.

Just like Trump, however, Rees-Mogg has been transformed very fast from a joke figure on the fringes of politics to a front-runner for the leadership of the Conservative party and to become the next Prime Minister.

This is due to three factors. He is considered to be a political outsider, and is thus attractive to people for whom the entire political establishment is tainted; he has the virtue of absolute authenticity since he stands for things on which, however unpopular they may be — as a Catholic he is opposed to abortion, for example — he will remain staunch through thick and thin; and he represents values which are supported by millions of people but which the mainstream political establishment disdains.

Namely, he believes that since the British people have voted to leave the European Union they should actually leave the European Union. Accordingly, he stands robustly against all the weaselly ways in which the political establishment is attempting to ensure that Brexit happens in name only, with Britain remaining tied to the EU even after it has in legal terms made its exit.

Rees-Mogg therefore stands unequivocally for democracy, integrity and the independence of Britain as a self-governing nation. As a result, the political and media establishment is now intent on stopping him.

Exactly the same thing happened to Trump, whose relentless rise was the result of the same three factors (apart from the devout Catholicism) and who consequently has been the target of a frenzied attempt to destroy him. Now the cry has gone up: “Anyone but Rees-Mogg” — and also Boris Johnson, who has positioned himself as a staunch Brexiteer and is also still considered (amazingly) a leadership front-runner.

The Tory MP Anna Soubry, an extreme Remainer, says if Rees-Mogg and /or Johnson were to become leader she would quit the party. “They are not proper Conservatives”, she says. She has also urged Theresa May to “get a spine” and remove 35 “hard ideological Brexiteers” from the party.

So she wants 35 members of the party to be expelled because she disagrees with their views! The person who is not a conservative is surely Ms Soubry; indeed, she would appear to be not even a democrat.

Ms Soubry is in fact emblematic of precisely why the Conservative party has so completely lost its way. It no longer understands what it needs so urgently to conserve, and insofar as it does dimly grasp this most certainly lacks the spine to do so.

That’s precisely why, like Trump in the US, Rees-Mogg has risen so fast — as the champion of values so deeply cherished by millions but which, along with those millions themselves, the political and cultural establishment so deeply despise.