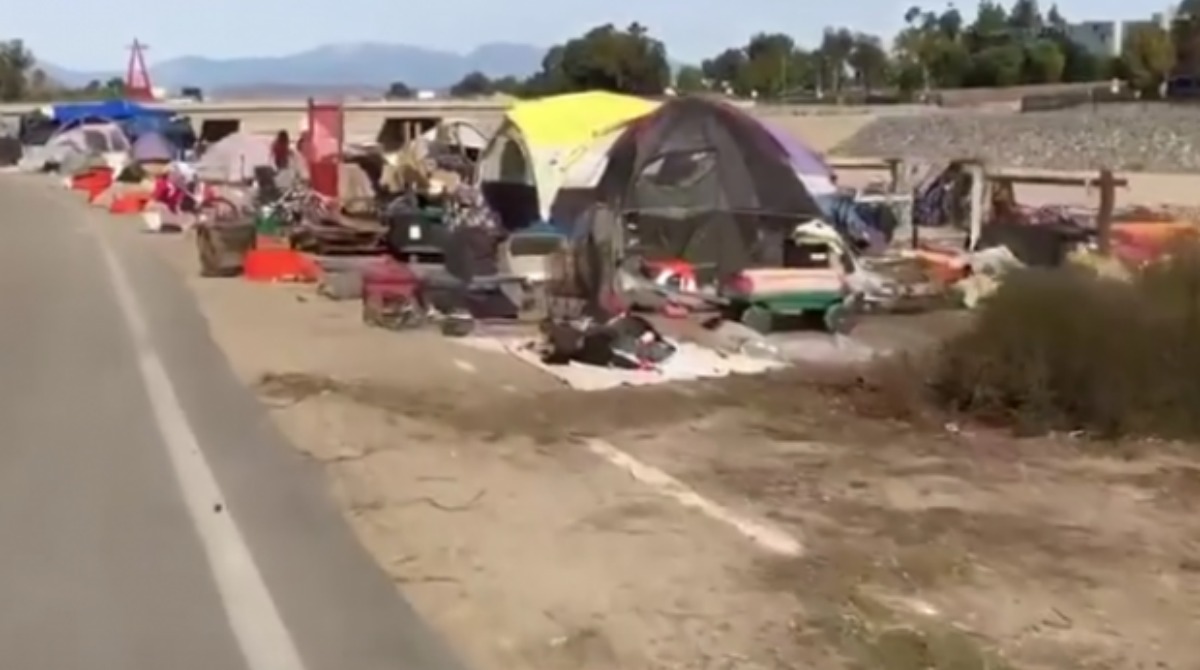 America goes to the polls tomorrow in the mid-term elections. This is what a Democratic party administration has done to Los Angeles:

The number of flea-born Typhus cases in Los Angeles has hit 107. So far this year 72 patients have been recorded by Los Angeles County Department of Public Health with a further 15 in Long Beach and 20 in Pasadena.

In the 2000s there were around 20 cases recorded per year and analysts are putting the dramatic rise down to a 47 per cent increase in homelessness since 2012.

One official in Long Beach told NBC News that almost half a million potential cases are ‘under investigation.’

Andy Bales, CEO of the Union Rescue Mission, which has nearly 1,400 beds for the displaced, said the city and county governments can only do so much to alleviate a homeless problem that has sparked outbreaks of Hepatitis A, typhus and gang violence over the skid row drug trade. He’s calling on the federal goverment and the U.S. Federal Emergency Management Agency (FEMA) to help.

“It’s a FEMA-like disaster and it needs to be treated as such,” he said.

Typhus can cause headaches, fevers, chills, and in more severe cases it can lead to meningitis and death. The current illness is known as “murine typhus,” as it is spread primarily through flea bites or droppings from infected rats and mice.

But surely the rest of Democratic California is a paradise? Er, not quite. As Business Insider has reported:

In San Francisco, people call the city’s telephone hotline about 65 times a day to report piles of human feces on streets and sidewalks… Now, city officials are ramping up their response to San Francisco’s poop problem.

Starting next month, a team of five employees from the Department of Public Works will take to the streets of San Francisco’s grittiest neighborhood, the Tenderloin, in a vehicle equipped with a steam cleaner. They will ride around the alleys to clean piles of poop before citizens have a chance to complain about them, the Chronicle reported.

Nor is that all. According to another Business Insider report:

The city’s chronically homeless denizens sleep outside the offices of Uber, Microsoft, Twitter, and Square. Almost half of the 7,500 homeless people in San Francisco live nearby.

In February, the NBC Bay Area Investigative Unit spent three days surveying 153 blocks of downtown San Francisco to see what they would find. Their search turned up drug needles, garbage, and feces in concentrations comparable to some of the world’s poorest slums.

The survey found trash littered across every block. Discarded needles were scattered across 41 blocks. A whopping 91 blocks were dirtied with feces. The investigation found over 300 piles.

In Los Angeles, an outbreak of hepatitis A has been linked to the city’s 50,000 homeless people, who sometime defecate in the streets and spread the disease between tent cities.

Isn’t it a relief that, in Trump’s America, at least California is displaying the moral superiority of the Democratic party’s civic values?

Update: And after I wrote the words above, what should I read here but Nancy Pelosi actually saying: “San Francisco values, that’s what we’re about”. Oh my word. You really couldn’t make these people up.