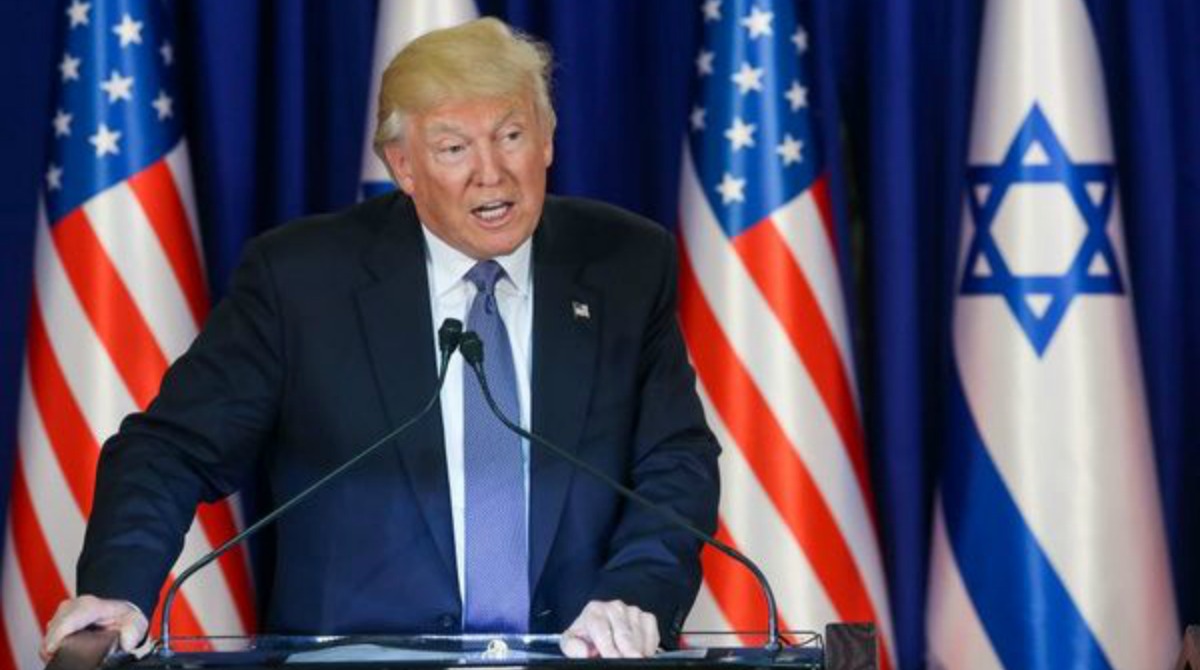 President Donald Trump’s Middle East trip was quite an achievement. He has surely alarmed America’s foes. In societies highly sensitive to signals and symbolism, the trip has left them in no doubt that the sordid chapter of America cozying up to its enemies while dumping on its allies is now over.

Trump has reframed the Middle East war zone. The enemy to be defeated is Iran, the captured hostage is Saudi Arabia, and the goal is to make the world safe from both Sunni and Shia Islamic terrorism. Palestinians, he has made clear, are now merely bit-players who cannot be allowed to get in the way of the new grand strategy.

His main achievement was to identify the principal conflicts in the world as being over religion – and more specifically, the clash between Islam and the rest.

In blunt and accurate language no other world leader would use, he called on the Saudis to confront “the crisis of Islamic extremism and the Islamists and Islamic terror of all kinds… And it means standing together against the murder of innocent Muslims, the oppression of women, the persecution of Jews, and the slaughter of Christians.”

Remarkably, he called out not only Iran’s Shia branch of Islam but also Saudi Arabia’s own Sunni variety as the fount of extremism and violence.

The Saudi king would have been made aware in advance that Trump would say this. Not only did the king take it on the chin, but he agreed to wage war against his own co-religionists in al-Qaida and ISIS.

No longer would the US allow the Islamic world to dictate American behavior on the world stage. Even though Trump’s wife, Melania, subsequently wore a veil to meet the pope, she and his daughter Ivanka wore no head covering in Saudi Arabia. Nevertheless, the king even shook Melania’s hand.

Saudi women, too, went bareheaded at official functions during the visit. And Trump made the first direct flight from Riyadh to Israel’s Ben-Gurion Airport.

People in the West may dismiss these as insignificant details. They are not. They are part of the quid pro quo for the enormous arms deal the US has now signed with Saudi Arabia.

That means the Saudi royal family has accepted that it must start, however slowly and inadequately, to make an accommodation with Western attitudes.

It also had to listen to a perhaps even more unpalatable message from President Trump: that the Jews alone are entitled to Jerusalem.

In his Riyadh speech, he noted that the two sites most holy to Islam were in Saudi Arabia. The pointed subtext was that Jerusalem is not among them.

“The ties of the Jewish people to this Holy Land are ancient and eternal. They date back thousands of years, including the reign of King David, whose star now flies proudly on Israel’s white and blue flag.”

With this speech, Trump destroyed the lie at the core of the century-old Arab attempt to destroy the Jewish homeland and write the Jews out of their own history: that the Muslims are the indigenous people of the land.

And the eye-watering arms deal means the Iranians, too, must now fear the game is up.

The Palestinians will also have got the message loud and clear. Trump called for a resolution of the Palestinian issue, not for a Palestinian state. Standing next to Abbas, Trump linked Palestinian behavior to the Islamic terrorist attack in Manchester this week.

“Peace can never take root,” he said, “in an environment where violence is tolerated, funded and even rewarded.”

In other words, while pointedly commending Abbas for working toward peace “in good faith,” Trump has now set him a bar so high – renouncing the war against Israel – that Abbas will never clear it.

Abbas understands Trump is taking the ground from beneath his feet. The conflict, he claimed, was not about religion but occupation. Put aside the fact that, for Abbas, the whole of Israel is “occupied” land. He knows that reframing the Palestinian issue as a religious war is deadly to that cause.

A few speeches, of course, don’t make a policy. How Trump now acts in the Middle East, and particularly toward Iran, remains to be seen. His presidency itself could crash and burn either from his temperamental flaws or the rolling coup being mounted against him in Washington. And his team contains individuals who are clearly not on the same foreign policy page.

Trump has stamped his authority abroad. Now he has to save his presidency at home and overcome his personal frailties to become the statesman of which his trip has given us the first real signs.