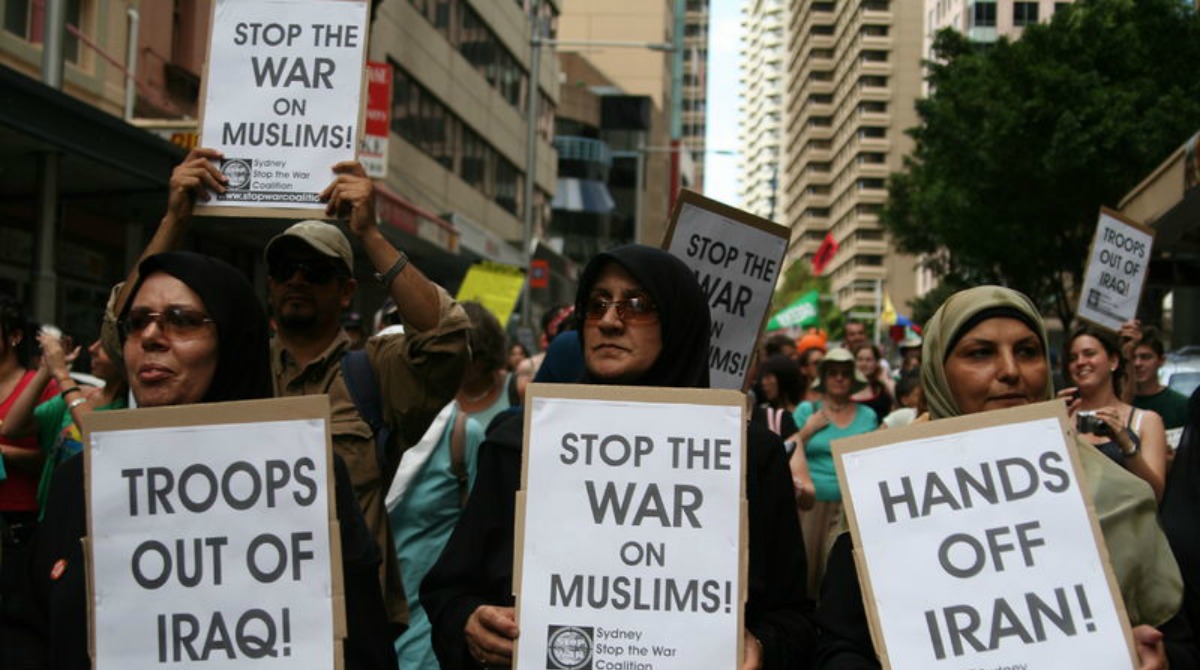 There is understandable anger and revulsion at Labour leader Jeremy Corbyn’s speech today drawing a link between the Manchester bombing atrocity and British foreign policy.

It is, of course, a frequent claim by Muslim terrorists that they are only killing western civilians because the west has killed civilians in the Islamic world. Indeed, they often specifically target for attack children and young people – as they did in Manchester and as they have often done in Israel – in revenge for what they claim to be the killing of their own children by the west.

It is therefore beyond nauseating for Corbyn to echo their attempts to shift the blame for their own heinous murder of innocents onto Britain or America. Which, despite his caveats, is what he did.

However, those who are rightly denouncing his remarks are themselves failing to acknowledge a crucial point. For Corbyn said this:

“… many experts, including professionals in our intelligence and security services, have pointed out the connections between wars that we have been involved in, or supported, or fought, in other countries and terrorism here at home”.

That, as far as it goes, is correct. Many of those now loudly denouncing Corbyn themselves just as viciously blamed Britain’s role in the Iraq war for radicalising British Muslims who murdered other British citizens. This was said over and over again, not just by the left but by conservative media and establishment figures who were virulently against Britain’s involvement in Iraq.

No less a figure than Eliza Manningham-Buller, who was head of MI5 when 52 people were murdered in the 2005 London Tube and bus bombings, said in 2010 that the invasion of Iraq had “radicalised, for want of a better word, a whole generation of young people – not a whole generation, a few among a generation – who saw our involvement in Iraq and Afghanistan as being an attack upon Islam.”

The crucial word here was “saw”. For the point people are missing is that many in the Muslim world view reality as if in a mirror. They get it precisely back to front.

This is how the thinking goes. Islam is deemed to be perfection. All beyond it is evil and must therefore be conquered and brought under Islamic rule. Because Islam is perfection, pious Muslims can never be guilty of evil deeds such as the murder of innocents or the waging of aggressive wars of conquest. All such acts are instead defensive measures to protect the Islamic world.

All Muslim acts of terror or wars are therefore never aggressive, only defensive; and all defensive measures taken by the west to protect itself against such an onslaught are deemed to be aggressive attacks on the Islamic world.

That is why so many never, ever take responsibility for the terrible things that are done in the name of Islam.

That is why all military action taken by the west in Afghanistan, Iraq, Syria and so on, or any similar action by Israel in Gaza – which, whatever your view of the wisdom or otherwise of such action, are mounted by the west or Israel solely to defend themselves against further attack from within the Muslim world – are viewed by Muslims as an aggressive war to kill them and destroy Islam.

That’s why the all-important distinction between, on the one hand, Islamists setting out to murder as many western or Israeli children as possible and, on the other, western or Israeli forces unfortunately killing Muslim children in a just and necessary war of self-defence in which every attempt is made to avoid civilian casualties, is simply not recognised or understood at all.

This inversion of reality therefore makes it simply impossible for the west to take the measures necessary to defend itself without its Muslim attackers crying foul. Those like Corbyn or all the others who blame Muslim radicalisation on the west’s involvement in Iraq or Syria are therefore parroting what is nothing other than a moral and intellectual derangement. And just like the Muslim world, they would thus make it impossible for the west ever to defend itself against Islamic attack by defeating and destroying the purveyors of Islamic terror.

Jeremy Corbyn is not just expressing a disgusting far-left viewpoint. He is also echoing a widespread and catastrophic western mis-reading of a prevalent Muslim mindset – a mis-reading which has helped paralyse western defences against Islamic supremacism and which unfortunately continues to this very day.