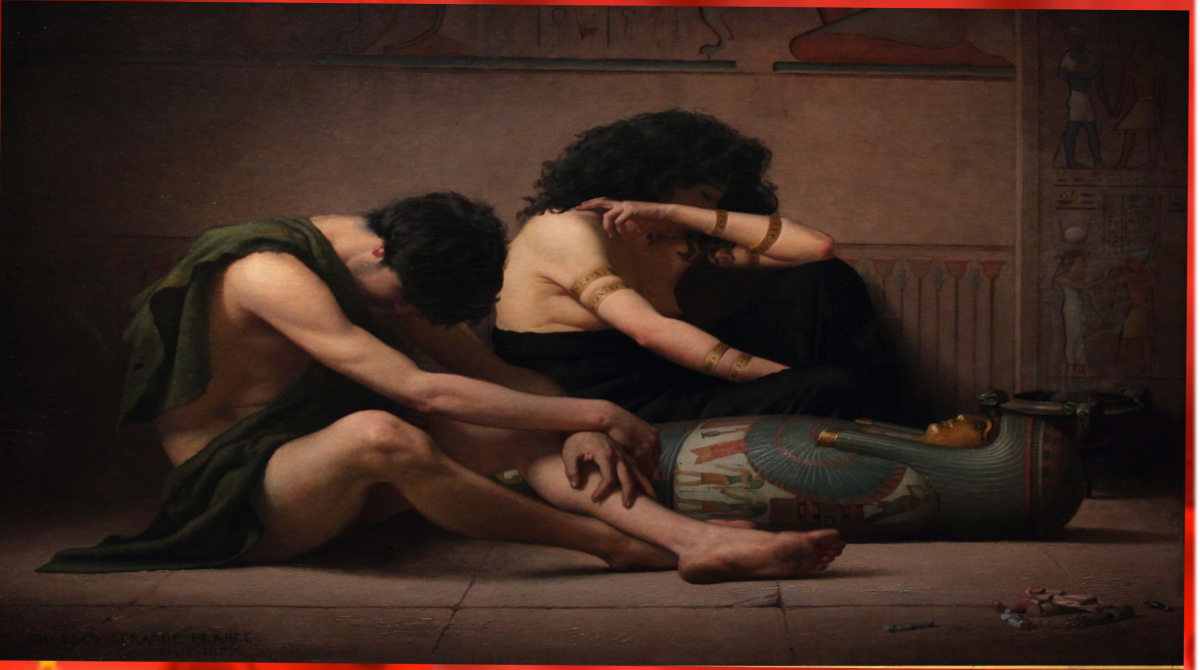 As Jews around the world celebrate the festival of Passover this week, the ironies are painful.

The festival celebrates the pivotal biblical event that followed Pharaoh’s refusal to free his Hebrew slaves. The last and most terrible of the 10 plagues inflicted as punishment upon the Egyptians, the death of the firstborn in every family, passed over the houses of the Hebrews who then left Egypt for freedom and their destiny as a Jewish nation.

Today, of course, the plague of the coronavirus has not passed over the Jewish people—a proportion of whom are suffering and tragically dying alongside others of all faiths and none.

Too many families, both Jews and non-Jews over this Passover and Easter, will be mourning those whose lives were ended by the virus before their time, or who will be in a state of deepest anxiety over relatives in intensive-care units fighting for their lives. And nobody, including the British prime minister, Boris Johnson, is exempt from the extreme danger of this contagion.

Passover is the festival of freedom celebrating the deliverance of the Jewish people from slavery. Yet this time, Jews alongside everyone else are in various stages of lockdown or house arrest.

This is particularly so in Israel, where the parks and beaches—normally crowded with Passover holiday-makers—have been closed for weeks; where the government ordered a seder-night curfew to prevent anyone other than those residing in the same household from celebrating the seder together; and where whole towns and cities are being quarantined for days on end with no travel allowed beyond them.

Many will be having virtual seders through Zoom or FaceTime. Others will be together only with their immediate family. Still others will be completely alone.

Such separation or isolation is especially painful during this particular festival. It’s not just that it’s the quintessential annual family get-together.

The point of Passover, and the seder in particular, is the obligation—so important that it is repeated in the Torah by Moses no fewer than three times—to teach children the story of the deliverance and thus pass it down through the generations.

Yet throughout history, there have always been times when Jews had to celebrate Passover alone and in unimaginably dire conditions. There are unbearably moving accounts of it being celebrated by the inmates of Nazi extermination camps during World War II. Some had matzah and other necessary items somehow smuggled in from outside. Most simply refused their starvation ration of bread for a week.

What was so astonishing was the iron determination of those Jewish inmates to celebrate the deliverance of the Jewish people from a terrible evil while themselves being subjected to another, even more terrible evil.

By observing Passover in whatever way they could, those inmates affirmed what the Nazis sought to eradicate—the indelible sense of their own identity as Jews and their utterly unbreakable connection to the Jewish people.

The strength of that connection has ensured the survival of the Jewish people despite their unique history of persecution and oppression, a never-ending onslaught that would have felled any other group.

In a moving video for Passover, the former British chief rabbi, Lord Sacks, asks how a group of runaway slaves could have turned into the most tenacious nation in history and retained its sense of itself despite losing its power, its land and its home in ancient Israel.

The answer, he says, is found in the Passover Haggadah, the story of how the Jews became a free nation, which they repeat to themselves year in, year out.

As Sacks has observed, the Jews don’t do history as much as memory. Jewish identity is based on collective memory; and that means it survives as the result of the story the people tell themselves about who they are, how they should live and their bond with those who came before them. If there is no such story to be told, a nation and its culture cannot survive.

Back in the 1980s and ’90s, I watched aghast as the British intelligentsia steadily and willfully dismantled the nation’s story and with it Britain’s understanding of its national identity.

Something similar happened in America, whose story of its historic beginnings and the noble values embodied by its founding fathers has been all but submerged by the ideological slander that America was born in racially prejudiced sin.

In destroying that process of transmission, such ideologues destroyed the very meaning of education; and by refusing to tell the nation the story of its own past, they tried to destroy its identity.

There’s now much discussion about what kind of society will emerge from the coronavirus crisis. Rabbi Sacks optimistically speculates that this trauma will bring about a return of the sense of community and national identity that has been so badly undermined by our hyper-individualistic culture. The shared experience of suffering, he says, brings people together.

Maybe so. But in secular, post-religious Britain, the values producing compassion and community spirit come from biblical sources that have been contemptuously and overwhelmingly junked.

And in America, the many who still adhere to those biblical values are locked in battle against ideologies that have substituted power for truth and which are winning that culture war.

Jews don’t need a crisis to tell them who or what they are. For Jews, the sense of who and what they are is what sustains them through such crises.

As a result, the Jewish people has continued to exist against all the odds. Despite suffering appalling losses, it has survived repeated pogroms, massacres and genocide; it has survived forced conversions at the point of a sword; it has survived the siren songs of assimilation.

And in embattled Israel, whose very existence—let alone its remarkable achievements—defies the very laws of nature, its people are forced to cross the Red Sea every single day.

What Judaism also provides is an ultimate freedom. For a strongly internalized and indelible sense of identity is the unbreachable defense against tyranny, slavery or imprisonment. It’s inside your head and your heart, and nothing and nobody can take that away from you.

This year, Passover will be different from all other years. It may not feel like a holiday. For some, it may be overshadowed by sadness. But this plague also will pass, and the world will eventually move from lockdown into freedom.

And meanwhile, the Jewish people will keep faith with their story and will remember who they are. The virus may bring too many down; it may put a dampener on the holiday spirit; but it cannot destroy the story of the eternal people.