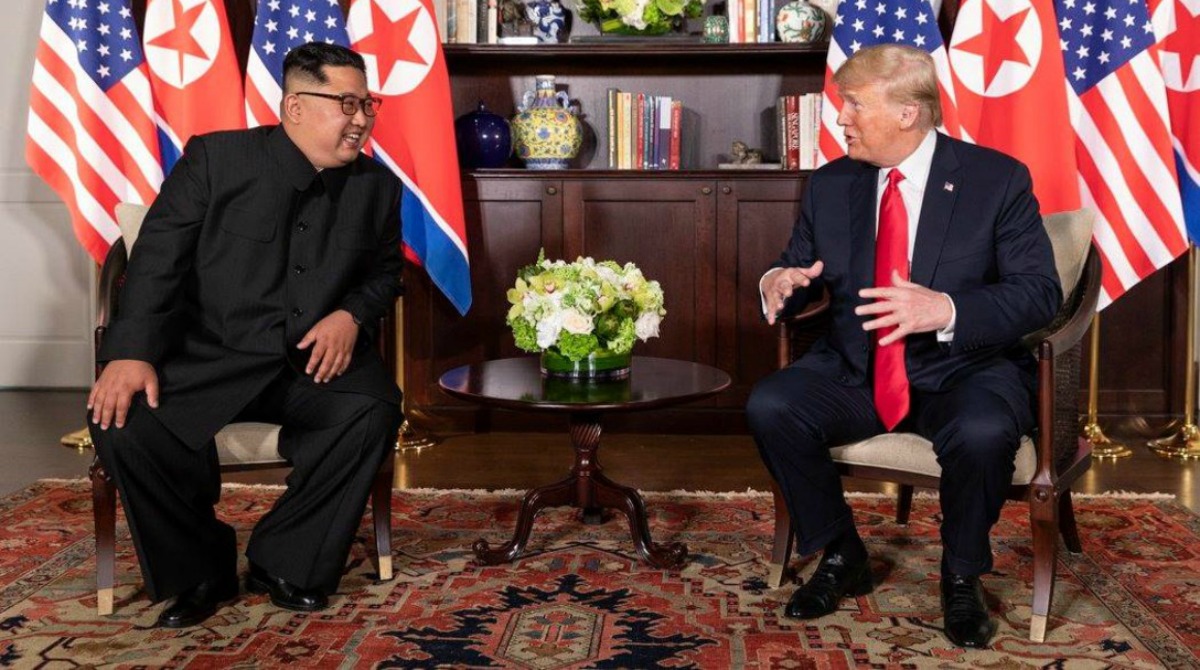 Well, as Zhou Enlai reputedly observed when asked about the impact of the French Revolution on western civilisation, it’s simply too early to say.

The terms of the declaration signed by Trump and Kim are studiedly vague. The North Korean regime has previously made promises about de-nuclearisation which it promptly tore up.

As Trump himself has said, however, this is merely the start of a process. It has been suggested that his strategy is to reel Kim in over time like a big fish on a line, with every step towards denuclearisation being rewarded by another step in relieving sanctions. And that may be so.

Certainly, Trump’s over-the-top gushing over Kim should not be taken at face value. This was just part of the choreography for his grand theatre of negotiation. Nor do I think it credible that either he or his hawkish Secretary of State Mike Pompeo or even more hawkish National Security Adviser John Bolton could have failed to factor in the need for robust verification of the de-nuclearisation process and the difficulties in achieving that.

I was most interested by the body language between the two men, and also by something Kim said. Trump’s bombastic bonhomie seemed to me to signify the biggest beast in the jungle beating his chest to demonstrate his dominance; the more effusive the compliments, the louder the message that Trump could afford to be generous because the other guy had lost. It was not designed to make Kim look his equal. It was designed to humiliate.

For his part, Kim said that many of those watching would think it was a scene from a “science fiction movie” and that the two of them had “decided to leave the past behind.” Now of course, that could be the same old same old reflexive mendacity that we expect from the Kim regime. But it looked to me like a tacit admission that the world has changed; after all, the past that Trump is leaving behind is the US policy of appeasing evil. So it might just mean Kim realises that, for the first time, the regime has met its match.

And the Iranian regime, such a close and crucial partner in evil to the psychotic Pyongyang gang, certainly knows it is up against a US president who has already torn up the old western order that Tehran played so successfully for so long. There are reports that, as a result of the US abrogating the Iran nuclear deal, the return of sanctions has had an even greater immediate impact on the Iranian economy than the US had dared hope for.

It was the first shipbuilding order from Iran since sanctions were lifted in January 2016. Now a company official says: “Not a single ship has been delivered to IRISL. It is impossible for us to deliver the ships with U.S. sanctions back in position.”

Similarly, Korean contractor Daelim has cancelled a $2bn contract to modernise a refinery in the Iranian city of Esfahan, and a similar fate may befall a $3.6bn deal with Hyundai. Sanctions are also expected to hit a $3.6bn deal between Iran, Hyundai and Japan’s Chiyoda Corporation to construct the Siraf Refining Park in the southeastern coastal province of Bushehr.

The American strategy towards North Korea cannot be viewed in isolation from its strategy of isolating, weakening and ultimately destroying the Iranian regime. Tehran will be sweating that the outsourcing to Pyongyang of its nuclear weapons programme is not disrupted by the Trump/Kim negotiating process.

It cannot be sure. Trump’s policy of isolating Iran is already working. From being the unrivalled grandmasters of geopolitical chess, the Iranian regime now finds that the board and its pieces have been thrown up into the air by a vandal against the international order whose behaviour it cannot predict. And both China and Russia have already moved as a result to accommodate him.

Who knows where this will end? We cannot at present tell whether Trump will succeed or fail. But one thing seems indisputable: the assistance previously given by the US to the forces of utmost evil in the world has been stopped in its tracks. And only the most unhinged haters of this most extraordinary US President can deny that achievement.