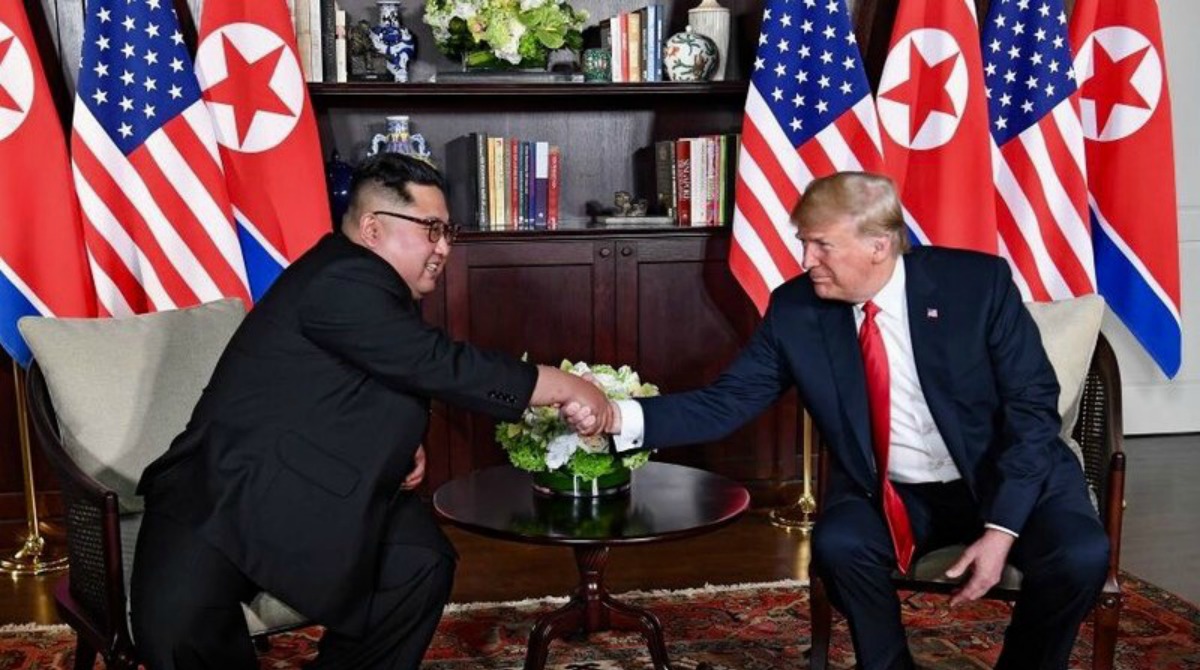 Determined, of course, to present US President Trump as a mortal danger to humanity for meeting and signing an agreement with North Korea’s Chairman Kim Jong-un, the Trumpohobes have been in full cry this morning claiming that the President suddenly announced a suspension of joint military exercises with South Korea, something that wasn’t in the signed agreement.

This, we are told, is stunning evidence – proof positive! – that at a stroke Trump has imperilled the free world in return for nothing from Kim (thus echoing North Korea’s own propaganda).

In fairness, Japan and South Korea have also expressed concern – although South Korea added: “At this moment, the meaning and intention of President Trump’s remarks requires more clear understanding.”

Wise words. Because as US General Jack Keen told a spluttering interviewer on BBC Radio’s Today programme (1 hr.39 mins in), who had just said that Trump announced this suspension before knowing whether Kim would keep his side of the bargain: “Come on, did you listen to what the President said? He made the suspension of the war game conditional…”

Indeed. Trump declared his wish to end joint military exercises and bring US soldiers home from South Korea provided Kim keeps his side of the agreement and actually shows he is de-nuclearising. This is what Trump actually said in this excerpt from the transcript of his press conference in Singapore:

Q: “Can you be specific of the assurances you are willing to give to Kim Jong Un? Does that include reducing military operations?”

A: “At some point I have to be honest. I used to say this during my campaign as you know better than most. I want to get our soldiers out. I want to bring our soldiers back home. We have 32,000 soldiers in South Korea. I would like to be able to bring them back home. That’s not part of the equation. At some point, I hope it would be. We will stop the war games which will save us a tremendous amount of money. Unless and until we see the future negotiations is not going along like it should. We will be saving a tremendous amount of money. Plus. It is very provocative.”

Trump’s word “provocative”, as General Keen also observed, was misjudged. The joint exercises are not a provocation but part of the strategy to defend regional security. Nevertheless, the way Trump’s words have been wrenched out of context here is pretty startling (if only too common).

Isn’t it reassuring to know that the media’s finest are protecting us from the terrifying threat to truth and humanity posed by President Donald J Trump?