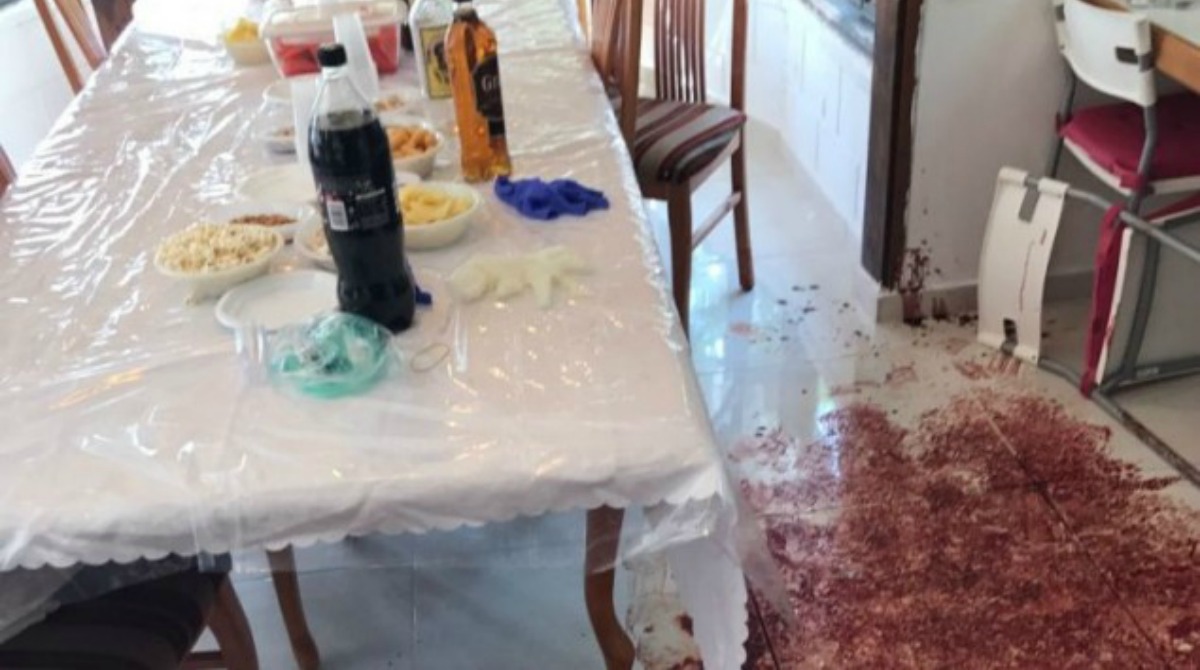 So now the non-stop Palestinian Arab incitement against Israel has resulted in yet more Palestinian barbarism.

The Salomon family had gathered for a Friday night Shabbat dinner, celebrating the birth of a grandchild, in their home in the Israeli settlement of Halamish. A 19 year-old Palestinian burst in armed with a large knife and began stabbing members of the family.

The Times of Israel reports:
“In initial questioning, Abed said he bought the knife two days ago, wanting to commit a terror attack because of events surrounding the Temple Mount in Jerusalem.”

This murderous attack is the direct result of the incitement by Mahmoud Abbas and other Palestinian leaders. They are promoting this on the deranged pretext that Israel is somehow attacking Muslims at Temple Mount – all because Israel erected security barriers on the compound after one week ago Palestinians burst from al Aqsa mosque fully armed and murdered two Israeli Druze police officers stationed just outside.

The Palestinians are supported in their war of extermination against Israel by Europeans who are funding this incitement, having bought into this sick narrative of lies. Yet another Israeli family is destroyed by this madness. Let’s see how this latest savagery is reported by the western media, whose own hands in this spiral of Palestinian hysteria and murder are far from clean.