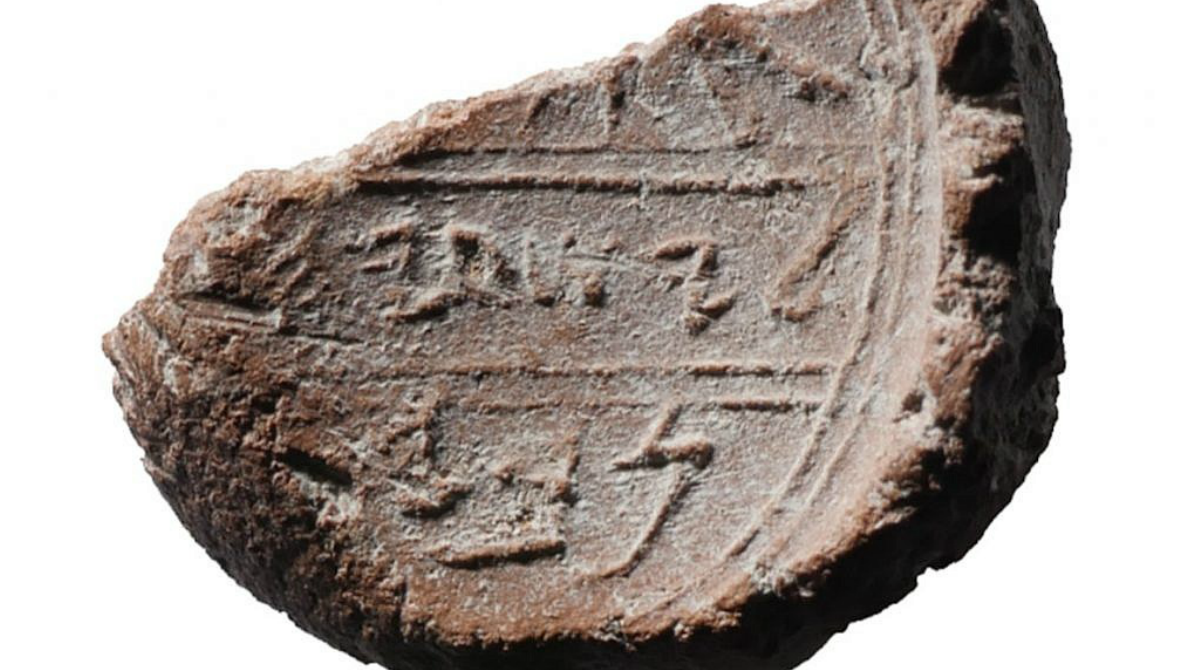 The Hebrew University archeologist Dr Eilat Mazar has made what may be one of the most extraordinary finds ever made. In her excavations of the remains from the first Temple period in Jerusalem, she has uncovered a bulla, or seal impression, which may have belonged to the prophet Isaiah.

Her team discovered the bulla during renewed excavations at the Ophel, located at the foot of the southern wall of Temple Mount. In an article published last week in Biblical Archaeology Review, entitled “Is This the Prophet Isaiah’s Signature?”, she describes the impression as inscribed with letters and what appears to be a grazing doe, “a motif of blessing and protection found in Judah, particularly in Jerusalem”.

The legible letters in first Temple Hebrew spell out “Yesha’yah” and, on the line below, the partial word “nvy’. Yesha’yah(u) is Hebrew for Isaiah; with an additional letter aleph, “nvy” would correspond to the Hebrew word for prophet.

In the absence of other letters, however, the question is whether the seal belonged to the prophet Isaiah or a different Isaiah altogether. Fascinating details of the relevant factors for consideration are laid out in this article in The Trumpet, the news magazine of the Philadelphia Church of God whose Herbert W Armstrong college in Oklahoma sends volunteers to help with the Ophel excavations, the area between the City of David and Temple Mount.

Mazar says: “Without an aleph at the end, the word nvy is most likely just a personal name. Although it does not appear in the Bible, it does appear on seals and a seal impression on a jar handle, all from unprovenanced, private collections. The name of Isaiah, however, is clear.”

The bulla was found only 10 feet away from where in 2009 Mazar’s team unearthed 34 bullae one of which, they discovered in 2015, bore the inscription “Belonging to Hezekiah, [son of] Ahaz, King of Judah.” Mazar, who has also uncovered King David’s palace, Solomon’s royal complex, Nehemiah’s wall and a golden medallion featuring a menorah from the seventh century CE, has described the Hezekiah bulla as the most important individual discovery of her career. From references in the Bible, it seems the prophet Isaiah was a close spiritual adviser to King Hezekiah.

Some other scholars have questioned whether the Isaiah named on the bulla was the Isaiah.

Dr Mazar herself is being scrupulously cautious, merely presenting the evidence and her own opinion of what it is most likely to signify. She asks, however, how likely it is that this bulla could belong to an Isaiah other than the Isaiah.  The “chances of it belonging to any other but the known Prophet Isaiah”, Mazar told The Trumpet, “are extremely slim”.

The editor of the Biblical Archaeology Review, Dr. Robert Cargill, has praised Mazar for being cautious about the identity of the Isaiah whose name is on the bulla. “But if you’re asking me, I think she’s got it. You’re looking at the first archaeological reference of the prophet Isaiah outside of the Bible. It’s amazing.”