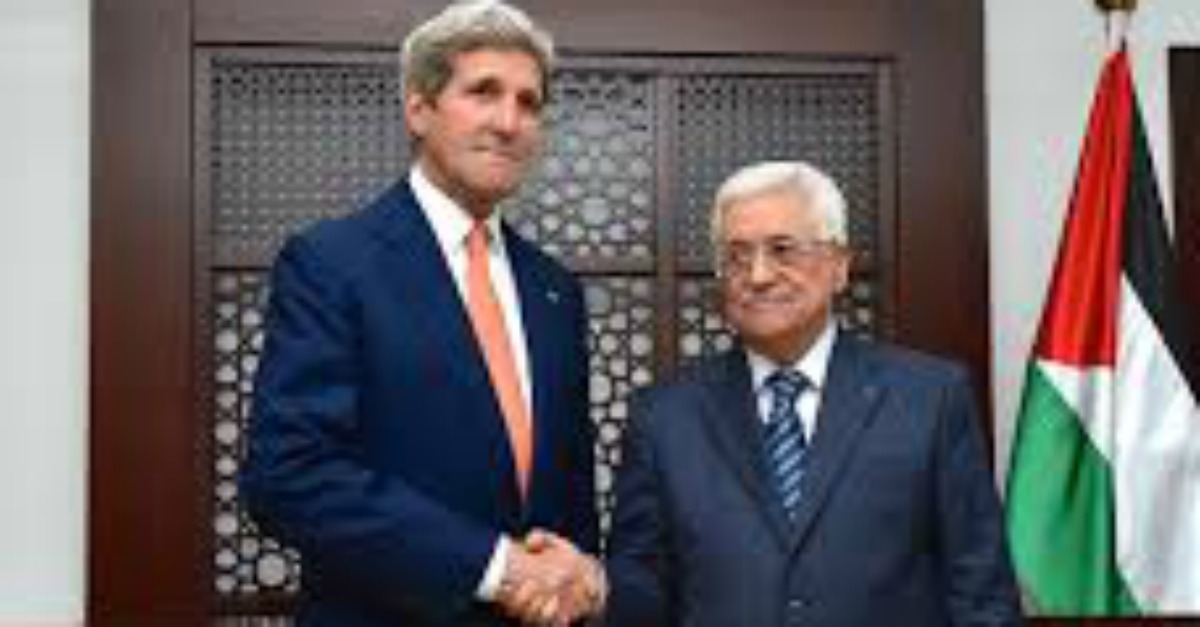 You can virtually see the skid marks.

The British Prime Minister, Theresa May, has issued what’s been called an unprecedented rebuke to the Obama administration over the Israel-bashing speech by US Secretary of State John Kerry on Thursday.

The Prime Minister’s spokesman criticised him for not only attacking the composition of Israel’s government but disproportionately focusing on the issue of Israeli settlements “when clearly the conflict between the Israelis and the Palestinians is so deeply complex.”

The US State Department said it was surprised since Kerry’s remarks “were in line with the UK’s own long-standing policy and its vote at the United Nations last week.”

It amazement was understandable. For reports suggest that Britain not only voted for the UNSC resolution 2334 but was instrumental in its drafting and in persuading New Zealand to propose it.

As I wrote here and here, resolution 2334 demanded an end to all Israeli settlement construction, cemented permanent Palestinian aggression and rejectionism towards Israel and worse still dictated that Judaism’s most holy places in Jerusalem, the ancient capital city of the Jewish people and the focus of its deepest religious yearnings, constituted “occupied Palestinian territory”.

Yet Mrs May’s spokesman further condemned Kerry’s speech by saying: “The Government believes that negotiations will only succeed when they are conducted between the two parties, supported by the international community.”

But resolution 2334 sought to dictate Israel’s borders and the geographical area of a Palestine state, the very thing that was supposed to be negotiated between Israel and the Palestinians.

So why the screeching U-turn? Almost certainly it was because of the ferocious pushback from both Israel and US President-elect DonaldTrump which presumably made Mrs May realise she had created a diplomatic crisis between the UK and its two ostensible allies.

Nevertheless, her spokesman doubled down on the UK government’s belief that the settlements were illegal. In the Jewish Chronicle, an unnamed government source was reported as saying that Mrs May believes the settlements are the main obstacle to peace in the Middle East.

Anyone with any knowledge of Middle East history will know that this is ludicrous. The main obstacle to a settlement of the Arab -Israeli impasse is that the Palestinians’ goal continues to be the extermination of Israel, and that Britain, the EU and America have excused, funded and incentivised that infernal aim.

Now the Palestinians believe UNSC resolution 2334 has given them the green light for deeper intransigence and more terrorist attacks on Jews.

Mrs May can hardly be blamed for having the deluded belief that the settlements are the main problem when so many British Jews agree with this.

Such people in Britain’s Jewish community, with their naive and blinkered tendency to scapegoat the settlers along with Israel’s Prime Minister Benjamin Netanyahu, have been unwittingly reinforcing Whitehall’s deep prejudice against Israel for years.

Mrs May may have been startled by the strength of some of the pushback from the normally meek British Jews. Among these protesters, however, even those who are themselves hostile to the settlers have been dismayed beyond measure by the way resolution 2334 went far beyond this issue to strike at the very heart of Jewish religion and history. What they fail to see is that hostility to the settlers is inescapably connected to hostility towards the Jews.

In America, even Democrats have expressed dismay that the Obama administration failed to veto resolution 2334.

If reports are to be believed, however, this vicious resolution was Obama’s own personal creation, facilitated by an eager British government keen to assist in weaponising its obsession with settlements – an issue which serves as such a convenient distraction from Britain’s century-old betrayal of the Jewish people in its own homeland, which continues to this day.

In both Britain and America, this is now crunch time for these diaspora Jews.