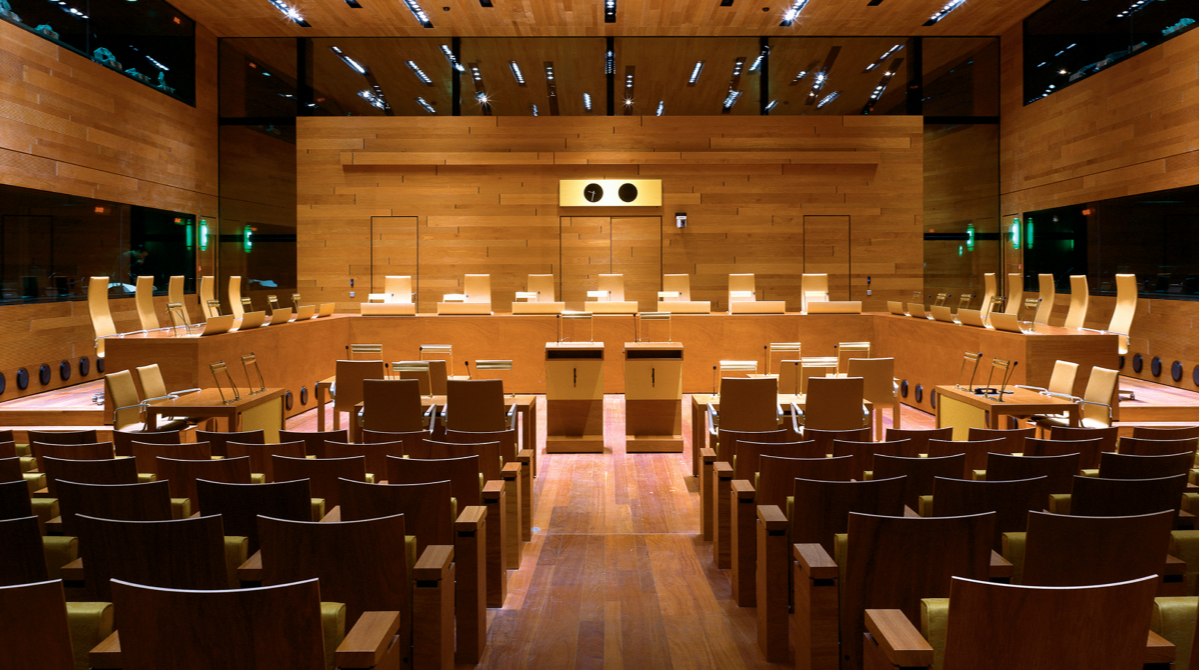 As Israel came under attack this week with hundreds of rockets raining down from Gaza, and as it steeled itself for even worse, the Israel-bashers were up to their old tricks.

On Tuesday, the European Court of Justice issued its ruling in the Psagot winery case.

It said that the origin of any foodstuffs, such as Psagot wine, made in an Israeli settlement in the “occupied territories” must be described as such. This was to enable consumers to make “ethical considerations and considerations relating to the observance of international law,” which could “influence consumers’ purchasing decisions.”

What’s unethical here is not the behavior of Israel but the ECJ. Singling out Israel like this creates a discriminatory double standard. No other country with a territorial dispute or whose behavior is subject to criticism has its products labeled in this way.

As Eugene Kontorovich, a scholar of international law, tweeted: “Products around the world are made in many situations that raise ‘ethical’ and legal questions, from Chinese prison labor factories to Moroccan drilling Sahrawi oil. Only such concern that requires labeling in E.U. is Jews living in neighborhoods where they are not ‘supposed’ to be.”

Moreover, the court has discriminated against Jews by singling out Israeli businesses from Arab ones. Its ruling is deeply politicized and disreputable, owing everything to boilerplate European prejudice against Israel, and nothing to law and justice.

Indeed, it repeatedly got the law wrong. For example, it stated that “the West Bank is a territory whose people, namely the Palestinian people, enjoy the right to self-determination.”

No such right has ever been granted in law. As The Hague Initiative for International Co-operation has written: “On the contrary, international law requires that the right to self-determination cannot infringe the territorial integrity or security of neighboring states”. Which is precisely what the Palestinians’ demand entails.

In fact, the only legal right to any of what is now Israel, the “West Bank” and Gaza was given by the international community in the 1920s to the Jews alone, in recognition of their unique historical claim to the land as the only people for whom it had ever been their national kingdom.

The ruling states that the settlements give “concrete expression to a policy of population transfer conducted by [Israel] outside its territory, in violation of the rules of general international humanitarian law.”

This is the standard misreading of the Geneva Convention, which is also regularly trotted out by the British foreign office and others to claim that the settlements are illegal. But it is false. The Israeli residents of these disputed territories weren’t transferred there by the state. They moved there voluntarily.

Meanwhile, as half of Israel was shut down and its citizens took to the bomb shelters, it didn’t take long for Amnesty International to slander Israel yet again for defending itself against attack.

It accused Israel of bombing the Palestinian Independent Commission for Human Rights building in Gaza. “Strikes targeting civilian buildings is a violation of international law,” it (ungrammatically) declared.

This was untrue. The building was actually hit by a misfired Islamic Jihad rocket, as testified by a Fox News foreign correspondent in Gaza, Trey Yingst, who said he witnessed this from across the street.

Confronted by the truth, Amnesty merely tweeted a disingenuous statement that “conflicting information” was circulating about what exactly hit the building, and called for an “impartial investigation” into this and other incidents.

The only impartial investigation should be into the moral bankruptcy of Amnesty International.

Its initial falsehood was accompanied by another tweet that “Israel has a history of carrying out serious violations of international humanitarian law in Gaza, including war crimes, with impunity and displaying a shocking disregard for Palestinian lives.”

This is a lie. Israel goes to lengths unequalled by any other nation’s armed forces in trying to minimize civilian casualties, with a ratio of civilians to terrorists killed that is three to four times better than any Western nation has achieved.

It is those firing the rockets from Gaza who are in violation of international and human-rights law by committing the double war crime of deliberately targeting Israeli civilians and using their own people as human shields.

Amnesty has a long record of anti-Israel behavior. As the watchdog NGO Monitor says, Amnesty “disproportionately singles out Israel for condemnation, focusing solely on the conflict with the Palestinians, misrepresenting the complexity of the conflict, and ignoring more severe human rights violations in the region.”

Both the ECJ ruling and Amnesty’s behavior are but the latest examples of the way in which international law and human-rights doctrine have been used—or abused—to weaponize malevolence against Israel.

As detailed in James Loeffler’s book, Rooted Cosmopolitans: Jews and Human Rights in the Twentieth Century, this is a tragic history. Reacting to the anti-Jewish pogroms in Eastern Europe around the turn of the last century, Jewish lawyers, jurists and other activists sought to fashion international law into a defense mechanism to protect powerless minorities through asserting the human rights of every individual.

The Lithuanian-born lawyer, Jacob Robinson, fruitlessly warned that for the Jewish people, this was a trap. He understood that, by superseding national sovereignty, universal human-rights doctrine was innately hostile to Jewish particularism as expressed through the Zionist dream of recovering the Jewish national homeland.

He was correct. Human-rights doctrine and law itself have been turned into weapons against Israel.

Amnesty has played a special role in this travesty. As Loeffler has said, its Jewish founder, Peter Benenson, developed from a Socialist Zionist into a Catholic humanitarian.

“In the process, he set his organization—and by extension, the larger human-rights movement—on a course to view Jewish nationalism as an affront to the universalist sensibilities of the liberal, Christian West.

“The human-rights community, in other words, came to define itself as a universal Church of humanity through renouncing its Jewish origins. The State of Israel became an irresistible target, worthy of extra scrutiny and moral critique by virtue of its ties to Judaism and the Holocaust.

“This was not anti-Semitism in the classical sense. But it was an ideological obsession with Zionism, and it saw Israel as cartoonish rogue state and icon of clannish tribalism. Thus, what we might call the ‘deep culture’ of the human-rights movement grew out of an almost missionary-like, Christian-inflected worldview, in which Israel became a symbol of the redemptive promise of human-rights universalism and the failure of Jewish nationhood.”

To its credit, the U.S. government has responded furiously to the ECJ ruling. According to the Washington Free Beacon, the Trump administration is gearing up to take action to fight the European Union labeling decision as a “top priority.”

Good for them. That is the only morally principled response for a government to make.

And for everyone else, the best response is to make a point of buying Psagot’s excellent wine.