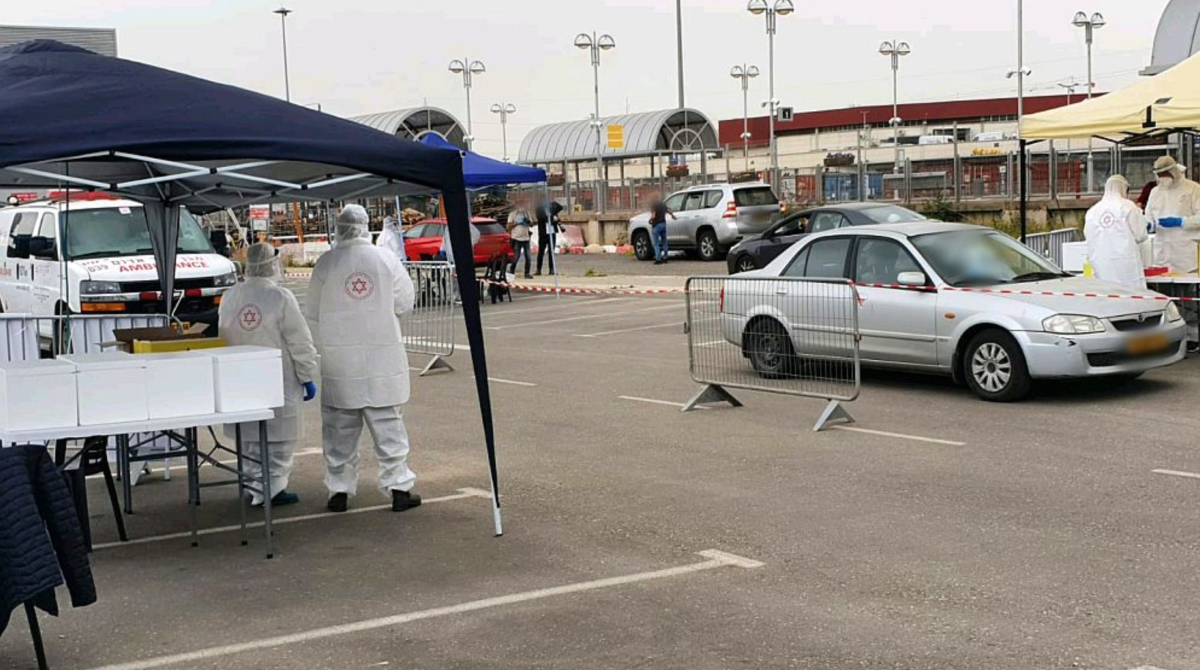 Among the world’s populous democracies fighting the coronavirus, Israel has so far been by far the most successful.

With a population of about 8.6 million, it had recorded at time of writing 33 deaths from COVID-19. The Deep Knowledge Group, a consortium of technology and analytics organizations, has ranked it in the fight against the virus as the safest country in the world.

While Israel’s death toll is continuing to edge up, the country has contained the epidemic better than Britain, America or the stricken nations of Western Europe.

British Jews are being particularly badly hit, with a death rate estimated at between six and 10 times their proportion in the population — almost certainly through their very close family and community bonds.

Stubborn synagogue and yeshivah attendance, along with overcrowded housing, further help account for the dense virus clusters among ultra-Orthodox Jews in New York (as in Israel).

Of course, these patterns may change. Both early indifference and subsequent lockdowns produce time lags before known cases or deaths either spike or plateau. Israel, though, has been ahead of the curve from the start.

On Jan. 30, it stopped all flights from China. On Feb. 27, it started turning away people flying in from Italy, closely followed by restrictions on flights from other virus hotspots.

On March 9, it introduced mandatory 14-day self-quarantine for all flight arrivals and has since progressively increased social isolation rules.

This turned into an ongoing fiasco since many of these tests were duds. Federal institutions such as the Food and Drug Administration, and Centers for Disease Control and Prevention, have shown themselves hopelessly inadequate for the task at hand. The result has been a terrifying upsurge in infection and deaths.

After a succession of typically bizarre Trumpian pronouncements appearing to minimize the virus threat, the president finally pulled all the emergency levers with a support package that gained rare bipartisan approval.

But with New York in particular all but overwhelmed by the outbreak, and with other cities only belatedly taking lockdown measures, officials say that America will be lucky if the eventual toll is no more than a horrific 250,000 deaths.

The behavior of the British government has been even more lamentable. On Feb. 21, as cases in Italy began their fateful surge, ministers and experts decided that the risk posed by the virus to Britain was only “moderate.”

In mid-March, however, when Prime Minister Boris Johnson finally realized from the Italian death toll that Britain was heading for a similar catastrophe, he abruptly changed course and started to impose social-isolation rules. Yet even now, Britain hasn’t restricted flights from China, Italy or other hot spots.

Israel took a different approach from the start because it’s a very different kind of society. Unlike the pampered West, Israel permanently lives in a state of potential emergency and existential threat.

From its experience of decades fending off attacks from physical enemies, Israel is geared to be proactive against threats to national security. Despite its famously dysfunctional politics, it doesn’t flinch from taking desperately difficult decisions in order to save lives — like shutting down much of its economy.

More deeply still, Israel views every unnecessary death as a national tragedy. It would be unthinkable for Israel to do what Britain did at the start — flirt with the idea that it could sit out the threatened epidemic, until enough people had been infected to provide “herd immunity” protection, because those most likely to die in this process were “only” the old.

In stark contrast, because the duty to protect the whole population is built into Israel’s DNA, the same military and security forces that fight a physical enemy have been deployed to battle COVID-19.

So the fabled Israeli spying agency, the Mossad, was instructed to scour the world, including countries with which Israel does not enjoy diplomatic relations, to obtain virus testing kits and other essential medical equipment.

Accordingly, the Mossad has reportedly brought in from undisclosed locations some 500,000 testing kits, which are essential to offer a safe route out of lockdown by starting to get people back to work. Other such Mossad shipments over the past few weeks have included thousands of respiratory and surgical masks, protective overalls and, most important of all, dozens of ventilators.

Senior officials told the Israeli TV show “Uvda” that, by this weekend, the operation would bring to Israel another 2 million masks for medical staff, 2 million protective overalls and visors, and a further 180 ventilators. One Mossad officer described this as the most complex operation he had ever dealt with.

In Britain, by contrast, serial dithering, chaos and confusion have resulted in a disastrous absence of testing facilities and equipment. In addition, there’s significant pushback against what needs to be done to ensure people properly observe social isolation.

In Israel, the public understand from bitter and tragic experience that restrictions on everyday freedoms are sometimes unavoidable to save lives (although next week’s Passover seder risks putting into reverse the country’s gains against the virus if families ignore government instructions to celebrate it only with permanent household residents).

So the police, backed up by army units, have been out enforcing social-isolation rules. Crowds have been dispersed from beaches and parks; wedding parties have been broken up with the hosts even being arrested.

Ultra-Orthodox men have been dragged away from prayer or study gatherings. This week Bnei Brak, the ultra-Orthodox Tel Aviv suburb that has the second most confirmed cases of any Israeli town, although it is the ninth-largest in population, was itself subjected to travel restrictions.

In the United States, police broke up a bat mitzvah in Lakewood, N.J., and arrested a Florida pastor who refused to close his church.

On Israeli streets, police officers are stopping drivers and asking them where they are going. Hundreds of people have been fined for breaking their quarantine. Using intelligence collected from mobile phone data, health-ministry officials text people if they have been in the vicinity of a virus carrier and tell them to self-isolate immediately.

In Britain, however, police enforcement of social distancing has provoked an outcry that British liberties are being destroyed, and the first step has been taken towards a dictatorship. The former U.K. Supreme Court judge, Jonathan Sumption said: “This is what a police state is like,” and that reaction to the virus displayed “the classic symptoms of collective hysteria.”

While some police measures have seemed over the top, such as reprimanding people for going out to buy Easter eggs (not “essential” items), such fury seems perverse. Most of the British public, however, are solidly behind enforcing the rules because they understand that these are temporary measures and introduced only to save lives.

With Israel showing what can be achieved when a country places the saving of human life above all other considerations, it’s those who place a higher priority instead on the freedom to imperil others who surely display not just hysteria, but something rather worse.