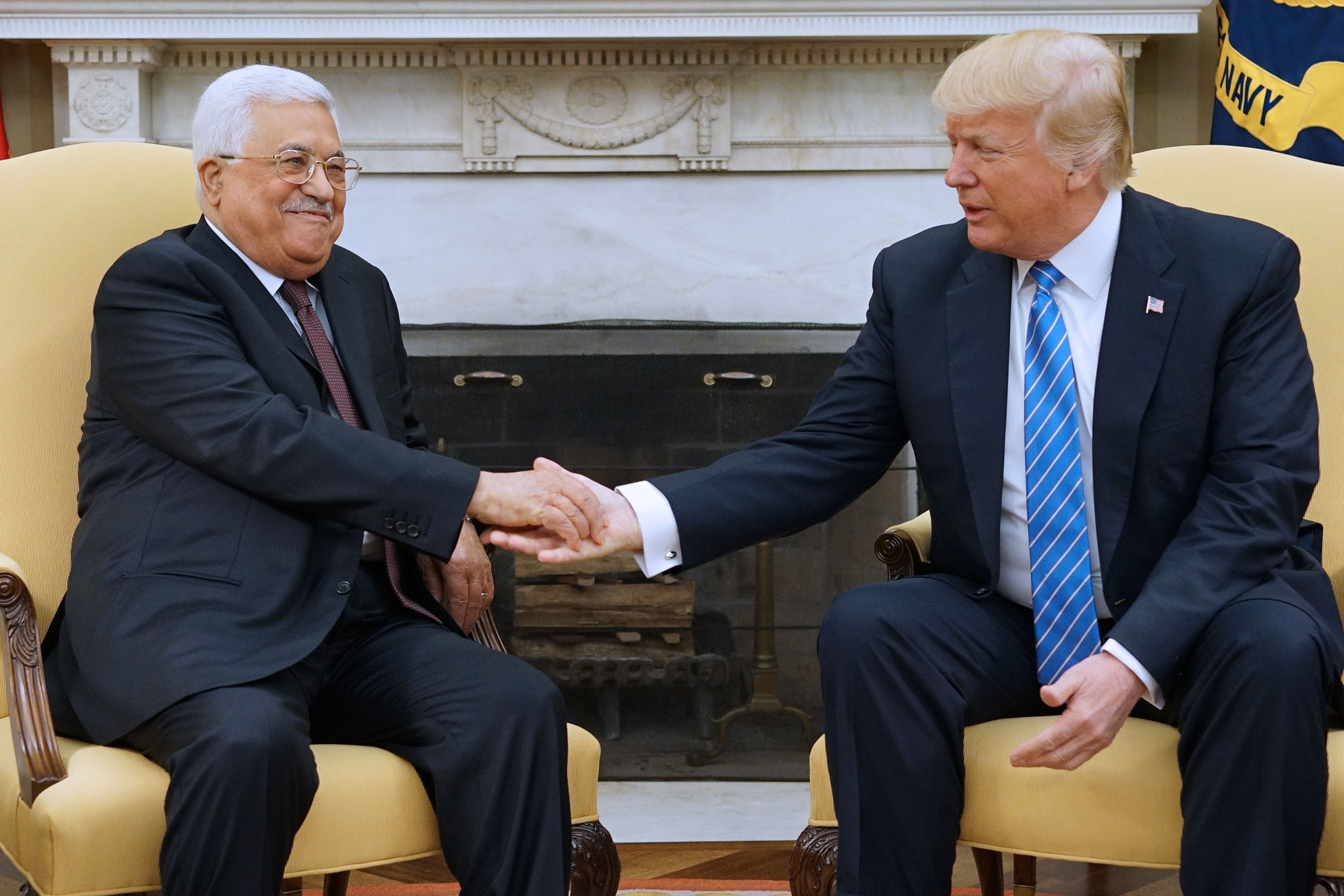 Recent stories about President Trump’s initiatives in the Middle East have been causing consternation among Israel supporters.

First the World Jewish Congress president, Ron Lauder, reportedly told a group of Israeli politicians that the president was confident he could persuade the Palestinian Authority chairman Mahmoud Abbas to make concessions that would renew the peace process.

The only concession that matters, though, is to abandon the Palestinian goal of destroying Israel. That one wouldn’t currently seem to be on the cards.

The next day, Prime Minister Netanyahu was reported to be furious with Lauder for having briefed Abbas before he met President Trump.

Then came a report that the White House had told Netanyahu that Trump had decided not to move the US Embassy to Jerusalem after all. Israel promptly denied this report, saying no such communication from the Trump administration about the embassy move had been received.

These reports may all be fake news. They have deepened nevertheless the mood of nervousness and even despair among Israel supporters after Trump invited Abbas to the White House for what seemed to be a warm and encouraging meeting.

The Palestinians say they were pleasantly surprised. The London-based Arab newspaper Al-Hayat reported senior Palestinian officials saying Trump might use his upcoming visit to Israel to announce the resumption of the Israeli-Palestinian peace process.

Israel supporters fear all this suggests Trump is going down the same peace-process rabbit hole as previous administrations.

What we do know is this. Trump wants to broker a deal between Israel and the Palestinians, acting as a “mediator, an arbitrator or a facilitator.” He has said so repeatedly.

Ahead of his visit to Israel and the Palestinian Authority later this month, Trump will stop in Saudi Arabia. He wants to show that he respects the Muslim world in order to seek Saudi help in promoting a regional approach to solving the Israeli-Palestinian conflict, and he wants Arab leaders to help pressure Abbas to make concessions.

Well, over the years Palestinian “concessions” have all popped like soap bubbles as soon as they are floated. I am told, however, by those who know the president that he will never, ever betray Israel.

And the fact is that he has set the Palestinians a high bar to jump. They must stop paying terrorists’ families; they must stop teaching their children to hate Jews. And there may be other requirements he will make.

The Palestinians will never meet them. There will come a point, therefore, when it will become clear that Trump’s conditions have been rejected. So what will he do then? Faced with implacable Palestinian rejectionism, previous administrations never changed course. The peace process had to proceed regardless because it was assumed there was no alternative.

But there is an alternative. Trump should seize the opportunity to change the narrative altogether. He should say that having offered the Palestinians the opportunity to make a deal, he can now see their real agenda is not to live alongside Israel at all but to destroy it.

That is the only possible interpretation of their demand to flood Israel with Arabs, to refuse to stop paying terrorists’ families and to continue to teach their children to hate and to murder Jews.

Accordingly, until and unless they abandon their aim of exterminating Israel, they will receive no more money from the US, no diplomatic recognition and no political engagement.

Trump is the ultimate big picture man. ​He thinks with his gut. He doesn’t do detail.

So he should be told this simple fact: that the reason the Arab-Israel impasse continues without end is that America and the West have treated the Palestinian agenda as a reasonable basis for compromise, when in fact it has the unconscionable goal of destroying the homeland of the Jewish people. And negotiating with an unconscionable agenda encourages its proponents to twist the screw still further.

It’s possible that Trump knows all this and, having given Abbas enough rope with which to hang the Palestinian cause, will now pull the noose tight.

It’s also possible, though, that among all the pro-Israel people in his administration there isn’t one who has ever told him the inconvenient truth: that the reason the Arab war against Israel goes on and on without end is that it is the only war of extermination where the so-called civilized world has systematically rewarded and incentivized the aggressor.

Donald Trump wants to go down in history as the president who solved the Arab-Israel impasse. What the author of The Art of the Deal needs to realize, however, is that the solution lies in grasping that a deal here is impossible, and what is needed instead is to defeat the vile aim of destroying Israel.

Change the narrative altogether, Mr.​ ​President, and your place in history will be all but guaranteed as the person who faced down an agenda of falsehood, hatred and extermination to pave the way for a more decent, stable and safer world.