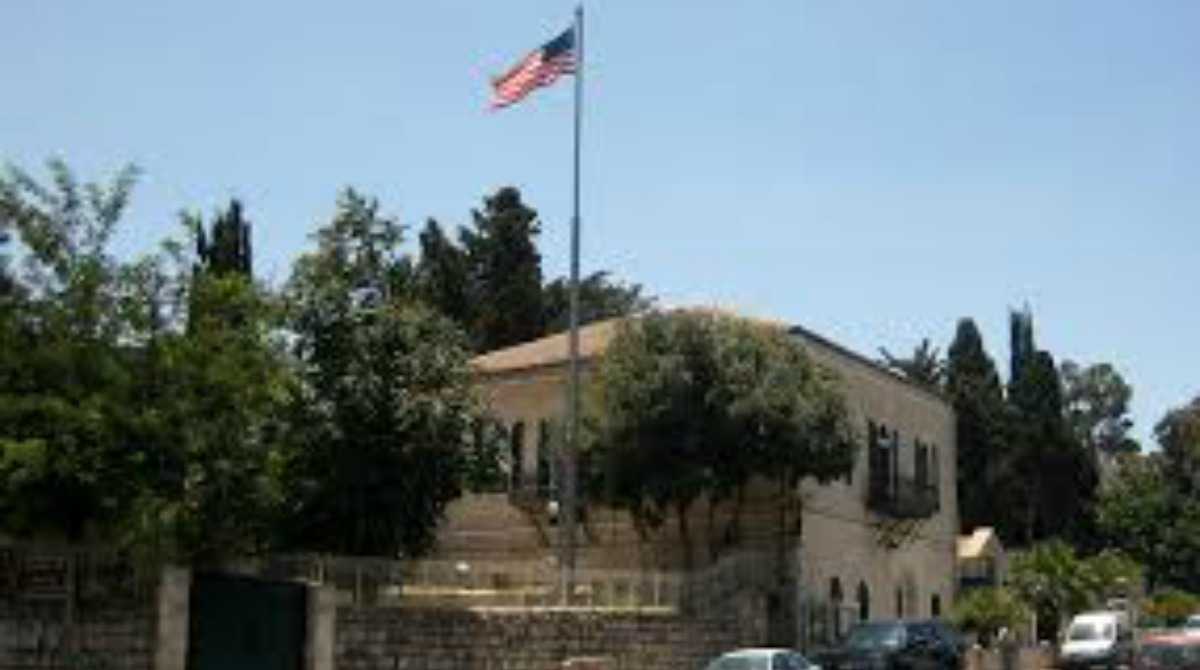 How should anyone respond to threats, intimidation and blackmail? By giving in?

Surely not. The appropriate response would be to bring the matter before an appropriate authority equipped to deal with this through condign action against the perpetrator.

And what if the target of such threats, intimidation and blackmail is that appropriate authority itself?

US President-Elect Donald Trump has said he intends to move the US Israel embassy from Tel Aviv to Jerusalem. In response, the Fatah Palestinian leader Mahmoud Abbas has said such a move would “destroy the two-state solution.”

Why? There’s been no suggestion that the US embassy would move to east Jerusalem, which the Palestinians (falsely) claim as the capital of a future state of Palestine. The assumption is that the embassy would be located in west Jerusalem which has been undisputedly part of the State of Israel since its rebirth. So moving the embassy has nothing to do with any two-state solution.

Indeed, since the US currently maintains a consulate in Jersualem, all it has to do is quietly change the nameplate on the door. It could do that tonight.

Abbas also threatened to reverse Palestinian recognition of the State of Israel. Assuming he means by that reversing acceptance of the State of Israel – rather than an act of geo-political flat-earthism in refusing to recognise it exists on a map of the region – well, he never accepted it in the first place. On the contrary, he has said repeatedly that the Palestinians will never accept Israel’s existence as a Jewish state. And anyway, as far as the map is concerned the Palestinians intend to wipe Israel off it altogether, as we can see from their own cartography, flags and insignia.

The real Palestinian threat, however is of violence, mayhem and murder should the embassy be moved to Jerusalem. Abbas has said it would have a “disastrous impact on the stability and security of the entire region”. Palestinian officials have warned of regional violence. Saeeb Erekat, the Palestinians’ long-time “peace negotiator”, threatened it would help send the region “down the path of something that I call chaos, lawlessness and extremism.”

And Fatah Central Committee member Sultan Abu al Einein told Egypt’s Alghad TV: “I believe that any American act of stupidity will ignite the Palestinian territories… We must prepare for a confrontation with the new US administration, which has clearly and audaciously declared that Israel and its settlements are legitimate and legal.”

All this must be understood to mean the Palestinians are threatening to incite violence not just against Israelis but against Americans too. This over the fact that the US would be choosing to situate one of its own government buildings within the sovereign territory of another sovereign country, a decision which has absolutely nothing to do with the Palestinians or anyone else.

There is only one way for the US to deal with a threat like that. Face it down. Anything else would demonstrate a weakness by America against intimidation – a weakness that would precipitate violent action against itself, not just by the Palestinians but by other terrorist entities in the world waiting to see whether Trump’s America will be a soft touch or whether it will once again start defending itself against attack.

Not only should Trump move the embassy to Jerusalem but the UK – which, to general astonishment, appeared yesterday in Paris to have been, er, nudged by the President-Elect to locate the rudiments of a British spine – should do exactly the same thing. So should Australia, and any other country that wants belatedly to stop kow-towing to intimidation.

Those faint-hearts who think moving the embassy is just a needless provocation and it’s asking for trouble are in fact advocating surrender to violence – the consequences of which will be not less but yet more violence. That’s been the result of western policy towards Israel and the Arabs for almost a century. That’s why the Arab-Israel impasse remains the the Arab-Israel impasse. It’s high time the west stopped behaving in this dysfunctional way.

If there were previously any doubts about moving the US embassy to Jerusalem, there should be none now.