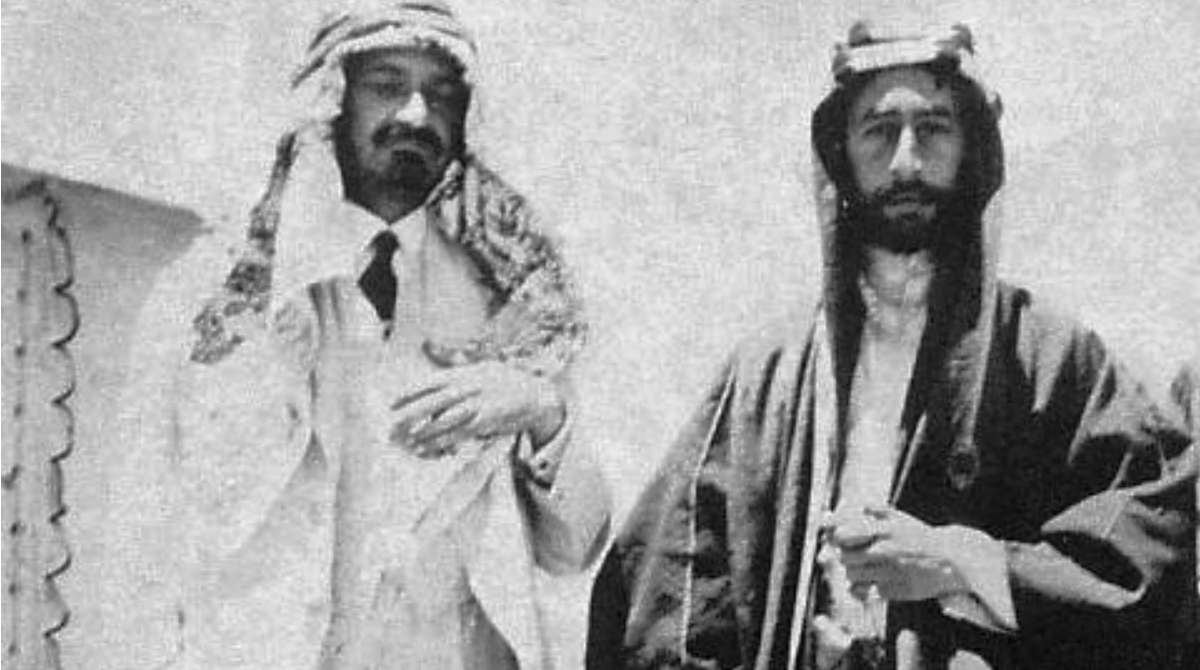 Yet more Arabs have been making startlingly positive statements about Israel and the Jews.

In an interview broadcast by the Kuwaiti Alrai TV channel last week, Kuwaiti writer Abdullah al Hadlaq declared that the State of Israel was not an occupying force but represented “a people returning to its promised land”. He went further, declaring that the Jews had a right to the land of Israel according to the Koran:

“From the religious perspective, Quranic verse 5:21 proves that the Israelites have the right to the Holy Land. Allah says: ‘When Moses said to his people… Oh my people, enter the Holy Land which Allah has assigned to you.’ So Allah assigned that land to them, and they did not plunder it. The plundering entity is whoever was there before the arrival of the Israelites. Therefore, I do not go for obsolete slogans and terms like ‘Zionist plundering entity,’ and so on. The fact that I am an Arab should by no means prevent me from recognizing Israel.”

Both the interviewer host and a fellow guest were clearly stunned by this. But just look at al Hadlaq’s replies to them:

Guest: “I don’t know… Let’s determine the frame of discussion. Is Palestine and its occupation an Arab cause or a religious one?”

Abdullah al Hadlaq: “There is no occupation. There is a people returning to its promised land. Are you aware that the history of the Israelites is ancient, predating Islam? Therefore, we Muslims must acknowledge that the Israelites have a right to that land, and that they have not plundered it. The people who say that it was plundered are still thinking in the mentality of the 1950s and before. When the State of Israel was established in 1948, there was no state called ‘Palestine.'”

Host: “So where did we get that name, which we have been defending for 60 years?”

Abdullah al Hadlaq: “It didn’t exist. There were various communities living in Arab countries. They were called ‘Canaanites,’ ‘Amalekites,’ or a whole host of other names. The Quranic verse even says: ‘…in it are a people of great strength [Jabbareen].’ Some people called them ‘Jabbareen.’ Therefore, there was no state called ‘Palestine.’ I insist on this.”

Wow! This Kuwaiti is telling truths about Israel which are denied by western governments, liberal elites and even many Jews!

This follows the even more remarkable ruling by the Grand Mufti of Saudi Arabia, Abdul Aziz al Sheikh, forbidding war against the Jews and stating that fighting against Israel was inappropriate.

That in turn followed the Guardian interview with Saudi’s reformist Crown Prince Muhammad bin Salman (known as MBS) who pledged an end to Islamist extremism. There are also unconfirmed reports that the prince made a secret visit to Israel last September to discuss peace proposals.

Ad now yet another Saudi cleric has joined in. Dr Muhammad bin Abdel Kareem al Issa, former Saudi justice minister, senior adviser to the Saudi king and known to be close to MBS, has said, as reported in Israel’s Ma’ariv newspaper, that “any act of violence or terrorism that tries to hide behind religion has no justification whatsoever, not even in Israel”.

All of this obviously needs to be treated with a great deal of caution. Kuwait was always relatively liberal. Saudi Arabia has made a tacit alliance with the US and Israel only because the Saudis are locked in a desperate struggle against their mortal enemy, Iran. If Iran were to be defeated, wouldn’t Saudi Arabia merely revert to its prior hostility to Israel?

And it’s far from clear whether MBS, who it is said has formed a friendship with President Trump’s Jewish son-in-law Jared Kushner, is reportedly supporting the new US peace proposals because they will weaken Israel or because they represent a bold new way to think out of the box to solve this century-old war – and that’s because we have no idea what these proposals themselves actually are. Or maybe he’s just supporting whatever Trump comes up with because he needs the US so badly.

Yet the genie is being let out of the bottle. The Arab masses are beginning to hear truths about Israel and Judaism that most of them have never heard before in their lives – truths, moreover, couched in terms of their own religious precepts. If MBS succeeds in driving through his reform programme – a big if, granted – this realistic approach to Israel will not be a flash in the pan. Nor would it be new – the picture at the top of this post shows Emir Faisal, who welcomed the Jews’ prospective return to their ancient homeland, with the Zionist leader Chaim Weizmann wearing Arabic dress as a sign of friendship in 1918.

Needless to say, none of this is being covered in the British media. Who can be surprised? How can Britain be shown to be more anti-Israel than the Arabs? Rub your eyes: that’s what might be beginning to happen.