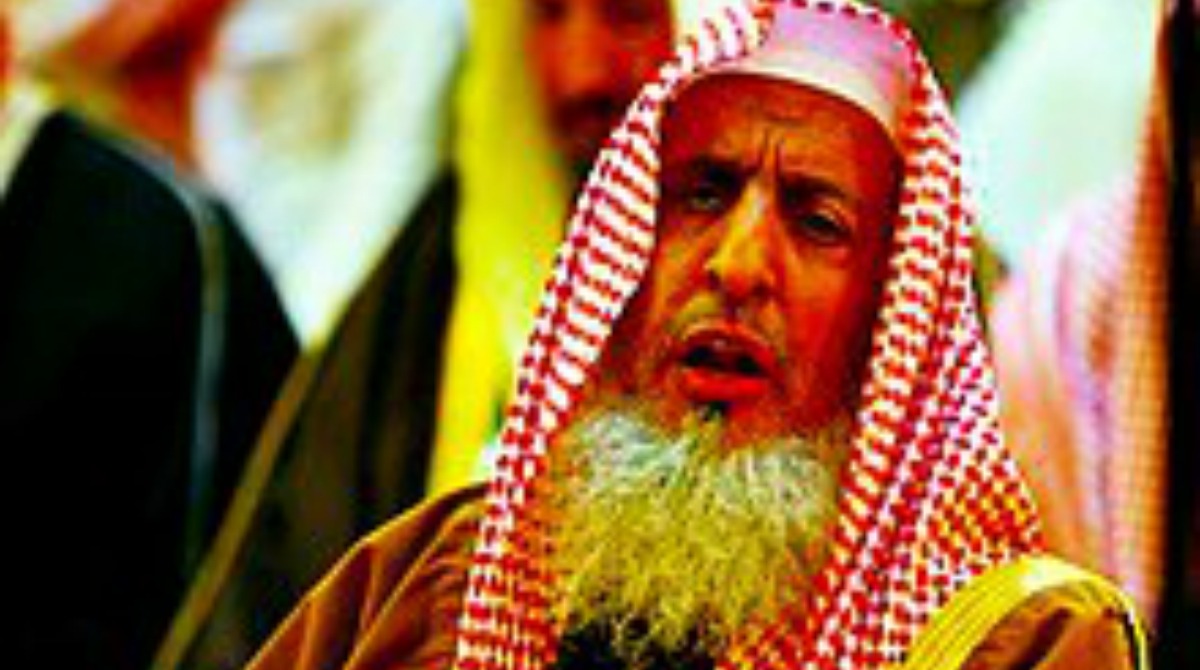 According to the Turkish Anadolu news agency, reported here, the Grand Mufti of Saudi Arabia, Abdul Aziz al Sheikh, has issued a quite remarkable religious ruling. Answering a question on TV about the Palestinian Arab riots over Temple Mount last July, he didn’t merely denounce Hamas as a “terror organisation”.

Much more significantly he actually issued a fatwa, or religious ruling, forbidding war against the Jews; and he said that fighting against Israel was inappropriate.

How can this be anything other than highly significant?

Sheikh Abdul Aziz is not exactly a theological liberal. In March 2012, he reportedly declared that it was necessary to destroy all churches in Kuwait, or possibly in the region.

Earlier this year, he warned of the “depravity” of cinemas and music concerts, saying they would corrupt morals if allowed in the kingdom.

In December 2015, while calling for greater Islamic co-operation against Isis, he labelled Isis “part of the Israeli army”, thus suggesting that when it comes to Israel he is delusional.

So undoubtedly he’s not going to announce that synagogues or churches may be built in Saudi Arabia any time soon.

Nevertheless, he is the most senior cleric in the state which has served as the epicentre of Sunni Islamic fanaticism and the most austere and conservative interpretation of a religion which has Jew-hatred at its theological core. If such a man is now saying that war against the Jewish state is not holy at all but must be forbidden on religious grounds, will this not have some impact within the Islamic religious world for which holy war against the Jews is an article of faith?

We can all obviusly see the politics behind this. Saudi Arabia is in the fight of its life with Iran, to which end it has forged tacit and not-so-tacit alliances with Israel as well as the US. The new, reformist Crown Prince Mohammed bin Salman has not only supported this alliance with Israel but, more remarkably, has said that now is the time for the kingdom to get rid of Wahhabi extremism and revert to “what we followed – a moderate Islam open to the world and all religions”.

Of course that last bit was nonsense – the House of Saud made an alliance with the Wahhabis back in the late 18th/early 19th centuries. Nevertheless, the fact that the Prince made such a statement about now getting rid of extremism, in public, followed by this fatwa from the Grand Mufti, in public, surely suggests that the tectonic plates might just be beginning to shift within the heartland of Sunni fundamentalism.

Too good to be true? Just more smoke and mirrors? Of no more significance than a temporary alliance of expediency? Maybe. Nevertheless, a religious statement goes beyond politics. Neither the Prince nor the Grand Mufti needed to open up the religious issue in public at all. Watch this space, eh.