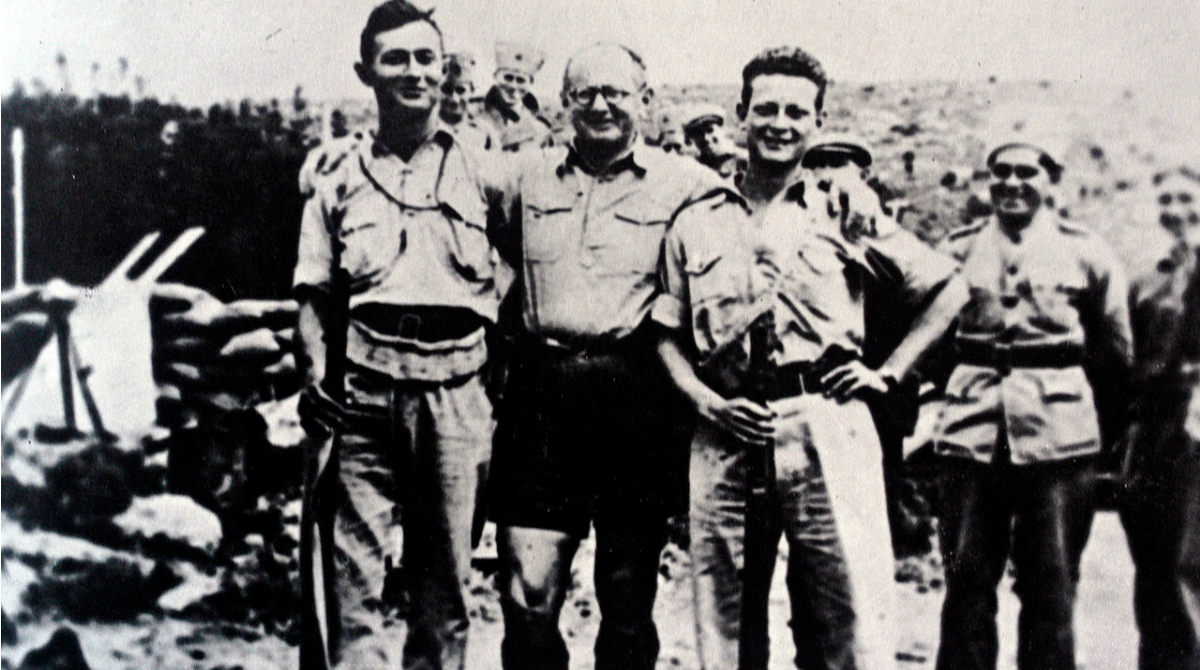 One of the many things the west fails to grasp about the State of Israel is how important it is to the security of the west, as well as the role that the Jews of that land have played in helping defend western lives since before Israel was reborn.

Col Richard Kemp, Britain’s former commander in Afghanistan, has written a great piece about this that should be essential reading. Here’s a flavour:

“For many years Western nations have depended heavily on Israeli intelligence, and the civil war in Syria and the rise of the Islamic State have even further increased the West’s reliance on Israeli intelligence… Of a far more sensitive and of course highly classified nature, Israel makes a major contribution to Western nuclear defences. On the homeland security front few Europeans are aware that Israeli technology safeguards such iconic symbols as Buckingham Palace, Heathrow Airport, the Eiffel Tower, and the Vatican.

But as we who have worked in the intelligence world know, action is premised on more than capability. Israel is not a vital strategic asset because of capability alone. Intent is equally important.

Why did the farmers and scouts of Hanita take such risks and make such sacrifices for the British in 1940? Neither they nor their fellow Jews who sustained and fought for the Eighth Army were under any obligation to do so. But nevertheless in the 1940s the Jews of Palestine contributed much more to the Allied war effort than all of the Arab nations combined who between them had over 50 times the resources of the Jews.

… Why do European countries exploit Israel’s capabilities with one hand and stab her in the back with the other? One word sums it up: appeasement. Every European country has a large and growing Muslim population and an increasing fear of Islamic terrorism. Political leaders believe that a harsh approach toward Israel will give electoral advantage in respect of their Muslim populations and also discourage Islamic terrorists from attacking at home.

A much longer-standing target of their appeasement is the Arab world itself and concern about the negative impact that their dealings with Israel will have on their relations with other countries in the Middle East.

But the balance has been shifting and European diplomacy has struggled to keep up.For many years Israel has had close strategic relations with two of its main Arab neighbours. And today in the face of a growing fear of Iran and the rise of radical jihadism, other Arab countries are increasingly, if cautiously and quietly, looking toward Israel for protection and assistance.

The Arab world will not suddenly fall in love with the Jewish State, but the sands are shifting and in their own security interests, Western states also now need to re-evaluate their relationships with Israel and appreciate what is the balance of cost and benefit to them.

… A modern day Balfour Declaration could be recognition of the strategic value of the Jewish state in today’s global struggle in the form of full membership of a reformed NATO, which would benefit all of our strategic interests and serve also to undermine international efforts to isolate Israel.”