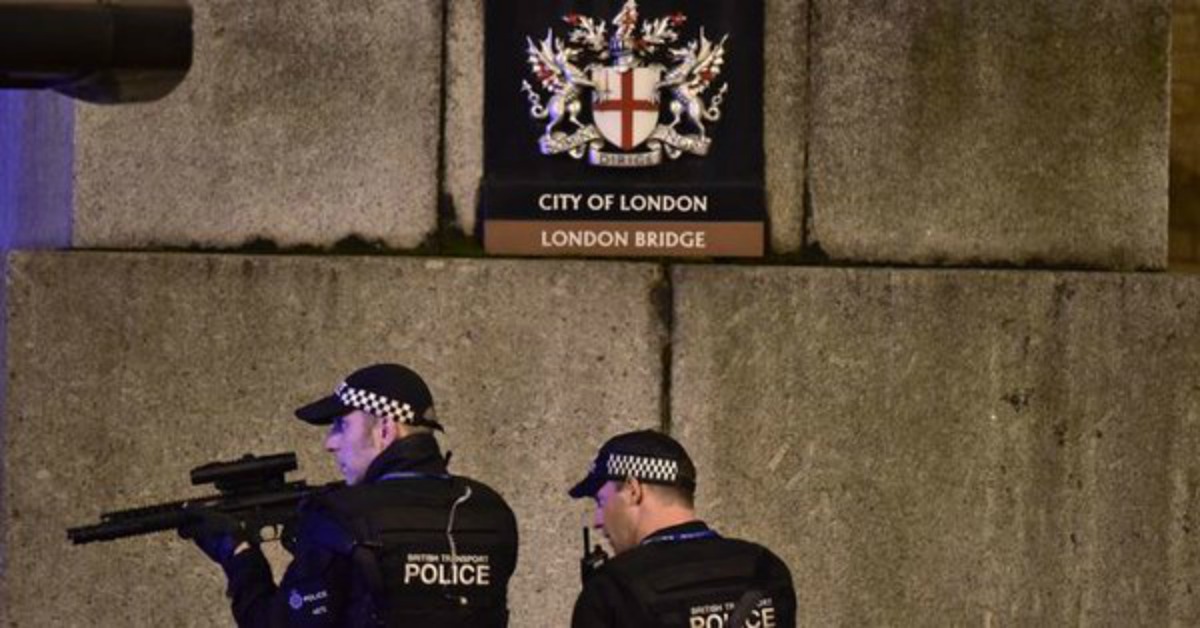 The recent terrorist attacks in Britain have exposed once again the enormous divide between millions of ordinary people who “get it” and the elite class of politicians, media and so-called progressives who do not.

In the last three months, there have been three sets of Islamist attacks in London and Manchester.

Five additional such plots have been thwarted over that period. The security service is trying to monitor 3,500 homegrown Muslim terrorist suspects. It says it cannot be sure of preventing more such attacks. It is clear that it is overwhelmed by this problem.

Yet even now people are minimizing, misunderstanding and misdiagnosing the threat – and attacking those who are calling it out.

President Trump drew fire (yet again) when in the aftermath of last Saturday night’s atrocities at London Bridge and Borough Market he tweeted: “At least 7 dead and 48 wounded in terror attack and Mayor of London says there is ‘no reason to be alarmed!’” In the ensuing furor, Trump was accused of twisting out of context what Mayor Sadiq Khan had said. He had merely been telling people, it was claimed, not to be alarmed at the sight of more armed police on London’s streets.

In other words, he was saying there was no reason to be alarmed that the presence of armed police meant London was unsafe, because it wasn’t. Just as Trump had said he said.

The generous explanation is that Mayor Khan was trying to prevent public panic. But what he said was untrue. London is a prime target for further Islamist terrorism; and while statistically the chances of being caught up in such atrocities are very small, to say the city is safe is to deny what’s happening.

Khan’s comments have enraged many Londoners and others. They note that this Muslim mayor never suggests that the radicals should be driven out of those London mosques which are hotbeds of Islamist extremism.

Instead, they hear those who criticize Mayor Khan, the Muslim community or Islam demonized as Islamophobes.

The Jewish community is not exempt from this madness. The president of the Board of Deputies of British Jews, Jonathan Arkush, this week called on British Muslims to “stand up and be counted.” “Every British mosque should be holding its own protest against terrorism, proclaiming ‘Not in our Name,’” he wrote.

More than 80 people from synagogues and communal organizations as well as unaffiliated individuals promptly signed an open letter accusing Arkush of “fanning the flames of inter-community hatred.” This despite the fact that he also said the terrorists were “not representative of British Muslims” and that the attacks were “a perversion of Islam.”

“We particularly reject the assertion,” wrote the signatories, “that members of a religious or ethnic group must quickly and publicly denounce any members of that group who act repugnantly. We hope you will remember that this has been used to persecute Jews in living memory. Just as we as Jews have no responsibility for the actions of Jewish terrorist groups, Muslims are not personally responsible for the actions of groups such as ISIS.”

Presumably, this was a reference to the Jewish terrorists of the Irgun and Lehi (the Stern Group) in pre-Israel Palestine. If so, the analogy was singularly inappropriate. The mainstream Zionist leadership at that time not only denounced these Jewish terrorists but actively helped the British hunt them down to kill or jail them.

By contrast, Islamist terrorists are at the extreme end of a continuum of attitudes that themselves pose a threat to Britain. In a 2015 poll of British Muslims, nearly a quarter said Islamic Shari’a law should replace British law in areas with large Muslim populations; 4% – equivalent to more than 100,000 British Muslims – sympathized with suicide bombers; and only one in three would contact the police if that person believed a close contact was involved with jihadists.

While most British Muslims are against violent extremism, their community therefore helps swell the sea in which terrorism swims.

More and more Muslims are now saying they have to tackle this. Yet the Jewish signatories wrote: “We stand with all our Muslim sisters and brothers, and all people of faith and no faith, in love and healing from these atrocities – together.”

Really? They stand with the Muslim Brotherhood whose aim is to infiltrate and conquer Britain and the world for Islam? They stand with the radicals in British mosques? The poll also revealed that 38% of British Muslims believe the Jews have too much power over global affairs and 26% believe Jews are responsible for most of the world’s wars.

Do these Jewish signatories stand with them, too? Public anger in Britain with such moral inversion has reached a tipping-point. Every attempt to deal adequately with the Islamist threat has been stymied with cries of “Islamophobia” and claims that such measures would help the terrorists’ aim of “dividing us” and “undermining our core values”. But they’re not trying to divide us or undermine our values. They’re trying to kill us and conquer us.

The great political struggle of our times is not between Left and Right. It is between those who are connected to truth, reason and reality and those who are not. It reflects a fundamental division in the West, whose fate will be decided by its outcome.