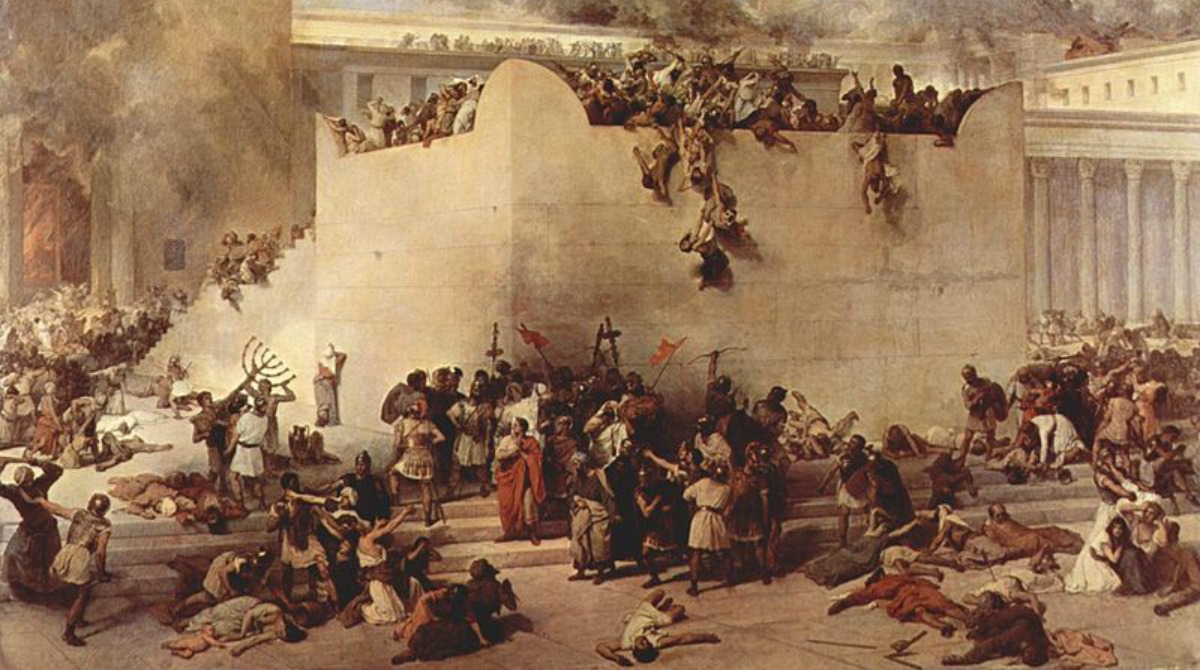 The Israeli government has removed the metal detectors, or magnometers, that it installed at the entrance to Temple Mount to prevent further Arab terrorist attacks.

This is a bad move. Even worse is how the government explained it – in terms of total capitulation. This morning Yoav Galant, Israel’s Minister of Housing and Construction, said at a meeting I attended that the metal detectors were a “mistake”. He told IDF Radio:

“It is clear that from the absorption point of view that it is impossible to transfer tens of thousands of people who are unwilling to cooperate through magnometers. It was clear from the beginning. Mistakes were made. What is important is that we bear collective responsibility.”

Let’s recap. Ten days ago three Arab terrorists burst out of the al Aqsa mosque, where they had stored weapons, and murdered two Israeli Druze police officers stationed just outside the compound. To prevent any further such violence, Israeli put up the metal detectors. The Jordanian Waqf which administers Temple Mount threw a hissy fit and told Muslims not to go through the metal detectors but to pray in the street outside. Which they did.

It is therefore absurd to say Israel’s mistake was to think it could move onto Temple Mount tens of thousands of people who were refusing to go. If they choose not to go there, well, that’s their choice. Obviously.

Israeli says it will now install instead high resolution cameras with facial recognition software and thermal systems capable of detecting bombs. Guess what! The Waqf is still telling Muslims to keep away.

The issue is not, of course, the metal detectors themselves (which are to be seen at religious shrines in the Islamic world) but the fact that they were installed by Israel. This is because Arabs falsely deny the existence of the ancient Jewish Temples and deny the unique entitlement of Israel to its own ancient capital city of Jersualem. The issue is not devices but sovereignty.

The Palestinian Authority, which has been claiming falsely for months that Israel intends to take over/remove Muslims from/destroy al Aqsa and thus has been inciting Arabs to repeated rock-throwing and other acts of violence from Temple Mount, has in typical fashion inverted cause and effect over the metal detectors in order to ramp up the incitement still further. Thus the metal detectors were an act of aggression/keeping Muslims out of Temple Mount/changing the status quo on the compound.

As a direct result of these murderous lies and incitement, an Arab slaughtered three members of the Salomon family in their settlement home last Friday evening.

This atrocity was widely presented by the western media as being part of the “clashes” resulting from the metal detectors. This is demonstrably untrue. The slaughter of the Salomon family was the result of incitement and lies – the same incitement and lies which provoked the murder of the two Druze police officers, which was in turn the only reason the metal detectors were erected in the first place.

“Clashes” inescapably entail acts of violent aggression between different groups. There have been no “clashes” over the metal detectors because Israel has committed no acts of violent aggression. The only such acts have been committed by the Arabs against their Israeli victims. The western media has, as usual, embraced, internalised and faithfully reproduced the inversion of reality being promulgated by the Arabs in order to incite further acts of violence and murder.

The hysteria being whipped up by the Palestinian Authority was amplified by the Palestinians within Jordan, which regards itself as the guardian of Temple Mount as a result of its illegal occupation of east Jerusalem until 1967. Jordan was the first to condemn Israel for closing Temple Mount to Friday worshippers immediately after the murder of the policemen in order to search it for weapons. The Jordanian Parliament Speaker Atef Tarawneh called the Israeli Arab terrorists who carried out that attack “martyrs who sowed and watered the pure land.”

On Friday, thousands of Jordanians protested in Amman over the metal detectors. On Sunday, a Jordanian attacked an Israel embassy security guard with a screwdriver. The guard shot him dead and another Jordanian was inadvertently killed in the crossfire. This resulted in a diplomatic stand-off between Israel and Jordan, which effectively held the security guard hostage by refusing to allow him to leave the country and demanding to interrogate him. After intensive negotiations, the guard and Israel’s entire diplomatic team have now returned to Jerusalem for their own safety.

In further Jordanian harassment over the last couple of days a group of Israeli tourists visiting the supposed tomb of Aaron, brother of Moses and who according to tradition is buried in Jordan near Petra, were threatened with jail by Jordanian police if they prayed or displayed any religious symbols.

At the same time Israel, Jordan and the US have been engaged in urgent talks to resolve the Temple Mount security issue. It is notable that the Palestinians have been excluded from these talks. It is also notable that Saudi Arabia was insisting that the metal detectors should be removed.

The new Trump-led strategy in the Middle East is to marginalise the Palestinians and get Saudi Arabia on board in the battle against Iran and al Qaeda/Isis. Saudi Arabia (whose clerics might be assumed to believe that using al Aqsa as a weapons store and theatre of war was an unpardonable act of sacrilege) needs both Israel and the US as strategic allies against Iran. Both the US and Israel are anxious to prop up Jordan’s fragile King Abdullah for fear of an Islamist takeover of Jordan should he fall. The hysteria being whipped up over those metal detectors threatens the King even more.

It seems most likely that they were removed as a quid pro quo for the return of Israel’s security guard. Israel’s Prime Minister Benjamin Netanyahu made a point of thanking President Trump “for instructing his adviser Jared Kushner and dispatching his envoy Jason Greenblatt to the region in order to aid our efforts to bring back the embassy team quickly”.

This would seem to suggest that the Americans put pressure on Netanyahu to dismantle the metal detectors – two days after he declared they would stay put. If so, the Trump team has just forced Israel to hand its enemies yet another victory.

Israel further compounded this error by saying the metal detectors were a mistake – thus loudly proclaiming weakness, which in the Arab and Muslim world is always an incentive for further attack.

In any event, the problem is not at root the terrorist violence around Temple Mount, nor is its solution the metal detectors. The problem is the charade of Temple Mount itself: the fact that Jordan, which has no legitimate title on Temple Mount whatsoever, is allowed not only to administer it but to prevent Jews from free access to Judaism’s own holy of holies.

This ridiculous and unjust status quo has been allowed to continue for one reason only: fear that the Muslim world will ignite if it is altered in any way. This was first displayed 50 years ago by Moshe Dayan, the general who liberated Temple Mount from its illegal Jordanian occupiers – only to hand its administration back to Jordan for fear of Islamic holy war.

Temple Mount is a symbol therefore of the enduring timidity of Israel and its consequent belief that it can only ever seek to manage, make deals with and calm down its mortal enemies rather than defeat them. It is also a symbol of Israel’s refusal to acknowledge that the violence against it is not the result of a land boundary dispute, nor a clash of rival nationalisms. It is, far more terrifyingly, the product of Islamic holy war.

Displays of weakness such as the metal detector debacle encourage these jihadi enemies to screw the vice ever tighter. But the regional situation has now dramatically changed. Saudi Arabia, Jordan, Egypt and the other Gulf states (except rogue Qatar) all desperately need the support of Israel and America.

This is surely the time for the US to use that leverage to start addressing the real issues behind this flare-up. What’s needed is not metal detectors but the detection of long-absent mettle.