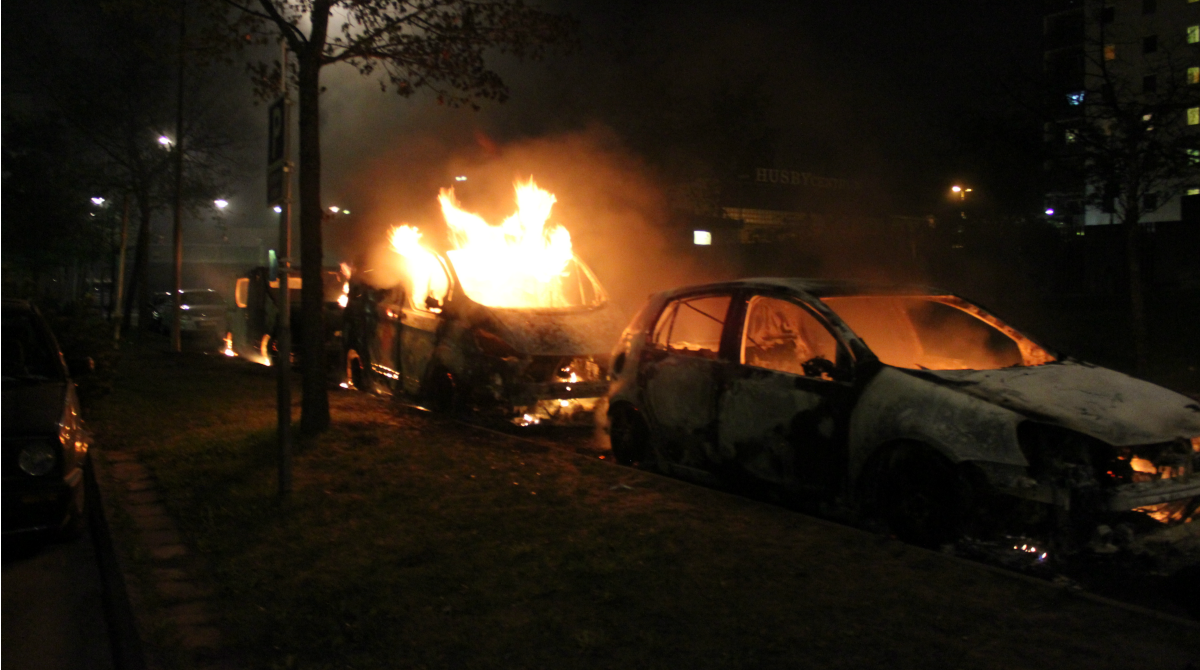 We are told by his detractors that Donald Trump is such a stranger to the truth he thinks he can create his own reality. Well, now he appears to have done just that! One day after seeming to suggest falsely that there had been immigrant-related violence in Sweden the previous night, precisely such violence promptly broke out the following night!

Amazing. Not only is President Trump a liar, it appears, but he is a liar with the prophetic gift of second sight. Who knew?

It turns out he’d been talking about a TV documentary on this subject to which he’d seen a reference the previous evening. This was a report by Ami Horowitz which said there had been a surge of gun violence and rape once Sweden began its “open door” policy towards immigrants, that the government had “gone out of its way to try to cover up some of these problems” and that the country now had Muslim “no-go zones” ruled by sharia law.

That report itself was criticised for being distorted. Swedish politicians rushed to state that such problems were simply unknown. The city of Malmo was a model of multicultural harmony. One of the police officers interviewed by Horowitz said their comments had been taken out of context. “He is a madman.” And so on.

Just a few hours later, violence erupted in the Stockholm suburb of Rinkeby after a mob of around 30 began attacking officers with rocks and setting fire to cars. But Trump had not been exercising metaphysical powers of prophecy. Both he and Ami Horowitz were accurately reflecting Swedish reality, as has been steadily reported over many years despite attempts by the Swedish authorities to suppress such information.

A few weeks previously, three police officers were taken to hospital after being attacked by a mob in Rinkeby, and officials placed more than 50 areas on a high risk list of places with high levels of migrants where police admit they do not have control. National Police Commissioner Dan Eliasson said he needed a further 4,100 officers and specialist staff to deal with the surge in incidents since migrants entered the nation in their thousands. He said: “We have to go to work against unrest in the asylum centres which places a much greater demand than might appear outwardly.”

There have been increasing attacks by asylum-seekers against Swedes. This report details many such attacks merely during June last year. This was the entry for June 26:

The Östersund police department admitted that the many sexual attacks against women in the town in February and March of this year, were mostly committed by “asylum seeking youths.” When the rapists were most active, the police put out a warning to women not to go outside alone evenings and nights. The local chief of police, Stephen Jerand, told the daily, Östersunds-Posten: “When we take in people who are fleeing, it is important to inform them early on about what the rules are in Sweden, and that said rules also apply to women.

A significant increase in rapes in Sweden has coincided with a huge increase in immigration. In 1975, 421 rapes were reported to the police; in 2014,the number was 6,620. Sweden is now number two on the global list of countries for rape offences. A report states:

Twenty-one research reports from the 1960s until today are unanimous in their conclusions: Whether or not they measured by the number of convicted rapists or men suspected of rape, men of foreign extraction were represented far more than Swedes.

The Swedish police have been accused of trying to conceal the nature and scale of this immigrant violence. There were claims they tried to hush up a series of sexual assaults by asylum-seekers at Europe’s largest teen pop festival, with one senior officer saying the police wanted to avoid “playing into the hands” of the anti-immigration Sweden Democrat party:

Officers identified a group of approximately 50 men, “so-called refugee youths, predominantly from Afghanistan,” whom they suspected of being behind the attacks, adding that “several of the gang were arrested for sexual harassment”. Despite a record number of girls reporting crimes, police made no mention of the phenomenon in the report on the festival posted to their website, which said instead only that there had been “relatively few crimes and few arrests given the number of attendants”.

There have been many reports of attacks on Jews in Malmo. According to a report in 2013:

The city is infamous for having the largest number of antisemitic incidents in the country, many of them perpetrated by members of the Muslim community… Many of [Malmo’s remaining Jews] are afraid to leave their homes; many want to leave the city and do not want their children to grow up there. There are only about 600 Jews remaining; many have left for Stockholm and other cities because they can’t take the hatred.During the first six months of 2013, Malmo police reported 35 attacks on Jews – triple the previous year.

There have also been attacks on immigrants and on mosques, as well as intra-migrant gang violence. This report from September 2016 said:

Earlier this year, a boy of 12 was raped in refugee accommodation by another refugee who claimed to be 15. A dental X-ray suggested the attacker was closer to 19. Later that month, a 22-year-old Swede (herself the daughter of immigrants) was stabbed to death by one of the refugees she was caring for — another adult claiming to be 15. Such horrific stories raise the fear that the authorities have lost control. This is reflected in the extraordinary rise of the Sweden Democrats. There have also been a spate of attacks on refugee centres, some of which have been burnt down.

Trump’s loose lip over Sweden gave his enemies in the media a field day. They were able to claim not only that he lied but that the claims he made about Sweden were untrue. They were not.

His supporters appear to be discounting the falsehoods or inaccuracies in his loose and careless talk because they have decided he is telling the truth about the stuff that actually matters and they can work out perfectly well what he is saying. The distinction they appear to be making is not between truth and falsehood but between Trump’s sloppy inaccuracies or boastful exaggeration on the one hand, which they don’t think are that important, and on the other hand the lies or omissions by the mainstream media, which they think matter a great deal.

Be that as it may, Trump needs to be far more careful about how he talks. Words matter, and it is simply not on for the President of the United States to make comments which are so carelessly inaccurate. It allows his enemies to paint him as a liar, obscuring the fact that the essential point he is making may be true. That’s what happened over Sweden and, unless he starts exercising far more discipline over what he says, it will happen again and again.