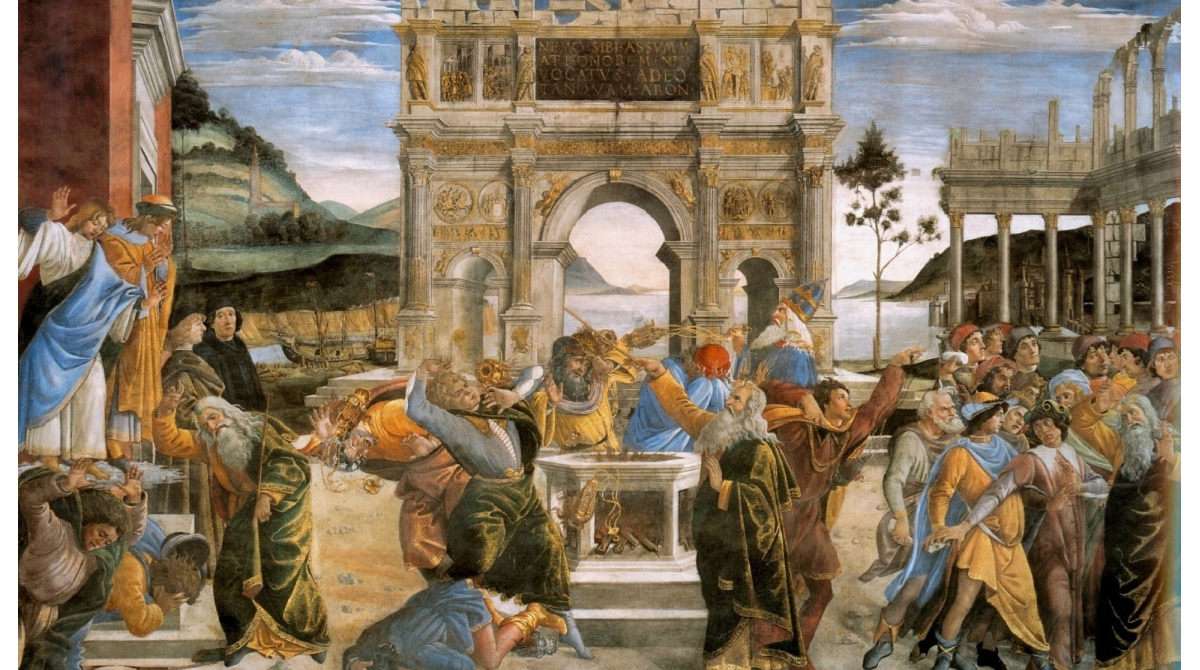 The law professor Alan Dershowitz has thrown a legal hand-grenade into America’s political civil war by claiming to have evidence that former President Barack Obama “personally asked” the FBI to investigate someone “on behalf” of Obama’s “close ally,” billionaire financier George Soros.

He made his cryptic remark in an interview defending U.S. President Donald Trump against claims he interfered in the prosecution of his former adviser, Roger Stone.

Dershowitz, a confirmed liberal, drew the ire of the left by joining Trump’s impeachment defense team —not because he’s a Trump fan, but because he cares about upholding the rule of law and the U.S. constitution, which he believes (with good evidence) are being trashed in the anti-Trump witch-hunt.

Now, though, Dershowitz has crossed yet another line. For to criticize Soros, the principal funder of treasured activist causes, means automatically turning into a bogeyman of the left.

Predictably, therefore, Dershowitz has been painted as a wild conspiracy theorist. Other critics of Soros, a Jewish Holocaust survivor, find themselves labelled antisemites.

Last December, Trump’s lawyer Rudy Giuliani suggested that Soros was involved in the Ukraine-Trump imbroglio, controlled various ambassadors and had employed FBI agents who the Trump camp believe were involved in a criminal conspiracy to bring down the president.

“Don’t tell me I’m antisemitic if I oppose him,” he told New York magazine. “Soros is hardly a Jew. I’m more of a Jew than Soros is… He doesn’t belong to a synagogue, he doesn’t support Israel, he’s an enemy of Israel.”

It’s undeniable that Soros has been targeted by antisemites who depict him as a caricature Jew trying to manipulate the world.

Focusing on his Jewishnesss is gratuitous and irrelevant. But just because he’s a magnet for antisemites does not mean there aren’t well-founded grounds for complaint against his behavior.

In the last few years, Soros has been trying to control local U.S. law-enforcement agencies by pumping massive amounts of money into backing radical candidates in key district attorney races.

In December, radicals who ran on a platform of not prosecuting certain crimes and reducing other state felonies to misdemeanors were elected as top prosecutors for three suburbs of Washington, D.C.

In Virginia’s Fairfax County a defeated prosecutor, Jonathan Fahey, said: “We have a world right now where the president picks the U.S. attorneys and George Soros picks the top state prosecutors. And that’s a scary world to live in.”

Jews are falsely and maliciously accused of manipulating countries and global events. But as Soros has himself acknowledged, that’s precisely what he has set out to do.

Quoting Dr. Martin Luther King Jr.’s remark that “the arc of the moral universe is long, but bends towards justice,” he told the U.K.’s Guardian: “I don’t believe that’s true. I think you need to bend the arc.”

In his book Soros on Soros, the financier wrote: “I do not accept the rules imposed by others… I recognize that there are regimes that need to be opposed rather than accepted. And in periods of regime change, the normal rules don’t apply.”

What that means is that he has tried to re-order the world according to how he thinks it should be run. And that means opposing the U.S. and its values.

He has called America “the main obstacle to a stable and just world order,” and said E.U.-style socialism “is exactly what we need.”

Through his Open Society Foundations, which started out genuinely aiding freedom behind the Iron Curtain during the Cold War, his billions have been used to institutionalize policies such as the legalization of drugs, the promotion of illegal immigration or backing for anti-white groups such as Antifa—initiatives which attack western values, undermine the nation-state, and damage cultural resilience and cohesion.

He has funded a plethora of anti-Israel and anti-Zionist groups. According to leaked documents, the OSF has financed NGOs in the United States, Europe and the Middle East which pressurize and delegitimize Israel. He has given millions to groups which support BDS and accuse Israel falsely of war crimes and ethnic cleansing.

He has also lent credence to the antisemitic claim that the “Israel lobby” has exercised undue influence over American foreign policy and in silencing criticism of Israel.

Now he appears to be stepping up yet further his attempts to delegitimize America and destroy the nation-state. At the World Economic Forum in Davos last month, he declared that the United States, China and Russia all remained “in the hands of would-be or actual dictators.”

In that speech, he announced a new $1 billion Open Society University Network to fund education programs around the world — described by the Financial Times as a plan to “educate against nationalism.”

Soros is entitled to hate Trump, despise the nation-state and support the idea of a transnational utopia. But when one single individual spends billions of dollars buying up and thus transforming public debate and global politics outside the normal democratic process, people are entitled to express significant concern.

Yet those doing so run a gauntlet of abuse. The left routinely employs smear by association against anyone who shares a platform with someone deemed to be (however falsely) a racist, fascist or some other kind of thought-criminal.

This happened recently over a conference in Rome discussing “national conservatism,” organized by the Israeli scholar (and orthodox Jew) Yoram Hazony, whose book The Virtue of Nationalism seeks to restore support for the nation to conservative thought.

Although this conference featured solid conservative thinkers such as Chris DeMuth and Ofir Haivry of the Edmund Burke Foundation and John O’Sullivan of National Review, it also included figures such as Hungary’s Prime Minister Viktor Orbán, Giorgia Meloni, whose Brothers of Italy party is supported by members of Mussolini’s family, and Jean-Marie Le Pen’s niece Marion Marechal.

All these are demonized as “far-right” by the liberal establishment, which in turn demonizes anyone who shares their platform.

Appallingly, British Jewish leaders rushed to stoke the flames of this auto-da-fe of political heretics.

The Board of Deputies attacked the Conservative MP Daniel Kawczynski for attending the conference, claiming the Conservative party ran the “serious risk of the public assuming that they share his views” unless it disciplined him. Which it duly did, issuing Kawczynski with a formal warning and forcing him to apologize for his attendance.

Thus the Board of Deputies has also implicitly and absurdly smeared Hazony, one of the most impressive Jewish thinkers of current times.

In a mirror image of this tactic, anyone who criticizes George Soros is accused of being an antisemite — because antisemites have attacked him.

The point about antisemitism is that it is based on paranoid and deranged lies. There is, however, good evidence to believe that Soros has used his vast wealth to promote policies that undermine and weaken democracy, the west and the State of Israel.

By defending him in such a Pavlovian fashion and using character assassination to silence his critics, Jews and others engaged in such witch-hunts do no favors to the Jewish people or the causes of fighting antisemitism and defending freedom, which they thus trivialize and undermine.