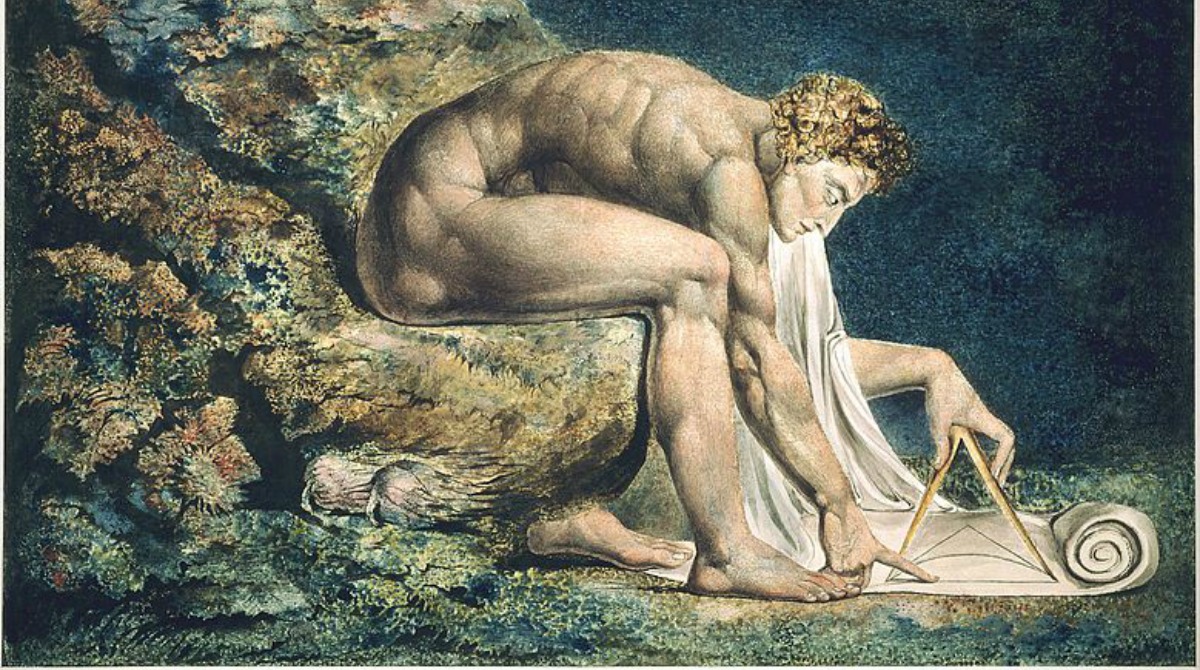 A few commentators have begun to stumble towards the fact that the policy of becoming “carbon neutral” by 2050, as adopted by the UK and the EU, would undo modernity itself.

On Unherd, Peter Franklin observes that, if carried through, the policy will have a far greater effect than Brexit or anything else; it will transform society altogether.

“It will continue to transform the power industry, and much else besides: every mode of transport; how we build, warm and cool our homes; food, agriculture and land use; trade, industry, every part of the economy”.

Franklin is correct. Even so, he seems not to grasp the full implications of the disaster he intuits – because he thinks there’s some kind of middle way through which the imminent eco-apocalypse can be prevented without returning Britain to the Middle Ages.

In similar vein he quotes Rachel Wolf, a co-author of the 2019 Conservative manifesto, who is prone to the same kind of magical thinking. She wrote:

“Government has committed to ‘net zero’ greenhouse gas emissions because it does not want the side effects of the energy sources we have used for centuries to destroy the planet. At the same time, we do not want to return to an era where children (and their mothers) regularly died, and where the majority of people lived in what would now in the UK be considered wholly unacceptable poverty. This is a staggering challenge”.

This is what we might call an understatement. What is truly staggering is, first, that any sentient person thinks this can be done and, second, that it should be done.

For it’s not just that the carbon-neutral target will destroy the livelihoods and wreck the living standards of millions of people. It’s not even that it would take Britain and the west backwards to a pre-industrial way of life.

More fundamentally, it shows that policymakers and politicians – even those who may not fawn idiotically over Greta Thunberg and who rightly view Extinction Rebellion as a bunch of anarchist vandals – have not the slightest scintilla of a clue that the whole idea of a “climate emergency” is bogus from start to finish.

Those who point this out are vilified by the chillingly offensive term “climate-change deniers” and written off as a small bunch of cranks. This merely shows the terrifying effects of groupthink. The claim that “97 per cent” of scientists support the prediction of planetary disaster through anthropogenic global warming – a figure that is itself said to have misrepresented the evidence – denies the key scientific principle that science is never settled.

It also ignores the hundreds of scientists in related fields, many with stellar reputations and some of whom themselves served as expert reviewers for the Intergovernmental Panel on Climate Change until they decided the IPCC was hijacking science for ideological ends, who have shown repeatedly that the evidence for a “climate emergency” doesn’t hold up for a moment.

What these scientists are telling us is that policy-makers are intending to destroy the west’s economic and social ecology even though:

Nevertheless, scientists with intellectual and moral integrity are continuing to challenge this bogus science with actual facts. I reported several of these in my 2010 book, The World Turned Upside Down. Here are a few more recent examples.

“Reading the WMO report, you would think that global warming was getting worse. But in fact it is carefully worded to give a false impression. The data are far more suggestive of an improvement than a deterioration. After the warm year of 2016, temperatures last year continued to fall back to levels of the so-called warming “pause” of 2000-2015. There is no sign of any acceleration in global temperature, hurricanes or sea-level rise. These empirical observations show no sign of acceleration whatsoever.”

“The summer of 2018 had just one day over 30 degrees, while 1976 had six. The Met Office’s data show that hot days are just not becoming more common.” And there seems to be little to worry about on bad weather front either. There has been a gentle decline in storminess, and in most of the UK, there has been no change in either average rainfall or rainfall extremes”.

“They all have rapid warming above 30,000 feet in the tropics – it’s effectively a diagnostic signal of greenhouse warming. But in reality it’s just not happening. It’s warming up there, but at only about one third of the rate predicted by the models.”

“There is much recent observational and scientific evidence that the IPCC report has failed to include and which supports a more considered mitigation strategy than the extreme and unrealistic measures called for in the SR1.5 report”.

“The review, which examines official temperature, rainfall, drought and other weather data shows that although temperatures increased slightly in the 1990s and 2000s, there is no evidence that weather has become more extreme. And intriguingly, extreme heat is, if anything, slightly less common than in previous decades.In particular, heatwaves have not become more severe and nor have droughts. Data also suggest that recent warming has had little effect on the severity of flooding in the UK”.

In a lecture in 2018, he ridiculed the core premises of AGW theory that the climate, a complex multifactor system, could be summarised in just one variable – the globally averaged temperature change – and that it was primarily controlled by the 1-2 per cent perturbation in the single variable of carbon dioxide. This, he said, is “an extraordinary pair of claims based on reasoning that borders on magical thinking.”

“Turning to the issue of temperature extremes, is there any data to even support concern? As to these extremes, the data shows no trend and the IPCC agrees… At the heart of this nonsense is the failure to distinguish weather from climate. Thus, global warming refers to the welcome increase in temperature of about 1◦C since the end of the Little Ice Age about 200 years ago. On the other hand, weather extremes involve temperature changes of the order of 20◦C. Such large changes have a profoundly different origin from global warming.

So what’s really going on here? How come so many scientists subscribe to this falsification of science itself?

One clue lay in an article published in the Guardian in 2007 by Mike Hulme, the founding director of the Tyndall Centre for Climate Change Research and a guru of AGW orthodoxy. In seeking to rebut the argument that global warming theory was bunk, he openly acknowledged that the theory could not be supported by the “normal” rules of scientific inquiry. He wrote:

“The danger of a ‘normal’ reading of science is that it assumes science can first find truth, then speak truth to power, and that truth-based policy will then follow… Self-evidently dangerous climate change will not emerge from a normal scientific process of truth-seeking, although science will gain some insights into the question if it recognises the socially contingent dimensions of a post-normal science.But to proffer such insights, scientists – and politicians – must trade (normal) truth for influence. If scientists want to remain listened to, to bear influence on policy, they must recognise the social limits of their truth seeking and reveal fully the values and beliefs they bring to their scientific activity”.

As I wrote in The World Turned Upside Down: “It was a brazen admission that, in the name of science, scientific reason had been junked altogether to promote mere ideological conviction. In other words, science— the hard-wiring that underpins our age of reason — has short-circuited itself. It has mutated into a denial of rationality in order to change the very way in which people think. This is not about submitting theories or hypotheses or evidence for public debate. This is about using ‘science’ to stifle public debate and change the way people think and behave”.

Another theory was advanced by none other than the founder of Greenpeace, Dr Patrick Moore, who subsequently saw the light. He suggested that after the failure of Soviet communism, neo-Marxists used green language to cloak agendas that had more to do with anti-capitalism and anti-globalisation than with the science of ecology.

That certainly corresponds with the real agenda of Extinction Rebellion, a leak from whose computer database revealed that its aims include “to build structure, community and test prototypes in preparation for the coming structural collapse of the regimes of western ‘democracies’ — now seen as inevitable due to stored-up crisis. Thus preparing a foundation to transform society and resist fascism/other extremes. This includes creating Rising from the Wreckage – a citizens’ assembly based on sortition [random selection]”.

Another scientist has heard other echoes. Professor Paul Reiter, professor of medical entomology at the Pasteur Institute in Paris and a former expert reviewer for the IPCC, was appalled by the IPCC’s false claims about the increased risk from global warming of malaria, a disease on which Reiter is a world expert. And he noted the parallels between the global warming scam and “Lysenkoism” in the Soviet Union.

Trofim Lysenko was an agricultural scientist who claimed falsely that he could eradicate starvation by modifying seeds before cultivation and thus multiply grain production. He argued that conventional genetics was ‘fascist genetics’. Opposition to him was not tolerated. As a result, between 1934 and 1940 numerous geneticists were shot or exiled to Siberia and starved to death, including the Director of the Lenin Academy of Agricultural Sciences in 1943.

Lysenko took his place and in 1948 genetics was labelled ‘bourgeois pseudoscience’. The ban on genetics was lifted in 1965 after tens of millions had starved to death because Lysenko’s agricultural polices had not produced enough food.

Reiter commented: “One of the few geneticists who survived the Stalin era wrote: ‘Lysenko showed how a forcibly instilled illusion, repeated over and over at meetings and in the media, takes on an existence of its own in people’s minds, despite all realities’. To me, we have fallen into this trap”.

The “climate emergency”, which we are told threatens the imminent collapse of civilisation and the extinction of humanity, is a dogma being enforced by a culturally totalitarian tyranny. Threatening the living standards of millions, permitting no challenge and wrecking the livelihoods and reputations of any who dares dissent, it has been created by a repudiation of science, humanity and reason: the very markers of modernity and the west. This is the real emergency.