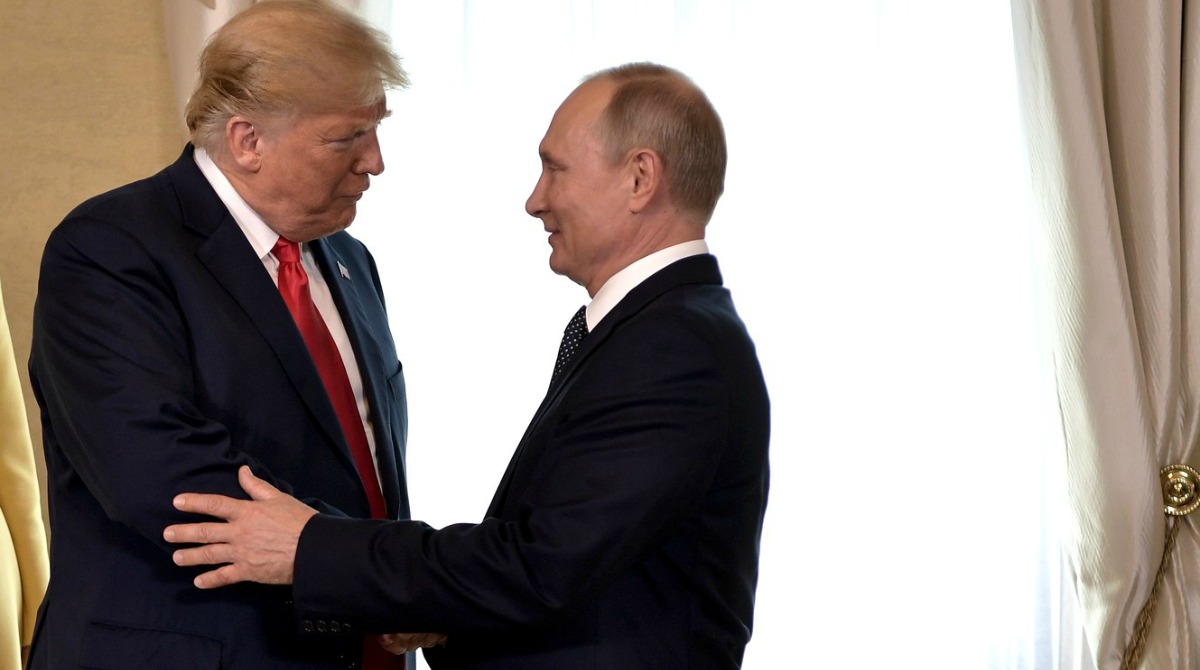 Just as Trump Derangement Syndrome has long caused opponents of President Donald Trump to lose touch with reality, restraint and reason, so its opposite pathology, Trump Adoration Disorder, has caused various folk to perform mental somersaults over the debacle in Syria.

For they don’t regard his abrupt decision to pull US troops out of north-eastern Syria as a debacle. They regard it as an act of genius, just like Trump does himself.

Well, apparently he didn’t abandon the Kurds at all. Instead, he forced Turkey to walk into a trap; suddenly its president, Recep Tayyip Erdogan, found himself up against an array of powerful foes in the region and  panicked so badly he was begging for a deal to solve the Kurdish problem, the one that has eluded everyone else for years. Genius!

Now a letter has surfaced that Trump sent to Erdogan, apparently written three days after his fateful phone call, in which Trump asked him not to be responsible for “slaughtering thousands of people” or making Trump responsible for “destroying the Turkish economy — and I will”.

Trump asked him instead to negotiate with General Mazloum (Gen. Mazloum Abdi, the commander of the Kurdish-led Syrian Democratic Forces) to “make a great deal” with concessions that the general “would never have made in the past”. He concluded: “History will look upon you favourably if you get this done the right and humane way. It will loom upon you forever as the devil if good things font happen. Don’t be a tough guy. Don’t be a fool! I will call you later”.

Now, does that sound like a panicky Erdogan desperate to get himself out of the jam he is in? It sounded to me like the boot was on the other foot, and it was a panicky Trump who was doing the begging and pleading.

“President Tayyip Erdogan told U.S. President Donald Trump that Turkey will never declare a ceasefire in northeastern Syria and that it will not negotiate with Kurdish forces it is fighting in its offensive into the region.” And he reportedly threw Trump’s letter in the bin.

That sounds to me as if Erdogan, presented with a suddenly toothless America, was now tweaking its tail while kicking it in the belly. Trump even undercut the hapless vice president Mike Pence, who went to Ankara to negotiate a ceasefire, after Trump declared yesterday:

“I view the situation on the Turkish border with Syria to be, for the United States, strategically brilliant. Our soldiers are out of there, they’re totally safe.”

But as the Guardian reported:

“The claim was untrue. There are reported to be hundreds of US troops still in the border area, where they have come under fire from Turkish-backed forces. The president seemed unaware or in denial of the precarious and volatile situation in the region for US troops and the Kurdish inhabitants.”

Now Pence and Secretary of State Mike Pompeo have secured with Turkey a 120-hour ceasefire “to allow Kurdish fighters to withdraw from the region”.  Since Turkey’s aim was to get rid of the Kurds from this “buffer” zone, that would seem to mean the US has negotiated Turkey’s victory and the total surrender of the Kurds, thus betraying them for a second time in a few days.

And so what has been achieved so far? Turkey did indeed invade Syria and attack the Kurds. Sources in the Trump administration reportedly say they hadn’t believed it would actually do so. Well, duh. Hundreds of thousands of Kurds have fled. Unknown numbers have already died. The US has now agreed  with Turkey the terms of the Kurds’ surrender.  Erdogan is on course to achieve what it was feared he would attempt: the ethnic cleansing of the Kurds.

Not surprisingly, the Kurds have promptly followed the iron law of the Arab world: to go with the strongest horse. The US, which they mistakenly thought was the strong horse in the region and would protect them, has instead turned tail and bolted. So they have made a new alliance instead with Syria. In other words, the west’s erstwhile bravest and best allies in that charnel house have now surrendered to their Syrian foe.

At a stroke, therefore, Trump has helped strengthen Syria’s president Assad (whom the US should want to weaken), has further empowered Syria’s puppet-masters in the Iranian regime (which it should want to destroy) and has given a further enormous fillip to Russia, with President Putin once again stepping into the vacuum left by America departing the stage – which has enabled Putin to become the grand ring-master of this deadly circus.

These endless wars in the Arab world are not our problem, says Trump; my “strategically brilliant” move has meant our troops are now 7,000 miles away.

So the US has given up its potential to control events there that are crucial for the security of America and the west and ceded that power instead instead to Putin, the west’s arch-foe. The well-informed and authoritative Jonathan Spyer observes:

“The SDF consists of some 100,000 seasoned fighters. Until this week it was the sole armed force able to operate east of the Euphrates. Since late 2015, when U.S. Special Forces helped to midwife the alliance, the SDF’s constituent parts—the Kurdish People’s Protection Units (YPG) as well as Assyrian Christian forces and Arab tribal militias—have fought under a single banner. In the victorious campaign to retake territory from Islamic State, the SDF has been the decisive actor and the U.S. ground partner of choice. Suddenly this powerful army appears to be coming under Russian control”.

And that’s all apart from the betrayal and abandonment of the west’s erstwhile Kurdish allies – not to mention  the possible resurgence now of ISIS, some of whose deadly jihadi members fled from prison as the Kurds were driven out.