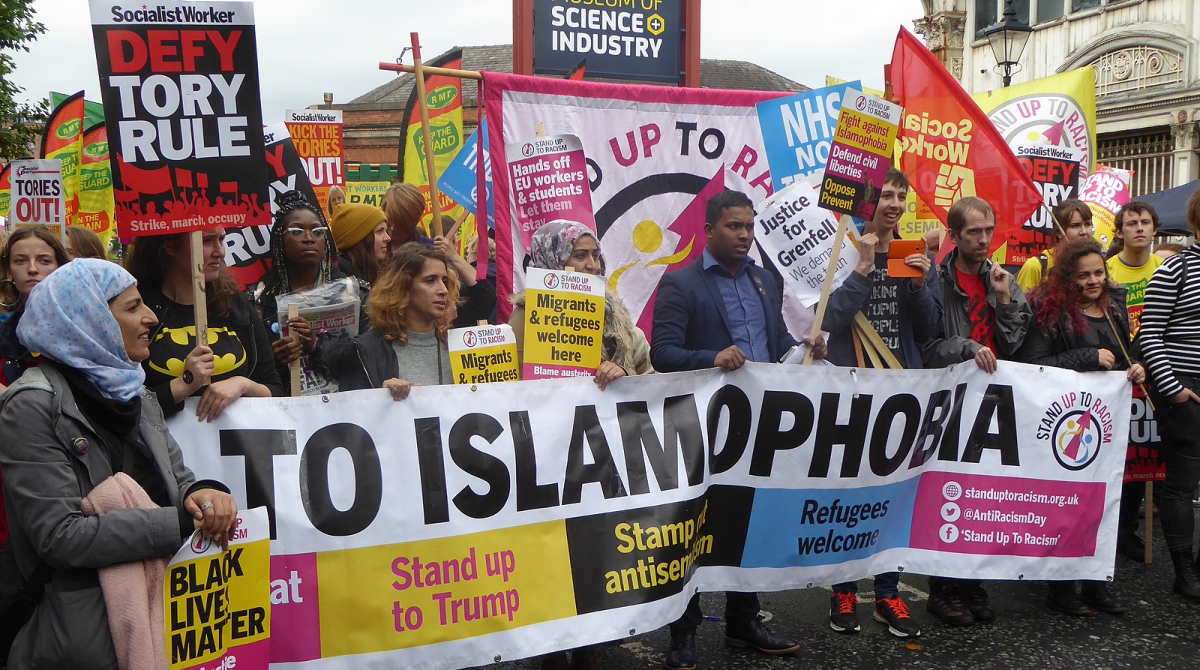 In December 2018, the All-Party Parliamentary Group on British Muslims (APPG) published its “Report on the inquiry into a working definition of Islamophobia / anti-Muslim hatred”.

This decreed that “Islamophobia is rooted in racism and is a type of racism that targets expressions of Muslimness or perceived Muslimness.”

The government’s response was wary. It observed that the MPs’ proposed definition “has not been broadly accepted – unlike the IHRA [International Holocaust Remembrance Alliance] definition of antisemitism before it was adopted by the UK government and other international organisations and governments. This is a matter that needs further careful consideration”.

Well no, it isn’t. Antisemitism is a uniquely unarguable form of bigotry — a murderous, paranoid, mendacious and irrational hatred of Jews, Judaism or the collective Jew in Israel.

There is undoubtedly bigotry against Muslims, among people who dislike them on principle and lump them all together as a sinister force. And that is as unacceptable as any other form of true prejudice.

However, the term “Islamophobia”, which emanated from the Muslim Brotherhood, is not aimed at eradicating bigotry. It is designed instead to anathematise and silence all criticism of Islam or the Islamic world, including legitimate and necessary criticism of Islamic extremism, Islamic terrorism, or those troubling elements of Islamic religious doctrine which give rise to extremism and terrorism. It would thus also serve as a backdoor offence of blasphemy reserved to the Islamic faith alone. Antisemitism is the murderous hatred of Jews; “Islamophobia” seeks to silence criticism of the murderous hatreds within the Islamic world.

As the National Police Chiefs’ Council commented on the APPG report: “We are concerned that the definition is too broad as currently drafted, could cause confusion for officers enforcing it and could be used to challenge legitimate free speech on the historical or theological actions of Islamic states. There is also a risk it could also undermine counter-terrorism powers, which seek to tackle extremism or prevent terrorism”.

Exactly. So the government’s wariness was proper and necessary. This, however, has not deterred the press watchdog, the Independent Press Standards Organisation (IPSO), from launching its own attempt to curb the independence of the press in holding the Islamic world to account.

Whether through indifference, the effects of growing cultural intimidation or chronic distraction by Brexit, this has received very little media scrutiny. Policy Exchange, however, was paying attention, and has produced a valuable and damning report on IPSO’s attempt to circumscribe discussion of Islamic issues.

Its authors, the former diplomat and Arabist Sir John Jenkins and Will Heaven, director of policy at Policy Exchange, observe that IPSO has has both compromised its independence and come close to going beyond its remit in collaborating with partisan Muslim bodies – which seek to foster a narrative of grievance and victimhood – in order to encourage “sensitive reporting” – a euphemism for self-censorship.

The authors write that IPSO seems to be implicitly encouraging the media to “tiptoe around issues to do with Islam” and suggesting that “journalists should take a different approach to covering Muslims than that employed towards other faith groups”.

“More generally, we must ask: is it really the role of journalists to consider community cohesion before truth and accuracy? And what are the potential consequences of such an ethos? It is salutary here to note that the inquiries into the “Trojan Horse” conspiracy in Birmingham by Peter Clarke and Ian Kershaw respectively, both found that Birmingham City Council had been reluctant to tackle schools which were known to be problematic, precisely because they feared that such action might damage community relations.

“Similarly, Judge Richard Mawrey QC’s scathing judgment in the case of Lutfur Rahman [the Bangladeshi-born former mayor of Tower Hamlets who was removed after being found guilty of electoral fraud] pointed to the way in which Rahman’s opponents had been cowed by the fear that they would be labelled Islamophobic. Do we really want to export such timidity and apathy across the UK media? Surely, the risk of causing “offence” should never be a consideration in either reporting or comment?”

The authors conclude by asking “whether the IPSO ‘guidance’ process is being used to advance the kind of ‘anti-Islamophobia’ agenda promoted by the APPG on British Muslims – effectively the ‘definition’ by other means – despite the fact that the Government has deemed that definition not fit for purpose”.

Well, it certainly looks that way.

Where all this threatens to lead us is nothing short of a state of intellectual terror — which has already arrived just across the English Channel. As Guy Milliere reports, the label of “Islamophobia” is silencing free speech in France.

“In a keynote speech, the journalist Éric Zemmour harshly criticized Islam and the Islamization of France. He described the country’s “no-go zones” (Zones Urbaines Sensibles; Sensitive Urban Zones) as “foreign enclaves” in French territory and depicted, as a process of “colonization”, the growing presence in France of Muslims who do not integrate.”

Zemmour’s speech was broadcast live on TV. The channel was immediately accused of contributing to “hate propaganda” and there were calls to shut it down and sack Zemmour. He was likened to the Nazis and subjected to multiplying death threats. “Some posted the times Zemmour takes the subway, what stations, and suggested that someone push him under a train”.

And how did the French state respond to this appalling campaign of intimidation and attempt to silence legitimate debate?

“The French government officially filed a complaint against Zemmour for ‘public insults’ and ‘public provocation to discrimination, hatred or violence’. The investigation was handed over to the police.

“…In a society where freedom of speech exists, it would be possible to discuss the use of these statements, but in France today, freedom of speech has been almost completely destroyed. Writers other than Zemmour have been hauled into court and totally excluded from all media, simply for describing reality.”

Do please read it all.

Isn’t it wonderful that Britain’s got IPSO to robustly defend freedom of speech?