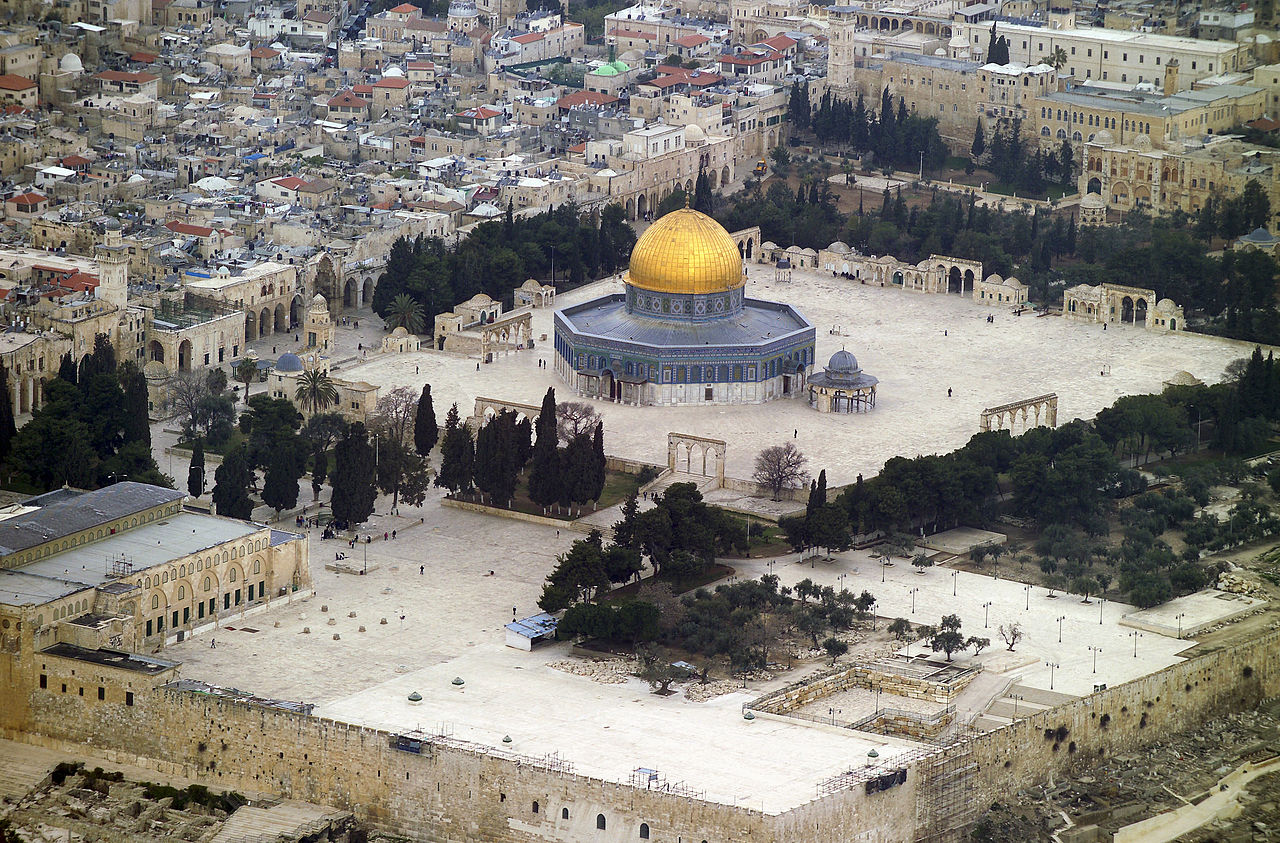 Palestinian hostility to the Jewish homeland is so pathological they perpetrate the most ludicrous falsehoods to write the Jews out of their own history.

This week, UNESCO doubled down on its shameful resolution erasing the historic connection of Judaism and Christianity to the Temple Mount, the holy of holies of the Jewish people, defining it instead as a “Muslim holy site of worship.”

For good measure, the original resolution also condemned the “escalating Israeli aggressions and illegal measures” against the department in charge of Jerusalem’s Muslim holy places and deplored “the continuous storming of Al-Aksa mosque/ Al-Haram al-Sharif by Israeli right-wing extremists and uniformed forces.”

This rewriting of Jewish history and religious belief amounts to a jihad of the lie. The false claims of Israeli aggression, projecting the Arabs’ own unceasing violence, cultural vandalism and terrorism over Temple Mount onto their Jewish victims, are incendiary lies which fuel murderous attacks on Jews and in which UNESCO has now made itself complicit.

Of all the disturbing issues of our time, the most fundamental is the collapse of the distinction between truth and lies.

When post-modern society decided that the notion of objective truth was bunk and so everything was relative, it also destroyed the idea of a lie. If there’s no such thing as truth, there can be no such thing as a lie. Everything becomes merely a matter of opinion.

These lies are also believed by many in the West. For while only some Westerners are consumed by anti-Jewish bigotry, most are no longer educated to distinguish lies from factual evidence. They are taught instead to afford equal respect to “competing narratives.”

Profoundly ignorant about the Middle East, many have thus swallowed the patently ridiculous lie that the Jews have no historic connection to the land of Israel, whose indigenous people were instead the Palestinians.

Next year marks the centenary of the Balfour Declaration, the letter written in 1917 by British Foreign Secretary Arthur Balfour. This committed the UK government to establish a Jewish national home in what was then called Palestine.

As the latest front in their campaign to delegitimize and destroy Israel, the Palestinians have now threatened to mark this anniversary by a year-long campaign of fabrication and distortion.

Last July, the Palestinian Authority absurdly threatened to sue the British government over the Balfour Declaration. PA “foreign minister” Riyad al-Malki said it “gave people who don’t belong there something that wasn’t theirs.”

This is a lie. Israel has only ever belonged to the Jews, the sole extant indigenous people of the land. This has been acknowledged by Arabs themselves.

In 1918 Sherif Hussein, the guardian of the Islamic holy places in Arabia, wrote that the Jews streaming back to Palestine were “exiles” returning to their “sacred and beloved homeland.” In March 1919 Emir Faisal wrote: “We will wish the Jews a hearty welcome home.”

A few days ago in London, a campaign to get Britain to apologize “for its past colonial crimes in Palestine” was launched at the House of Lords, no less, by the Palestine Return Center.

The meeting brought together “Jewish conspiracy” theorists, Holocaust deniers and other Jew-haters in a display of open antisemitism. The lies of antisemitism are fed by, and feed into, lies about Israel.

Now the PRC claims that when the Balfour Declaration was written “the indigenous Palestinians amounted to 90% of the total population.”

The claim that Britain gave a Palestinian country to the Jews is a lie.

On July 24 1922, the League of Nations unanimously gave its recognition to “the historical connection of the Jewish people with Palestine and to the grounds for reconstituting their national home in that country.” As a result, it gave Britain a mandate to settle the Jews there as of right.

In 1917 the Arabs living in Palestine did not identify themselves as Palestinians. They were either nomadic or identified with Arab countries, such as Syria. When people referred to Palestinians in the first half of the last century, they meant the Jews.

The Jews are the only people for whom the land of Israel was ever their national kingdom. It is the Arabs who are bent upon a colonialist crime, seeking to steal the Jews’ land from them once again.

As ever, though, Israel’s government, with its swaggering, macho refusal to deal strategically and forensically with the cognitive war being waged against it, has responded merely with sarcasm and outrage.

Israel needs instead to educate the world in quite how unhinged these lies are.

For many in the West themselves don’t know the true facts and so don’t understand that the Palestinians are motivated by a madness.

These lies prove unequivocally that the real agenda of even so-called “moderate Palestinians” is to eradicate Israel. Their hostility to the Jewish homeland is so pathological they perpetrate the most ludicrous falsehoods to write the Jews out of their own history.

The Palestinians think their big historical lie will finish Israel off. In fact it could rebound on them badly and finish off their own cause – but only if Israel recognizes the opportunity it should now seize.