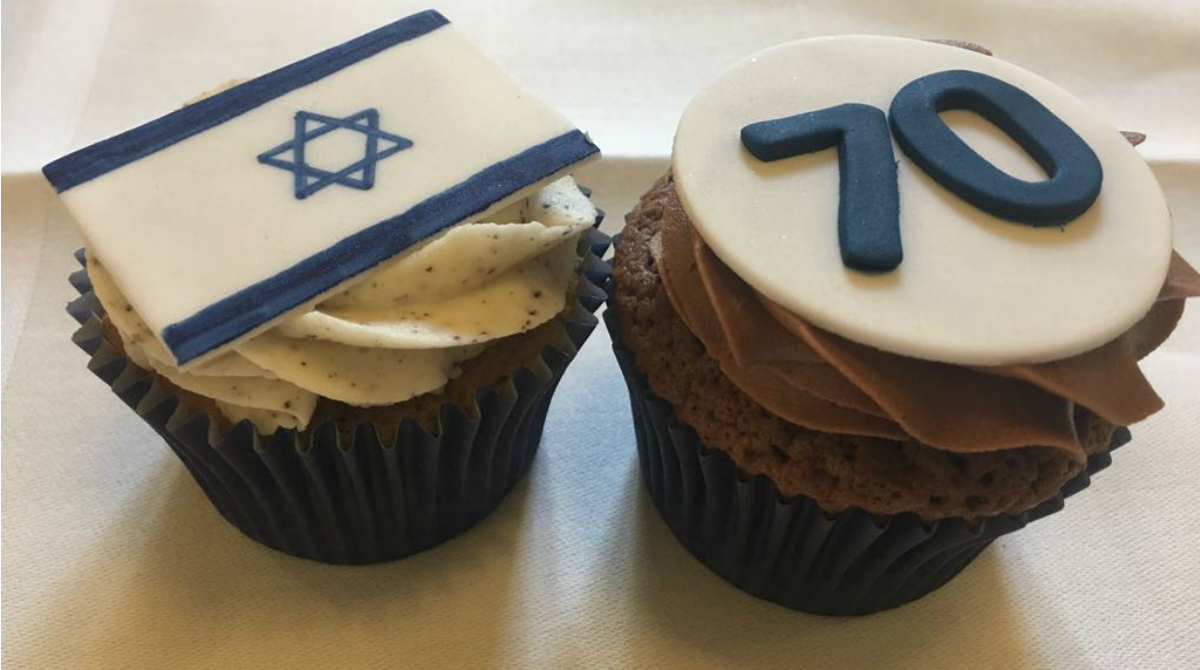 The State of Israel is 70 years old today and I am writing from its capital city, Jerusalem.

I realize that for most of you, the words I have just written will cause your gorge to rise. In Israel, they are a source of jubilation.

Israel’s rebirth as the Jewish national homeland out of the ashes of the Holocaust was in itself an astonishing achievement, unique in the annals of the world.

For it to have survived the unparalleled attempts to destroy it ever since is regarded by many as nothing short of miraculous.

Yesterday was Israel’s annual remembrance day. When the sirens sounded, the country paused and bowed its head. It’s the day when Israel mourns the price in blood it has had to pay for existing at all: 23,646 fallen Israeli soldiers and 3,134 Israeli civilians murdered through terrorism.

More than 26,000 dead—with most of the military casualties consisting of Israel’s precious young who must be conscripted to defend their country—purely because there are people determined to prevent the Jews from living in their own ancestral homeland.

But you know all about that because you are the people killing them.

Despite all this, you have been forced to watch as Israel has not only survived but become the strongest state in the region, stronger even than many countries in the developed world.

While your economies are one giant basket-case disguised only by the now fast-disappearing oil weapon, Israel has become the “start-up nation” with its economy booming.

While your birth rate is falling off the edge of a cliff, Israel’s average of three births per woman is nearly double the fertility rate for other industrialized countries in the OECD.

Your one undoubted success has been to get the Europeans on your side in your campaign of demonization and delegitimization of Israel. Well, good luck with that one.

European culture is itself in danger of going down the tubes as the result of uncontrolled migration. The Europeans may think they support you against Israel, but the harsh reality—which is about to get a whole lot harsher for them—is that they will increasingly need Israel’s support against you.

We understand why you hate Israel. Paranoid hatred of the Jews is embedded in your religious texts. Moreover, since you believe that any land ever occupied by Muslims becomes Muslim land in perpetuity—and since the very idea of the Jews being your equals in ruling their own land is anathema to you—your culture of honor and shame means that you cannot accept a Jewish state in a region you claim as your own.

So we know you will never accept that Israel is entitled to exist. Nevertheless, you are actually fighting a much bigger enemy than the Jews—an enemy to which you are losing hands down. That enemy is modernity.

For all the terrible violence and mayhem you have unleashed in the cause of Islamic holy war, your purpose is ultimately defensive. You realize that, in its freedom for the individual and particularly for women, modernity poses a mortal threat to Islam.

Unlike the ignorant west, you know that Islam does not mean peace. It means submission. Modernity means submission can no longer be enforced. Which is why, in its seventh-century form at least, Islam is on the way out.

Too late: the genie is out of the bottle. In Iran, women are throwing off their hijabs; as a result, the clerical regime terrorizing the Iranian people is trembling. The Iranian people are refusing to submit; and if enough of them rise up, the Islamist regime will be toppled and modernity will have won.

In Saudi Arabia, the Crown Prince has realized that unless the country modernizes, it will die. Accordingly, some repressive social rules have been relaxed with more reforms promised.

Yes, these are only small steps. But the Crown Prince, who also needs western backing to fight the Iranian regime, has come to understand that rather than fighting modernity he needs to make some kind of accommodation with it. And he seems to have concluded something similar about Israel.

And look at the Palestinian Arabs. In Gaza, Hamas is having to force them through threats and violence to rush the border fence with Israel. More and more Israeli Arabs want to be known just as Israelis. Arabs living in the disputed territories by and large don’t want to live in a despotic and corrupt Palestine state. They want Israeli passports and to live in Israel, under the rule of law and guarantees of human rights.

An increasing number of the Arab young, who are on Twitter and Facebook and all the rest of it, don’t want to fight the unending battles of the seventh century.

Of course, none of this means the Palestinian Arabs are about to abandon their war to destroy Israel; opinion polls suggest widespread continuing rejectionism. But the unstoppable force of modernity is meeting the immoveable object of Islam, and modernity will win.

Dear Muslim world, we Jews are fated always to be yoked to you. How could it be otherwise? We are half-brothers and sisters, sharing the same father although we have different mothers (and we didn’t treat yours very well). Like it or not, we are part of the same extended family.

We know that families, especially stepfamilies, can be arenas of resentment and hatred. Despite the murderous hatred you have shown us over the last 70 years and previously, we Jews don’t hate you. Nor do we need you to love us. We just want you to get over yourselves and collectively grow up.

If you finally were to decide to end your war against us in Israel, finally decide that you love your children more than you hate us, finally decide that instead of trying to destroy Israel you want it to help you accommodate to modernity, you will find our hands extended in friendship. But if you try to remove us from the earth, we will destroy you.

Dear Muslim world, wake up and smell the coffee. The Jewish people has defied all the odds over and over again and will continue to do so. You may break our hearts by killing our loved ones but you won’t break us. Progress and modernity will destroy you instead.