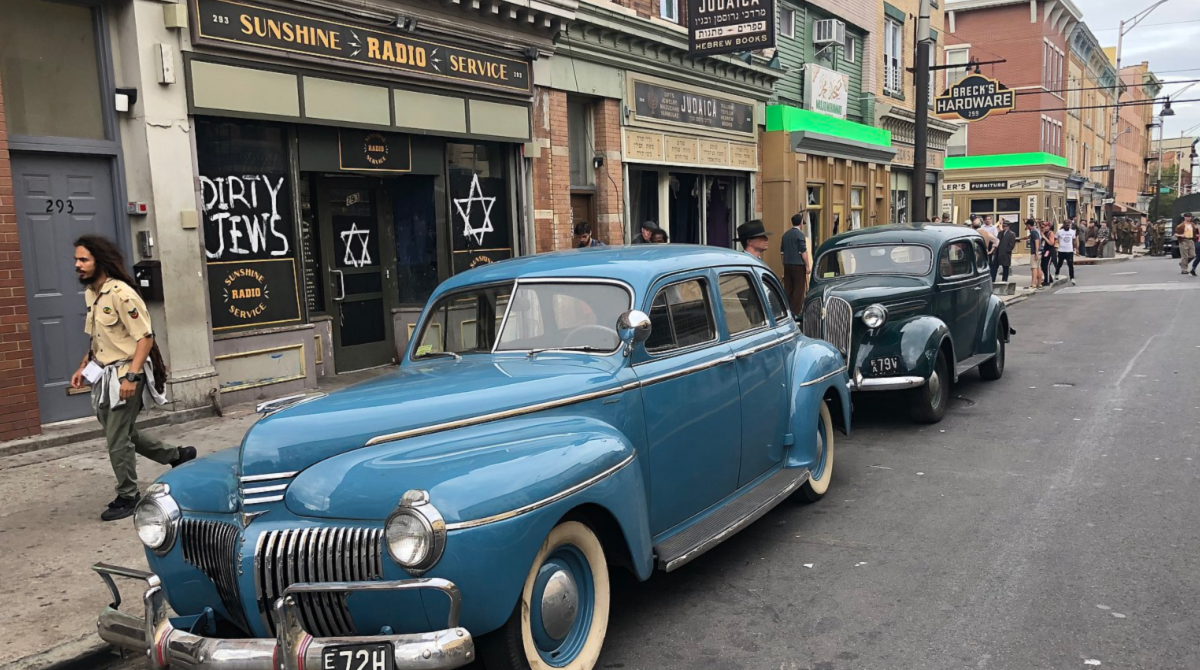 The coronavirus pandemic has produced an intensification of anti-Jewish paranoia.

One guest on Turkish television said “Jews, Zionists have organized and engineered the novel coronavirus as a biological weapon just like bird flu” to “design the world, seize countries and neuter the world’s population.”

Similar vile theories are circulating in the West. False claims are being spread that Israel hasn’t helped the Palestinians in this crisis. In fact, Israel, has distributed testing kits to the Arabs in Gaza and the disputed territories, while its health ministry has provided Arab Israelis with comprehensive advice on the virus.

In the United States, the Anti-Defamation League has reported that far-right extremists are hoping that the virus will kill Jews, while simultaneously claiming that Jews themselves are responsible for creating it, are spreading it to increase their control over a decimated population or are profiting from it.

None of this is surprising. At times of apocalyptic dread, conspiracy theories abound and these invariably target the Jews.

Less remarked upon, however, is our era’s general loss of reason and impulse to make scapegoats. And, of course, one such figure has become for many an enemy of humanity.

In a piece for the online publication Alma, Rabbi Emily Cohen urged people to fight anxiety about the virus by thinking about good things rather than bad. “Why would you want to think about Haman in the White House?” she asked.

This casual defamation would be abhorrent from anyone, but from a rabbi it is stupefying. As recounted in the Purim Megillah, Haman intended to commit genocide against the Jews of Persia.

However much U.S. President Donald Trump may be loathed, to liken him to a tyrant who intended to destroy the Jewish people suggests either ignorance of Judaism itself or a willingness to distort it in order to bash Trump. And this against someone considered by many Jews to be the most pro-Israel and pro-Jewish US president ever.

Unhinged hatred of him courses nevertheless through much of America’s Jewish community. Now it has also emerged as an undercurrent in the six-part TV adaptation of the Philip Roth novel, The Plot Against America, which started airing this week.

The novel revolves around a fictional alternative history: that the isolationist and antisemite Charles Lindbergh defeated Franklin Roosevelt in the 1940 presidential election, signed a non-aggression pact with Hitler and unleashed bigotry, discrimination and violence against American Jews.

The show’s producer, David Simon, says he turned down the opportunity to make this TV series during the presidency of Barack Obama. This was because, he says, at that time “I was convinced that America was moving beyond that kind of demagoguery.”

With the election of Trump in 2016, however, he decided that America had now embraced it, empowering sections of society to turn on black and brown-skinned people as well as Jews.

So the inescapable implication, seized upon by many commentators, is that Trump is a kind of reincarnation of Lindbergh.

As Vanity Fair put it: “Through these diverging and intersecting narratives we get a map of the whole country in the grip of a terrible epoch: a surge of white nationalism, a rise in authoritarian crackdown from law enforcement agencies, a presiding fear that something even worse is coming. Which is all to say, it seems awfully similar to life in the era of Trump: a celebrity president who has emboldened and empowered some of the worst people in America.”

Really? Is this a recognizable picture of America?

Obviously, there’s been a frightening surge in anti-Jewish and other animosity. But to pin this on Trump is itself a grotesque example of irrational hatred.

Trump has many flaws. But the claim that he opened the floodgates for racism and anti-Jewish hatred is a shocking smear.

It rests principally on the distorted account of his remarks after the August 2017 rally in Charlottesville, Va., which degenerated into violent clashes between white supremacists and anti-racist agitators and resulted in the death of a 32-year-old woman. Despite Trump’s clear condemnation of white supremacists, his attempt to defend people at the rally who were protesting the removal of Confederate statues but who were not far-right extremists was grossly misrepresented as support for neo-Nazis.

Moreover, he can hardly be blamed for the surge in the far-right that is occurring across Europe as well, and is mainly a reaction to what is seen as an unaddressed threat from mass immigration.

As for Simon’s “authoritarian crackdown from law enforcement agencies,” this is merely an attempt by the Trump administration finally to enforce the law of the land against illegal immigration that has been ignored for so long.

By contrast, the deliberate targeting of conservative groups by the Internal Revenue Service under the Obama administration really was a sinister abuse of state power.

Simon’s highly selective indignation is not directed at the rise of anti-white and anti-Jewish racism in progressive causes such as Black Lives Matter or the Occupy movement.

It is not directed at the anti-Israel and anti-Jewish venom on campus that long predated Trump’s arrival in the White House. It skips over the two decades during which Barack Obama worshipped in the church of the anti-white pastor Jeremiah Wright.

It ignores Obama’s alliance with antisemites such as Al Sharpton and Louis Farrakhan and the Nation of Islam; the high proportion of Judeopobes and anti-Zionists among his advisers; and his hostility towards Israel and ties with pro-Palestinian activists.

And it is blind to the anti-Jewish and anti-Israel bigotry in the current Democratic Party from members of “the Squad” of four congresswomen who continue to make headlines for their antisemitic rhetoric and actions.

Philip Roth himself never claimed any political analogy for his novel, which was published in 2004. But the narrative does carry echoes of something which American Jews have never subjected to proper critical scrutiny: the troubling record towards the Jewish people of President Franklin D Roosevelt, and the way in which the Jewish community slavishly supported him despite his appalling failure to provide a refuge for European Jews during the Holocaust.

In Roth’s novel, Rabbi Lionel Bengelsdorf, the religious leader of New Jersey Jews and the craven supporter of Lindbergh, resembles if anyone Rabbi Stephen Wise, the community leader who acted as Roosevelt’s cheerleader and thus sanitized his tacit acquiescence in the extermination of Europe’s Jews.

Bengelsdorf tells the Levin family, one of whose sons is sent to work the fields of Kentucky as part of the program of getting Jews to assimilate better into American society, that this is a great opportunity for the community. “The Jews of America can participate fully in the national life of their country. They need no longer dwell apart, a pariah community separated from the rest.”

The notion that supporting the president will make them blend into American society most certainly does not apply to American Jews today, the majority of whom oppose or even detest Trump. It is surely more of a comment on the community that followed Rabbi Wise in the 1940s, thus believing that they were protecting themselves by cozying up to those in power, and which largely continues to venerate Roosevelt to this day.

Through his art, Roth depicts eternal truths. His message — that Jews can count neither on government to protect them nor on their own community’s efforts to defend itself — is as valid today for the diaspora as it has ever been.

Those mining his novel instead for partisan hatred show that they are themselves part of the problem.