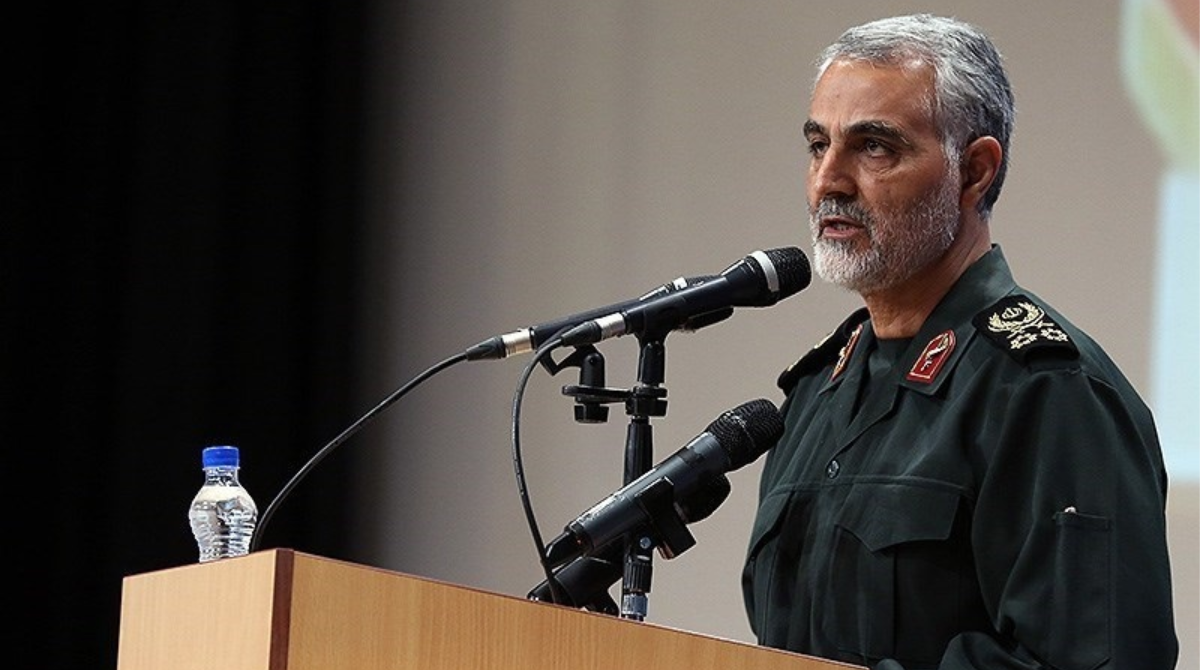 It’s impossible to exaggerate the importance of the elimination of the Iranian al Quds commander Qasem Soleimani. He was killed by a US airstrike which targeted him at Baghdad airport, where he had been met by his close henchman Abu Mahdi al Muhandis and who was killed alongside him in a vehicle convoy with five others.

This was America’s response to Iran’s escalating aggression, including an attack on US forces at an Iraqi military base on December 27 that killed a US contractor and wounded several others, and after an Iranian-backed mob attacked the US embassy on December 29 scrawling “Soleimani is my leader” on the guardhouses.

That day, the US launched a series of five airstrikes in Iraq and Syria that killed 25 members of the Iranian-backed militia, Kataib Hezbollah. But taking out Soleimani moves all this onto a different level altogether.

Soleimani has been described by some outlets as a terrorist leader. This is vastly to underestimate his importance. The al Quds force of the Islamic Revolutionary Guard Corps is part of Iran’s hugely powerful proxy army, and Soleimani was the regime’s key military strategist and military commander.

He launched countless military operations against US, Israel and others. He was responsible for hundreds of American deaths in Iraq. He was the invaluable architect of Iran’s territorial drive for regional incursion and hegemony.

Al Muhandis was also a key military player who was responsible for supporting the Iranian-backed militias, including Hezbollah in Lebanon, through which Iran has pushed for regional power.

How will the Iranian regime react to this devastating blow to their prowess and prestige?

President Trump, who ordered the strike against Soleimani, has already weakened the regime through reimposing sanctions. That in itself has helped inspire the immensely brave Iranian protesters who, despite suffering in their thousands murder, jailing and torture, have continued with their demonstrations aimed at bringing down the regime that has so oppressed them and ruined their country.

The killing of Soleimani may now encourage further destabilising demonstrations, not just in Iran itself but also in Lebanon and Iraq whose people have also been mounting unprecedented protests against the Iranian militias and Shia clerics responsible for the fanatical religious oppression of the people. The hitherto unthinkable US killing of Soleimani may now spur all these people to redouble their efforts to bring the tyranny down.

Even a mortally wounded serpent, however, can still cause death and destruction through the thrashing of its tail. America and Israel are now braced for Iran to retaliate. Since the middle of last year it has been escalating its aggression in the region, firing rockets at US bases, attacking oil tankers in regional waters and crippling Saudi Arabia’s most critical oil installation through a multiple missile strike.

So the regime will almost certainly use its still considerable malign power to retaliate. Whatever now happens, however, Trump has achieved something of incalculable benefit for America. He has got it off its knees.

President Jimmy Carter was paralysed by the 444-day Iran hostage crisis. President Clinton vacillated between sanctions against Iran and appeasement.

Most infamously, President Obama did a deal with the regime which would have allowed it to develop nuclear weapons after at best a ten-year delay, and which opened the way for millions of dollars to be funnelled into Iran to finance its continuing terrorist attacks, regional aggression and genocidal agenda against Israel.

Faced with attacks on American assets, Carter ran away, Clinton prevaricated, Obama actually helped fund them – but Trump ruthlessly and decisively killed the attacker. America is now back as a force to be reckoned with.

The Iranians had assumed, especially after the hawkish John Bolton left the administration, that the US would never take bold military action and would continue to be craven and spineless. Like so many others, they signally underestimated the maverick in the White House.

Trump is known as an isolationist because he is reluctant to get involved in any foreign wars. Bur when American interests are directly attacked, as we have just seen, he will be ferocious in response.

Now we have all learned something more about this president; and now the great struggle against the terrible evil of the Iranian Islamic Revolution enters a new phase.