On this centenary of the law giving British women limited voting rights for the first time in a general election, you may be interested to know that in 2004 I published a book, The Ascent of Woman, which was about the ideas behind the great campaign for the women’s suffrage. It’s a fascinating story, because the struggle for the women’s vote was bound up with other seismic changes in British society and social reforms all reflecting the overriding preoccupation with elevating human potential.

You can buy The Ascent of Woman from Amazon here and Amazon in the UK here. 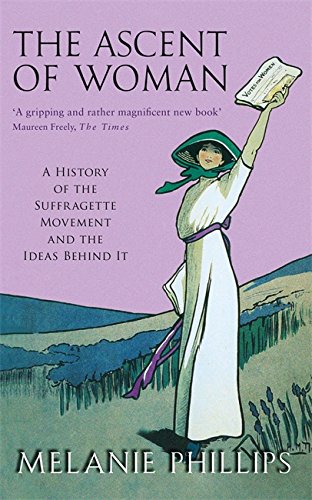